Officials of the Lagos State Environmental and Special Offences Unit, also known as taskforce, on Tuesday, arrested 16 miscreants over suspicion of causing violence and… 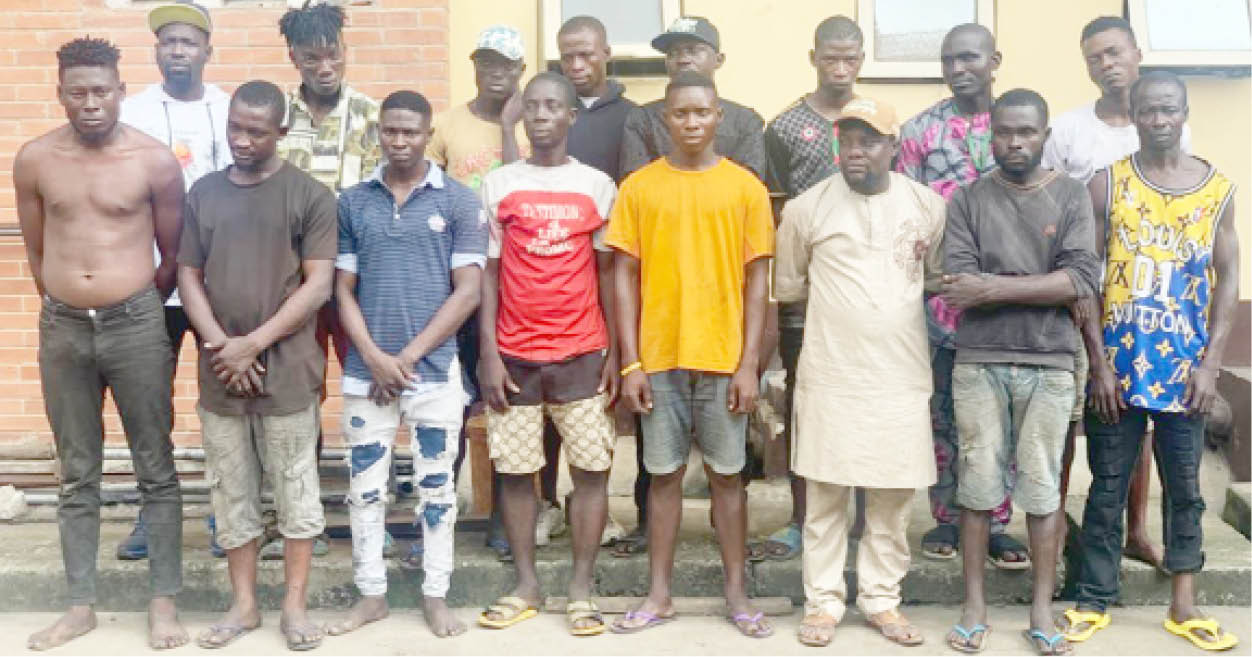 Officials of the Lagos State Environmental and Special Offences Unit, also known as taskforce, on Tuesday, arrested 16 miscreants over suspicion of causing violence and robbing commuters in Iyana Cele and Iyana Isolo areas of the metropolis.

The miscreants allegedly capitalised on the “no-work protest” embarked upon by drivers of commercial buses on Oshodi – Mile 12 Expressway to unleash mayhem on commuters.

The urchins set bonfires on the road, impeding human and vehicular movement.

Toluope Animashaun, a trader at Cele bus stop, alleged that the urchins also smashed windscreens and windows of private vehicles of those who refused to hand over their valuables.

She said the drivers were protesting a hike in the price of the ticket which they pay to members of the different transport unions in Lagos.

A driver told our correspondent who visited the scene that the drivers came out but refused to pick any passengers.

“How can we continue this way? Both the police and the state government seem to be in the pocket of the union members. This is why members of the union would vandalise parts of a vehicle of any driver who refused to pay the mandatory ticket money,” Chibuike Ani, a driver, said.

The Chairman of the Lagos State Taskforce, CSP Shola Jejeloye, who was in the area to maintain law and order as well as listen to some of the aggrieved protesters called for calm, assuring that government would address their grievances.

Jejeloye said machetes, charms, cudgels and other weapons were recovered from the miscreants.