Aishah Saleeman Nigerians are talented and they have made their mark in various capacities around the world. When Nigerians in Hollywood are mentioned, John Boyega,… 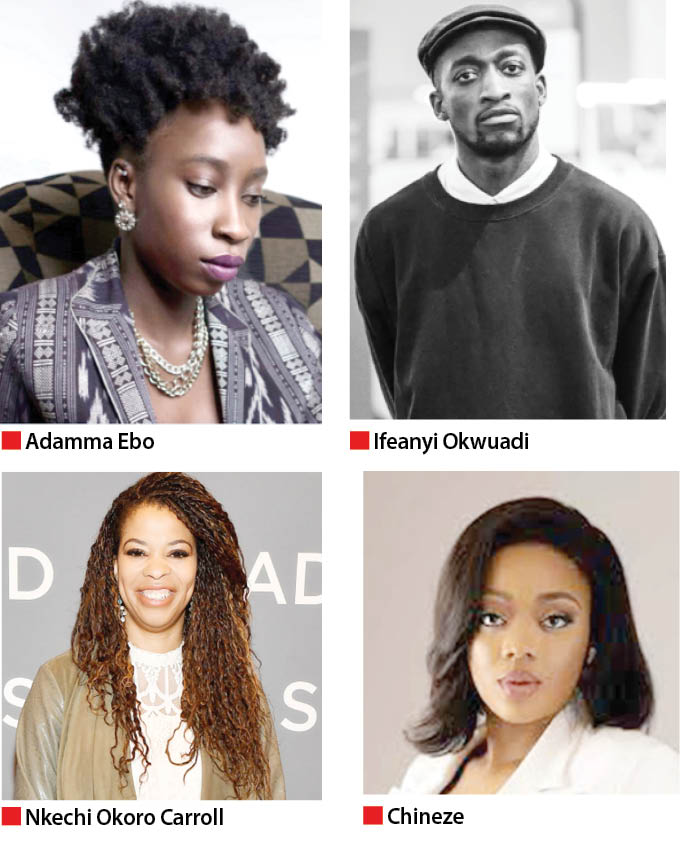 Nigerians are talented and they have made their mark in various capacities around the world. When Nigerians in Hollywood are mentioned, John Boyega, Chiwetel Ejiofor, Adewale Akinnuoye-Agbaje and Dayo Okeniyi steal the spotlight due to their glaring roles as actors but there are several Nigerians behind the scenes that are doing great things in the British and American entertainment industry. Obviously because, ‘take, action’ is not involved in their roles they are not well known in the industry. These talented young Nigerians have been part of award-winning projects and globally accepted movies, shows and series, including Coming to America 2, Bridgerton, Bones and Death to 2020

Adamma and Adanne Ebo are twins and founders of Ejime Productions.  They founded Ejime Productions with the intent to cultivate content focuses on multiple perspectives and intersectional experiences. The company produces and develops content for feature films, short films, television and digital platforms. Adanne Ebo is a graduate of Spelman College and Northwestern University School of Law. She had one of her earliest bouts with critical thinking when her church dedicated an entire sermon to the “evils” of Harry Potter. Adamma Ebo is also a graduate of Spelman College and UCLA’s graduate Directing/Production program. Raised to question everything, her critical outlook and scepticism of the world thrust her into her love and fascination with satire and dark comedies. Their last project was a short film ‘Honk For Jesus, Save Your Soul.’ “The making of the short was the first time that we realized that praise miming was not a universal concept. People thought we had made it up,” Adanne Ebo told Variety magazine.

Ifeanyi Okwuadi is an award-winning designer and one of the designers that worked on the second season of Netflix’s Bridgerton. The second season of the show occupied the top spot-on movies seen in Nigeria on Netflix several weeks after its release. It presently occupies the fifth spot on the chart of movies seen in Nigeria. The show has been described as Netflix’s most popular show, which some attributed to the array of fashion and styles displayed in the show. Okwuadi was one of the designers that participated in creating the costumes inspired by the regency era.  He won the Grand Prix of the Jury Première Vision (Fashion) at the 36th edition of the Hyères International Festival of Fashion and Photography. Born to a Sierra Leonean mother and a Nigerian father and studied textile design at Ravensbourne University, London spaking on his contributions to the Bridgerton collection, he told OkayAfrica that: “They had us propose some ideas, and I was a fan of the show from season one. I had watched it, so I had some ideas on what it’s about — the tailoring, the regency era. I was motivated to propose some ideas, and when I did, they loved it and took it up.”

She was a writer and producer for Bones from 2012 to 2015. She is also the producer of All American, an American sports drama television series that premiered in 2018. The spinoff of the show All American: Homecoming started showing on February 21, 2022. The mother of two said he hadn’t been in Nigeria in a while, “Every time I plan to go back, my mum offers to come over instead. But I took my older son back about 10 years ago. In that time, I have been to South Africa and Ghana. And Cote d’Ivoire, which was home for me for the longest time. But it’s funny that it doesn’t feel like I have been away for that long because my mum has nine sisters spread across Nigeria, the United Kingdom and here, and with all my cousins we are so connected that we often forget the last time any one of us was in the other’s continent. The culture and the essence of who we are as Igbos are very much alive in our household,” she said in an interview with OkayAfrica.

The sequel to Eddie Murphy’s Coming to America resonates with several Nigerians, especially with the performance of Nigeria’s award-winning singer and composer, Davido. The movie benefited immensely from the uniqueness of African culture. This, the producers exploited maximally with the fusion of braids, wigs and several styles. One Nigerian at the centre of this is Felicia Abiola-Okanlawon. She was alongside Dennis Bailey responsible for Leslie Jones’ personal hair and makeup. Felicia was also in charge of make-up in Death to 2020.  Death to 2020 is a 2020 mockumentary by Black Mirror creators Charlie Brooker and Annabel Jones under their Broke and Bones production company as a Netflix original production. The special features a series of fictional characters discussing US and UK events of 2020 including the COVID-19 pandemic and the US presidential election. It was released on Netflix on 27 December 2020.

Chineze is the founder of Xandria Productions specializes in production, acquisition, marketing and distribution of theatrical motion pictures within Africa and the international film Market. She is an award-winning director and a producer. In 2012, Chineze produced her first short film, ‘20 Years Later’, directed by Larry Ulrich. Her movie Ije, the journey is an exceptional movie that blended the African culture (Igbo) into the American culture. Chineze was born to Nigerian parents. She obtained her B.A in Theatre Art from the prestigious University of Abuja, Nigeria. In 2005, she moved to the United States where she obtained a master’s degree in Directing at the New York Film Academy.