On Monday, September 12, 2022, the Northern Governors Forum (NGF) and the Northern Traditional Rulers Council (NTRC) met in Abuja and called for the amendment… 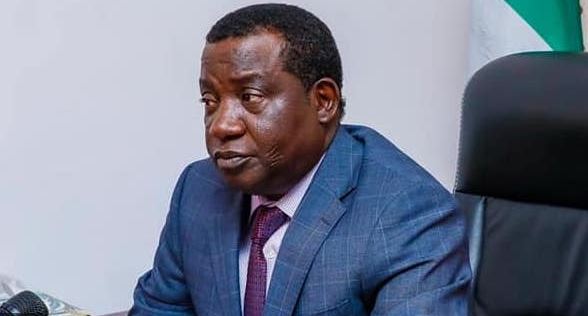 On Monday, September 12, 2022, the Northern Governors Forum (NGF) and the Northern Traditional Rulers Council (NTRC) met in Abuja and called for the amendment to the 1999 Constitution to give legal backing to the immediate establishment of state police.

Chairman of the Governors Forum and Plateau State governor, Simon Bako Lalong, who read the communiqué, said the meeting was held to, among other issues, “review the state of security in the North and other matters relating to the progress and development of the region.”

It was the first time the northern governors, along with the traditional leaders, were making a strong case for the establishment of state police. They explained that it was the only way to effectively tackle the lingering terrorism, insurgency, banditry, kidnapping and wanton destruction of lives and property in the region.

Hitherto, this call had been made by some persons from the North and the South regions.

The northern governors, along with their southern counterparts, under the aegis of the Nigeria Governors’ Forum (NGF), had on June 25, 2012, met in Abuja and called for State police to tackle the spiralling security crisis.

But on July 28, 2012, the 19 northern governors backtracked. In the communiqué announcing the U-turn, then chairman of the Northern States Governors’ Forum and Governor of Niger State, Dr Mu’azu Babangida Aliyu, said: “The Forum was not in support of the creation of state police.” It, however called for police reform that would involve the states in the control and management of police, including amendment of Section 215 of the 1999 Constitution.”

During the national confab, delegates on June 26, 2014, adopted the resolution in support of the establishment, funding and operation of state and community police based on state laws. Of course, none of the confab resolutions was implemented.

Also, the All Progressives Congress (APC) Committee on Restructuring headed by Governor Nasir El-Rufai of Kaduna State, recommended state police in its report on January 25, 2018.

We believe that the governors of the northern region did not reach this decision lightly. It must have been based on the insecurity challenges that they have had to and are still battling and should be taken seriously.

Clearly, the ability of the current security architecture to police Nigeria from Abuja, the Federal Capital Territory, and deal decisively with insecurity has become practically impossible. First, the country is grossly under-policed with a police personnel strength of about 371,800 for a population of over 200 million. This is well below the United Nations requirement of one policeman to 400 citizens.

Already, states, regional and local vigilante security networks have been established by governors, local government chairmen and communities to try to close the gap. For example, the Hisbah police in Kano State is enforcing Sharia Islamic law, there is the Borno State Civilian Joint Task Force (JTF), the Benue State Livestock Guards enforcing the Anti-Open Grazing Law, the Amotekun in the South-west region and Ebubeagu in the South-east part of the country. This means that state or community police already exist, though informally and without full legal backing.

Therefore, the call by northern leaders has added new momentum to the call for state police and it is time that this issue is looked into practically and given the support it requires.  The National Assembly is expected to play along. Already, Senator Ajibola Basiru (Osun Central) and Senate spokesman has said that he would reintroduce the bill for the immediate establishment of state police, which was not voted on by the Constitutional Review Committee.

That said, we cannot gloss over concerns that have been raised over this issue, which must be addressed for it to work.

In implementing state police, certain things must be fashioned out, including; to what extent will the operatives be armed? And how can it be guaranteed that armed state police would not end up as ethnic militia in a country where a single ethnic group dominates in most states?  There is also the fear of governors using or abusing state police for their own political ends? Governors already have too much power. State police under their control will only add more to their power. How this can be checked must be factored in, in implementing this idea among other issues.

The public good and national interest must be paramount. The modus operandi and the relationship with the Nigeria police must be spelt out.  And most importantly, whether federal or state police, they should be properly funded. They must not face the prevalent challenges of poor funding, lack of motivation, poor welfare services, lack of equipment and functional vehicles.

Personnel of state police must not suffer from non-payment of salaries. It is dangerous to give guns and other politicking powers to hungry personnel.

There is no doubt that the time for state police has come, therefore, all stakeholders must work towards its success.