Sylva: Bayelsa is an APC state, we will take over

The Minister of State for Petroleum, Timipre Sylva, has faulted the Governor of Bayelsa State, Douye Diri, over the poor state of infrastructure in the… 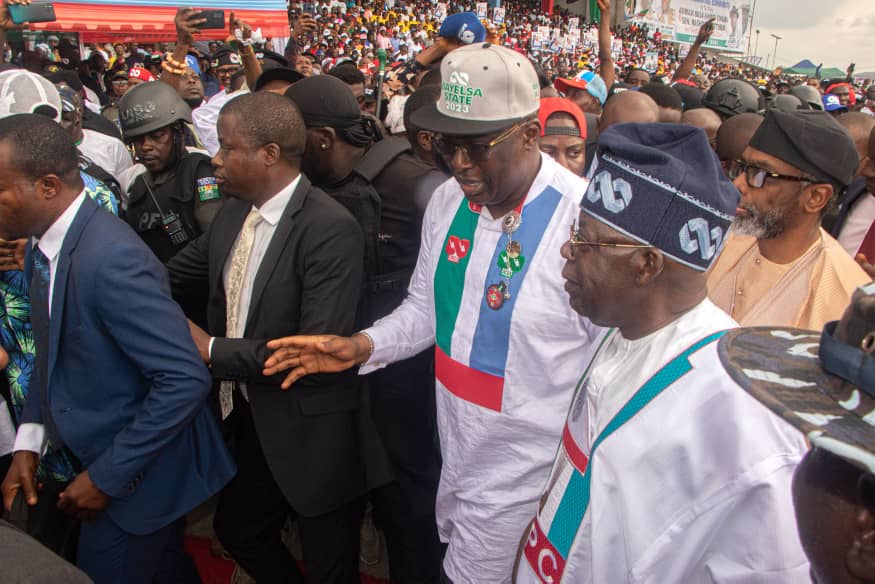 The Minister of State for Petroleum, Timipre Sylva, has faulted the Governor of Bayelsa State, Douye Diri, over the poor state of infrastructure in the state.

Speaking Thursday at the Tinubu/Shettima Presidential campaign rally in Yenagoa, Sylva while commenting on the position of Bayelsa as the second poorest state in Nigeria, said the incumbent administration did not prepare for governance.

Sylva, a former governor of Bayelsa State, said: “Bayelsa is an APC state. Look at the state of Bayelsa State now. This state, according to National Statistics, is the second poorest state in the whole of Nigeria.

“You can see why it is so. Can an umbrella protect you from the flood?

“We had serious flooding in Bayelsa that affected every home and every family in the state. The state government had been warned about it for a long time that the flood was coming but they had no preparation for the flood.

“You can also see when you walk on the streets of Bayelsa, you can see that they were not even prepared but today I am not here to talk about Bayelsa state because that battle is coming later and we know that that battle has already been won today.”

He also said the APC presidential candidate is the best among arrays of candidates jostling to succeed President Muhammadu Buhari in 2023.

According to Sylva, Senator Bola Ahmed Tinubu is very presidential.

“He has a track record that nobody can beat. When they asked me why I am so sure that Tinubu is the best Presidential candidate, I also asked them who is contesting with him because I don’t know,” the Minister said.

On his part, Yekini Nabena, who is the Chairman, campaign publicity committee, said they were using the outing to send a message to the Diri-led Bayelsa state government that the state belongs to the APC.

“We are all here, the state is in darkness, physically we are here, it is not on paper. We have seen everywhere, everywhere is dirty.

“Our state cannot continue to suffer in this present state. We must rescue the state – we are the second poorest state after Sokoto. How can that be?” Nabena stated.