Suspect: How I supplied foodstuff, delivered ransom to bandits in Zamfara

Alhassan Lawali, a suspected informant who worked for bandits in Zamfara State, has narrated how he supplied foodstuff and delivered ransom to bandits in the… 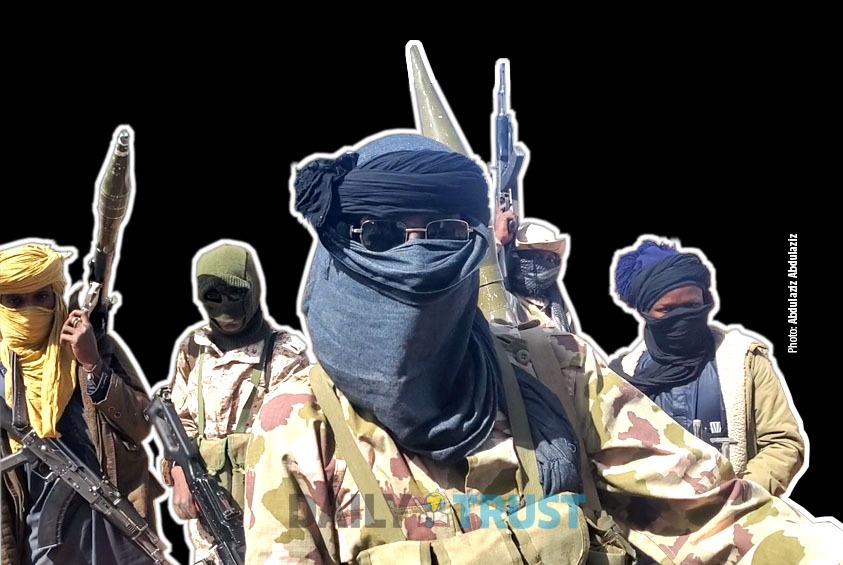 Alhassan Lawali, a suspected informant who worked for bandits in Zamfara State, has narrated how he supplied foodstuff and delivered ransom to bandits in the state.

Mohammed Shehu, police spokesperson in the state, announced the development at a media briefing.

According to Shehu, Lawali was arrested alongside one Mansur Usman as suspected informants on Wednesday.

He said: “In the course of interrogation, the suspect [Lawali] confessed to have supplied over 14 operational motorcycles to bandits in the forest at the rate of N750,000 each, of which he earned N15,000 per motorcycle. The suspect further confessed that over the years, he was the one repairing motorcycles for the bandits.

“The suspect, in his statement, also mentioned one Mansur Usman as his collaborator, who was later arrested by the police.

The state police operatives also arrested another suspect, who claimed to be an ex-soldier, with “a locally fabricated revolver gun, military camouflage uniform, fake military ID card, and other dangerous weapons” on Wednesday.

Shehu said police operatives on surveillance patrol along Gusau-Kotor Koshi-Mada axis arrested one Umar Namaro, who “confessed to be one of the notorious bandits terrorising Mada and Kotor Koshi. On spot search, one AK-49 and one Lar rifles and 174 round of live ammunition were recovered in his possession.”