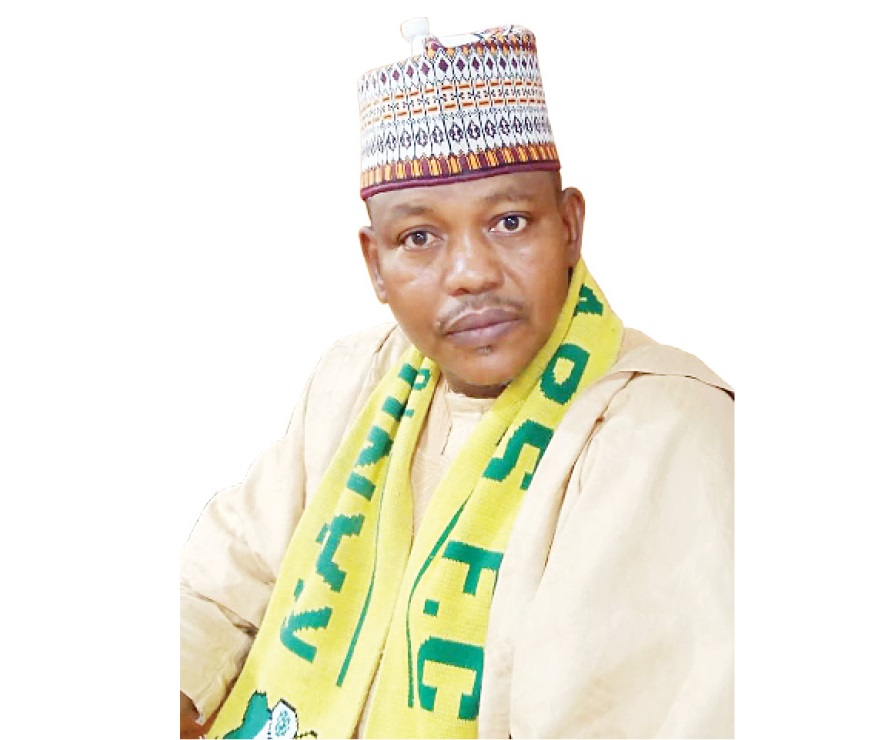 Speaking to Trust Sports after his inspection of the two stadia, the football administrator said the facilities on ground are good enough to host international matches.

Kano Pillars given approval to use ATB stadium Bauchi

He reiterated that Pillars will gladly accept any of the stadiums that would be picked for them by the Confederation of African Football, CAF.

– You recently embarked on inspection of facilities at ATB stadium Bauchi and Ahmadu Bello Stadium Kaduna, what is your assessment of the two stadiums? –

As you are aware, our home ground, the Sani Abacha stadium in kano is one of the Covid-19 Isolation centres.

So, we have to get an alternative home ground for our campaign in next year’s CAF Confederation Cup.

So last week, I inspected facilities at the stadiums you have mentioned.

My observation is that all the stadiums are in good shape.

The most important thing is the playing pitches which are in perfect order.

They also have the required medical facilities. Although I noticed some issues with the scoreboard at the Ahmadu Bello Stadium and the roof of the ATB Bauchi, we are going to look into it.

We are not going to do the selection.

It is CAF that will pick one of the stadiums for us.

However, I can tell you that any of the stadiums will be okay for us to host our continental matches.

– Kano Pillars enjoy playing before their home fans. Don’t you think playing away from home will have an adverse effect on the team’s performance? –

It will definitely affect us in some ways but we are working towards it.

Kano Pillars are professional players and once you are a professional, you must be ready to play anywhere.

We would miss our fans but I have always told my players to be thorough professionals.

Playing in the continent is not a stroll in the park so I have told them to redouble their efforts.

We want to avoid a repeat of last season where we crashed out early in the Champions League.

So to answer your question, we are ready to play anywhere and win.

– It is said, to whom much is given, much is expected. You are expecting much from the players but what are you doing to motivate them? –

It is an open secret that Kano Pillars are one of the most motivated clubs in the Nigerian League.

In terms of salary payment, kano Pillars are one of the best, if not the best in Nigeria.

We don’t want to blow our trumpet but we are proud of this and even our players can testify.

Despite covid 19, their salaries are regular.

Even when they were at home, they continued to receive their salary alerts.

We are doing everything possible to motivate the players and officials.

As we speak, I am in Abuja to see our sports loving governor.

We want to make sure that anything relating to allowances, bonuses and sign-on fees is settled before the start of the season.

Even if we can’t pay everything, we would pay at least half of the money.

This is why I am in Abuja.

I am confident that our amiable governor will attend to our needs.

Everybody knows how passionate he is about Kano Pillars football club.

– Would you say you have a formidable team that can prosecute the Confederation Cup competition? –

We have a strong squad but there is a need to strengthen the team for the continent.

Last season, we played 13 NPFL matches unbeaten and these players are still around.

Nobody has left us but to beef up the team we have bought in a central defender from Cameroon, a striker from Cote d’Ivoire, and a well known left back from Niger Tornadoes.

We are trying to add another midfielder to the team.

We have decided to inject only a few new players who are going to add momentum to the team because we don’t want to tinker too much with the team.

We don’t want to have problems with blending.

It was one of the problems that affected us last season.

So we already have a team that will do us proud when football resumes.

– How worried are you that on-field football activities are yet to resume even as CAF Competitions are billed to kick-off in November? –

It is quite worrisome but we are not the only club that is worried.

We have complained to the NFF and LMC to no avail.

However, I still want to appeal to the authorities to do something about the continental clubs.

We are already behind schedule.

It is also disturbing that players are collecting salaries without playing.

What most clubs are doing at the moment is individual training.

Players can train individually but it makes no serious impact on them when they are not training in groups or playing matches.

So I am not ignorant of the threat of Covid-19 but I want the authorities to find ways to reopen football in line with the given health guidelines.

– Have Kano Pillars given up on the Aiteo Cup prize money from the Nigeria Football Federation? –

We have not given up but we don’t want to be confrontational.

When dealing with elders, you don’t shout on top of your voice.

We don’t want a situation where we would upset someone.

All we can do is to keep appealing to the NFF to consider our plight and pay us the prize money.

Considering our present financial situation, N25million will help us greatly.

At the moment, we are preparing for the continent and it is going to cost us hundreds of millions of naira.

If they release the money to us, you can only imagine what it would do for us.

Although we have retained the trophy we won in 2019, we are not asking for a double prize.

We want only N25m from the NFF. As a matter of fact, it will be good if in future, such prize money is paid immediately after the competition.

– What is your message to fans of Kano Pillars as you prepare for the 2021 football season? –

My message to the government and people of Kano State as well as the teeming fans of Kano Pillars is that we appreciate their support.

Their unwavering support for the team is amazing and we would continue to bring them joy.

They should expect the best from the team in the new season.