Reigning African champions, the Super Falcons will be up against host nation Morocco in the second semi-final of the ongoing Women’s Africa Cup of Nations… 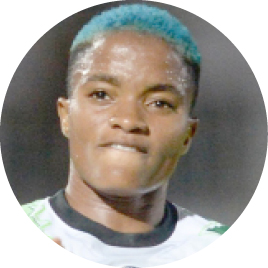 Reigning African champions, the Super Falcons will be up against host nation Morocco in the second semi-final of the ongoing Women’s Africa Cup of Nations in Morocco.

Tonight’s spectacle will see the Falcons aim for their 10th Final Match of the Women AFCON, since the competition was launched as a biennial event in Nigeria 24 years ago.

Going by history, Morocco’s Lionesses come into the game as dwarfs beside the Super Falcons.

It would be recalled that in the opening match of the inaugural edition of the Women AFCON, hosted by Nigeria, the Super Falcons lashed the Lionesses 8-0.

The Falcons have also gone ahead to win nine titles in 11 finals before Morocco 2022, have taken part in all editions of the FIFA Women’s World Cup in addition to playing in three editions of the Olympic Women’s Football Tournament, and have become a global brand.

However, on the evidence of their performance at the Aisha Buhari Women’s Football Tournament that Nigeria hosted in September last year and their run at this championship, the Lionesses do not deserve to be treated with kid gloves.

Coach Reynald Pedros will bank on the deft touches and dribbling skills of Fatima Tagnaout on the left side of the pitch, as well as the courageous and lethal Sanaâ Mssoudy at the fore.

The Super Falcons must be wary of these two players especially.