Nine-time African champions, Super Falcons of Nigeria, will clash with reigning Olympic champions, Canada, in two friendly matches that will hold over three days in… 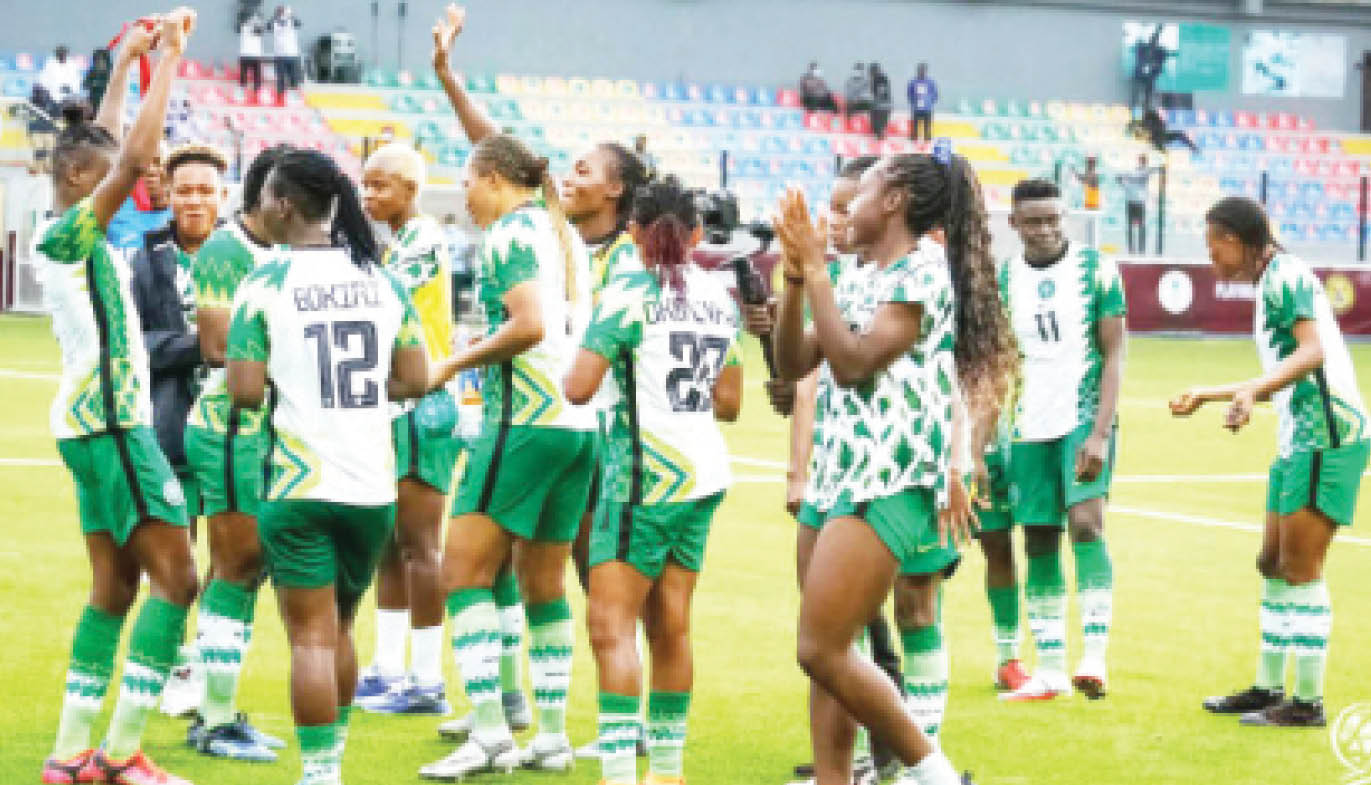 FILE PHOTO: Super Falcons are favorites to win the 2022 WAFCON

Nine-time African champions, Super Falcons of Nigeria, will clash with reigning Olympic champions, Canada, in two friendly matches that will hold over three days in the cities of Vancouver and Victoria City.

Ademola Olajire, the Nigeria Football Federation’s Director of Media, said two players – defenders Onome Ebi and Glory Ogbonna – were among the contingent that flew out of Nigeria aboard a Lufthansa Airline plane on Tuesday night, and connected a flight from Frankfurt to Vancouver on Wednesday.

The other players are to fly direct to Vancouver from their bases in Europe and the American continent.

Canada’s Women’s National Team are the reigning champions of Olympic women’s football, having won the gold medal at the Olympic Women’s Football Tournament in Tokyo in August 2021, after beating Sweden on penalties following a 1-1 draw after regulation and extra time.

The Super Falcons have won the African title nine times and recently qualified for the Women AFCON finals holding in Morocco this summer, after a 3-0 aggregate win over Cote d’Ivoire in February.

Newcomers Ifeoma Onumonu (in Abuja) and Esther Okoronkwo (in Abidjan) accounted for the goals that avenged the Falcons’ elimination from the Tokyo Olympics race by the Ivorians.

The Nigeria Football Federation has organised this two-match tour against the Olympic champions as part of the Super Falcons’ preparations for the 12th Women Africa Cup of Nations in Morocco.

“It is important that our girls get the best preparation possible.”

Friday’s clash at the BC Place in Vancouver is another date for both teams after many years, following their epic 3-3 draw at the 1995 FIFA Women’s World Cup finals in Sweden.

Both will again clash at the Centennial Stadium in Victoria City on Monday, 11th April. The two matches will kick off at 7.30pm Nigeria time (3.30am Vancouver time on 9th April and 12th April respectively).