Nine –time African champions, Super Falcons will tackle the Lady Elephants at the MKO Abiola National Stadium today in the first leg of the final… 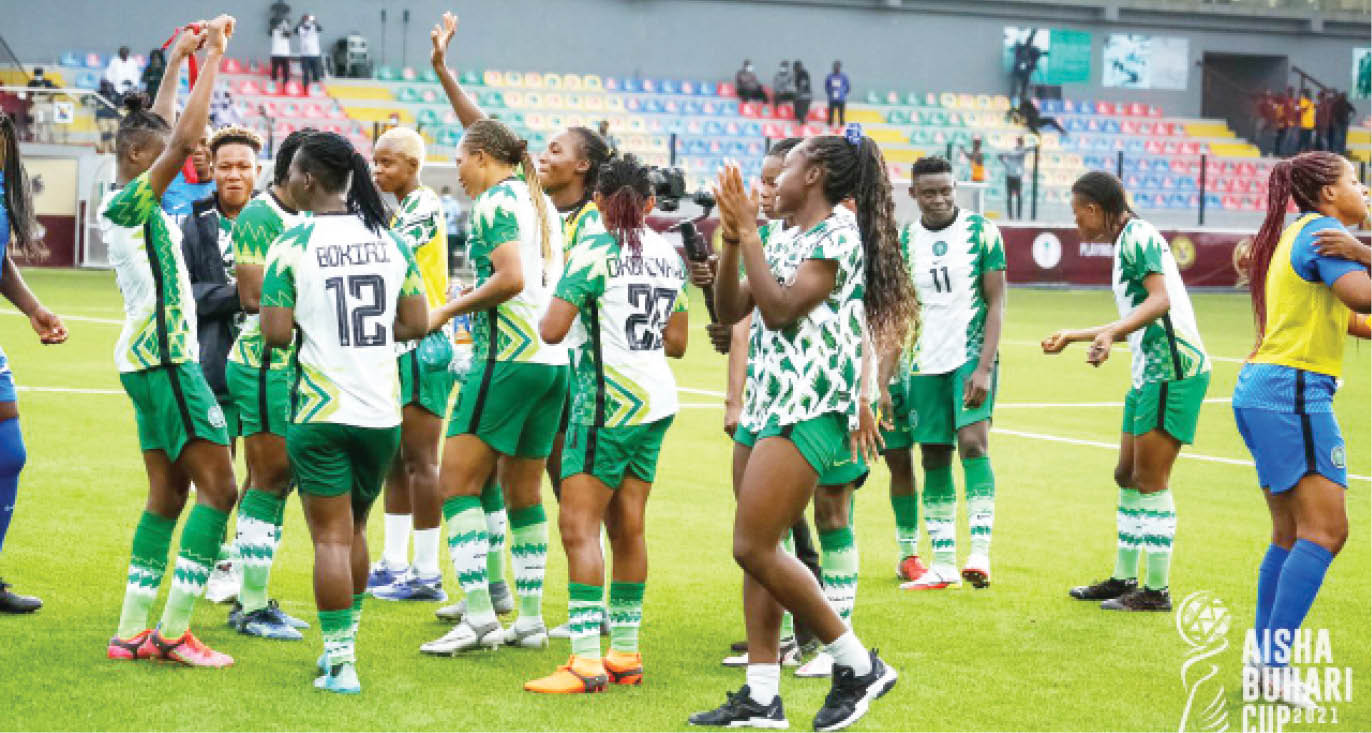 Nine –time African champions, Super Falcons will tackle the Lady Elephants at the MKO Abiola National Stadium today in the first leg of the final round of qualifiers for the 2022 Africa Women Cup of Nations (AWCON).

Both teams will clash in the reverse fixture at the Stade Robert Champroux in Abidjan on Wednesday, February 23.

The winner over two legs will pick the ticket to the 12th edition of the championship to be staged in Morocco in July.

Nine other fixtures are on the cards, with four of them activating their opening legs Wednesday. Burundi will host Djibouti while Namibia are guests of Zambia, and Senegal and Mali clash in Dakar. Burkina Faso are away to Guinea-Bissau in the city of Bissau. Togo and Gabon will square up on Thursday, with the remaining half of the fixtures opening on Friday.

The Confederation of African Football has appointed Burkinabe official Jacqueline Nikiema as referee, with her compatriot Rahamatou Traore as assistant referee 1 and Abra Sitsofe Agbedanou from Togo as assistant referee 2. Another Togolese, Edoh Kindedji is the fourth official.

Christine Enyonam Ziga from Ghana is the match commissioner while Tempa N’dah Francois will serve as the referee assessor.