A former Nigeria Football Federation (NFF) presidential candidate, Hon. Lumumba Dah Adeh, has said the failure of the Super Eagles to qualify for the 2022… 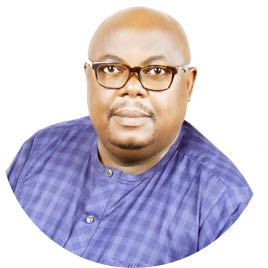 A former Nigeria Football Federation (NFF) presidential candidate, Hon. Lumumba Dah Adeh, has said the failure of the Super Eagles to qualify for the 2022 FIFA World Cup didn’t come to him as a surprise.

Speaking to Daily Trust on the ill-fated match at the MKO Abiola stadium Abuja, the former member of the House of Representatives and football administrator sympathised with Nigerians who anticipated victory from the Super Eagles.

“Against a less endowed Ghanaian team that has not done well in recent past, especially in their outing in the last AFCON, one would have expected something better from the Super Eagles but unfortunately, they just showed their level.

“You can’t give what you don’t have so the Eagles gave the nation what they have. This is the stuff they are made of so I am not disappointed.”

Lumumba also blamed the latest sporting disaster on mediocre leadership on the part of those at the helm of affairs of Nigerian football.

“My lamentation has been that they have killed Nigerian football. The standard has been falling each passing day.

“It is unfortunate. Unless something dramatic is done, Nigerian football is on a cliff and the decline is going to continue unabated.

“The managers of Nigerian football have failed in all ramifications. The league, national teams and the development structures have all crumbled.

“Whichever way you look at it, something is wrong. Imagine the Ghanaian national team at its lowest ebb, stopping Nigeria from going to the World Cup. It is not funny at all. It is unfortunate, it is lamentable but we asked for it,” said Lumumba.