Students of the Kwara State University (KWASU) in Malete, on Monday, grounded the school over a 300 per cent hike in hostel exemption fee. The… 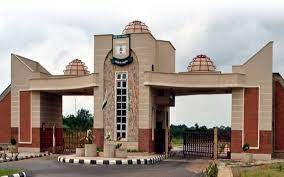 Students of the Kwara State University (KWASU) in Malete, on Monday, grounded the school over a 300 per cent hike in hostel exemption fee.

The incident, it was gathered, led to the indefinite closure of the school by the management as the protesting students gathered at the school gate which was under lock and key on Monday.

The students were lamenting what most of them described as an extraordinary increase in the hostel exemption fee for the final year and fresh student who decide to reside outside the N65,000 school facility from N5,000 to N20,000, representing a 300 per cent increase.

Many of the students who spoke to Daily Trust said the development grounded academic and administrative activities in the Malete school campus as many lecturers stayed away from school while the protest lasted.

According to one of them, who preferred anonymity because of the sensitivity of the issue, the school in the guise of generating revenue from the students has gone hire wire without any consideration or concern for the plight of the students.

The President of the Students’ Union, Azeez Lawal, on his part, said students’ leaders met with the school management and other relevant authorities in the state to register the students’ displeasure over the matter, adding that although the university’s management insisted there was no going back on the increment, there were assurances from the state government to reverse the contentious increment

Reacting to the issue, the Director, University Relations, Mr Razaq Sanni, said that the school has only decided to stand strictly by what the policy in accommodation says.

“We discovered that students don’t want to stay in school hostel again but want to just pay exemption fee.

“Students actually protested, saying that the school has increased the exemption fee for not staying in the school

“We are now saying that we don’t even want any monetary involvement as regards hostel accommodation.

“We now want to stand strictly by what the policy says because we discovered that students don’t want to stay in school hostel again and only want to just pay exemption fee and not stay in the hostel.

“The increment in the exemption fee is just to discourage them from staying off-campus and be forced to stay in school hostel where we can monitor them properly.

“We’re not taking any money any longer. Pay for school hostel accommodation and stay in the school hostel. That’s what the policy says for final and fresh students.

“However, the exemption is for examples, nursing mothers who can’t stay away from their children or wives who have to be at home with spouses or those who have proofs of serious medical impairment that would prevent them from staying alone.

“No financial attachment to the policy any more. That’s why they protested,” he said.