The Presidential candidate of the Labour Party (LP), Mr. Peter Obi, has told one of his main opponents, Asiwaju Bola Ahmed Tinubu of the ruling… 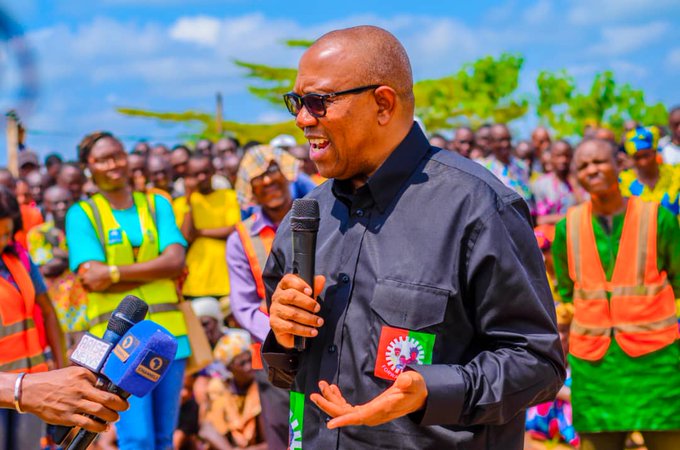 The Presidential candidate of the Labour Party (LP), Mr. Peter Obi, has told one of his main opponents, Asiwaju Bola Ahmed Tinubu of the ruling All Progressives Congress (APC), to stop going to Abeokuta, Ogun State capital.

In the buildup to his party’s presidential primaries, which he later won, Tinubu went into a tirade, calling out those he perceived were standing in his way, including Governor Dapo Abiodun.

“Emi lokan”, “O lule”, which have since found their way to the Nigerian political lexicon, were used by Tinubu in Abeokuta.

Daily Trust reports that Tinubu was in the Ogun State capital, on Wednesday, for his ongoing campaigns ahead of the February 25 presidential election.

Tinubu said that the lingering fuel scarcity and naira re-design were meant to scuttle this year’s general elections.

“If I were to be Tinubu’s adviser, I would have advised him to stop going to Abeokuta. It was in the same Abeokuta that he made the gaffe of ‘Olule’ and how President Muhammadu Buhari was crying on TV, ’emi lokan’ and all that.

“Now, he (Tinubu) is saying the fuel scarcity is meant to make the elections fail and how they are going to take over power from them. Who are they or them?

“He could have been talking to the CBN governor (Godwin Emefiele) and the Minister of Petroleum and who is the minister of petroleum in this respect, President Muhammadu Buhari. The same man that Tinubu has been campaigning that he wants to take over from and continue the good work.

“I think his advisers should advised him to stop going to Abeokuta because he gets things wrong everytime he goes there,” he said.