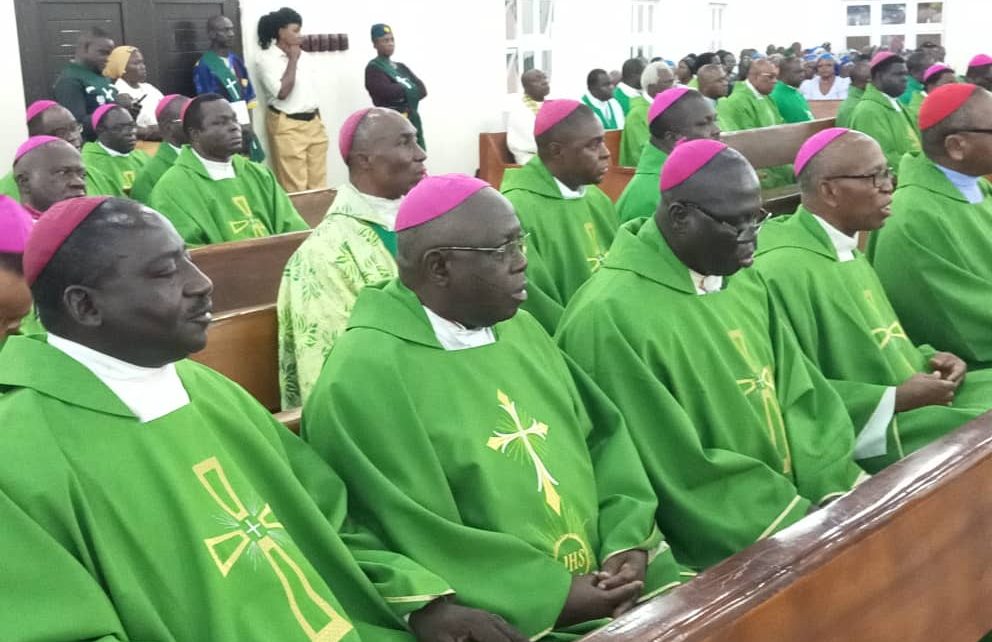 The Catholic Bishops’ Conference of Nigeria (CBCN) has urged the federal government to address the insecurity ravaging the country rather than spending time trying to blackmail anyone who criticises the present administration.

The President, CBCN, Augustine O. Akubeze, gave the advice on Friday in a statement titled “Urgent call to the Federal Government to be open to criticism in addressing the pervading insecurity in Nigeria”.

While saying that the recent coup scare was uncalled for, Akabueze said many Nigerians who experienced the brutality of the military are aware that a return to such days is not the prayer or desire of Nigerians.

“A Nigerian does not need to be a registered political party card-carrying member before speaking about the failing economy, the daily killings and kidnappings of students, older men and women; babies and infants; people being killed in IDP camps and even in their homes by insurgents.

“Every reasonable Nigerian is sick to the stomach to read or hear of a Governor running from insurgents who want to kill him in the State where he is constitutionally the chief security officer.

“Nigerians are tired of hearing of bandits taking youths in the University and executing some of them, while others are kept to be used to bargain for ransom,” Akabueze said.

According to him, in the midst of all these, the Presidency recently stated that some religious leaders and some Nigerian politicians are plotting to destabilise the country; and the spokesperson for the Nigerian Army noted that there is no plan by the military to take over democratically elected persons.

“While we reject any call for the destabilisation of Nigeria or military takeover, we nonetheless say to the Federal Government of Nigeria, led by President Muhammadu Buhari, there is no need to focus your energy, time and resources in any form of propaganda against religious leaders who disagree with your performance.

“There is no need to spend so much of your time trying to blackmail anyone who criticises your Government.

“We speak out because we do not want Nigeria to collapse.

“We are not speaking out for the APC Government to fail we are speaking out so that Nigeria will not fail,” he added.

He also said that the federal government must be transparent with every Nigerian in the struggle to revive the economy, industrialise the nation, objectively deal with corruption and significantly reduce the high level of insecurity and unemployment.

He said that the Catholic Church wants the federal government to call for a meeting of all stakeholders to have a sincere discussion on the way forward and that such discussions must seek how to implement the much talked about restructuring and devolution of power down to the local government level.