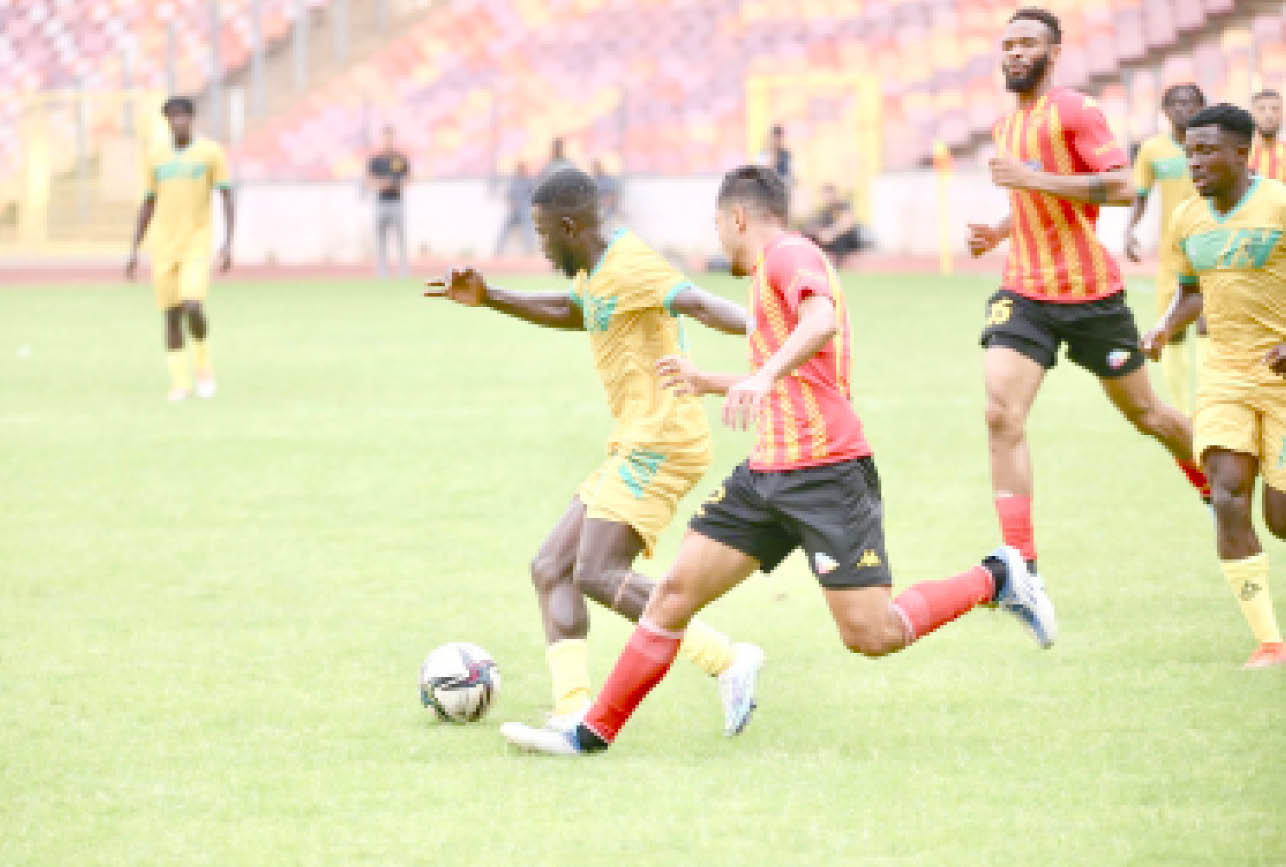 Following the recent failure of Nigerian Professional Football League (NPFL) clubs against their North African opponents in the ongoing CAF inter-clubs competitions, disappointed football stakeholders have continued to worry over what is becoming a national embarrassment.

While Rivers United and Plateau United who finished first and second respectively in the 2021/2022 NPFL season started out in the Champions League, poor results in the second preliminary round matches against Wydad Casablanca and Espérance Du Tunisia forced them down to the second tier competition.

Kwara United also managed to reach the second preliminary round in the Confederation Cup but failed to scale the hurdle of defending champions, RS Berkane of Morocco who edged them on away goal rule to reach the group stage.

Meanwhile, Remo Stars who finished third in the league behind Rivers United and Plateau United suffered even worse humiliation in the hands of another North African team as they exited in the first preliminary round even after they forced FAR Rabat of Morocco to a 1-1 draw in the first leg.

The only surviving privately owned club in the NPFL lost the second leg 0-1 in Ikenne to become the first Nigerian club to be sent packing from this year’s CAF competitions.

The abysmal performances of the NPFL clubs didn’t come to many as a surprise because since the beginning of professional football in the country, Nigerian clubs have always struggled to find their feet when pitched against North African clubs.

Although the North Africans too have bitten the dust on a few occasions, like when Enyimba defeated Ismaily of Egypt and Etoile Du Sahel of Tunisia  back-to-back to win the prestigious CAF Champions League in 2003 and 2004, such upsets have been few and far in between.

Apart from the recent shambolic outings by the NPFL’s clubs, the North Africans’ dominance was even evident in the ranking released in June 2022 which saw clubs from North Africa topping the table following their stupendous performances in the 2021/22 Champions League and Confederation Cup.

The current ranking takes into retrospect the last five years with the index based on each side’s performance in the competitions which had Egyptian giants, Al Ahly who lost last season’s Champions League final topping the chart and are followed by defending champions Wydad Casablanca of Morocco.

This is in stark contrast with Nigerian clubs where Enyimba despite winning the Champions League twice is rated as Africa’s 23rd best team, with the closest Nigerian side, Enugu Rangers in the 44th position, followed by Lobi Stars as number 49.

Undoubtedly, North Africa’s dominance comes from a mix of both money and deliberate planning leading to world class facilities and viable football leagues that have continued to attract highly rated players and coaches.

This is a fact that has been acknowledged by most football stakeholders who have blamed the yawning gap between Nigerian clubs and their North counterparts on poor organization.

Considering the obvious lapses in the organization of the Nigerian topflight, most critics of the league are left with no option than to refer to the NPFL as nothing more than a glorified amateur league.

This is no doubt due to the unprofessional conduct of the clubs which are mostly owned by the state governments as opposed to what is obtainable in other climes. Since Nigerian clubs draw their funding from government allocations, the business aspect of football is relegated to the background.

Therefore, football stakeholders are resolute in their opinion that as long as there is no true professionalism in the NPFL, Nigerian clubs will continue to struggle against their North African opponents.

A former junior international and proprietor of Youth Arise Football Academy (YAFA) Abuja, Olayinka Olagbemiro, has said it will be difficult for Nigerian clubs to match teams from North Africa because they are not ready to upgrade.

“Football has gone beyond what most Nigerian clubs know. While other countries have embraced the business part of the game, we appear to be playing football for leisure. With such an attitude, it will be impossible to attract quality players.

“In terms of football development, there is no basis for comparison between the North Africans and their rivals. Nigeria is worse off,” submitted the former National Challenge Cup winner with Plateau United.

On his part, a former BCC Lions and Calabar Rovers star, Abraham Fackaa said “Although they are Africans, in terms of organization, I consider teams from North Africa to be European clubs.

“Unlike what we have in the NPFL, these clubs have good structures and are properly managed. It will take us year’s to bridge the existing gap.”

“We don’t need to start teaching players basics at a later age but from a young age. And the coaches need proper coaching skills as well. It’s a whole lot to be done to reach that level,” he concluded.

“How many times do Nigerian teams keep their best players for two or three seasons, with a target to win the CAF Champions League or CAF Confederation Cup? No team has done that. Every season you lose 10 to 15 players. But these North African teams keep their players and put a certain amount of money into their structure.

“Esperance came here on a chartered flight. Can we do that here? That is why I thank Remo Stars for doing that. We have to travel, sometimes transit five to eight hours and when you get there, you have to face their (North African) antics.

As the ‘wailing and gnashing’ of teeth continues, there are fresh North African hurdles for the remaining NPFL clubs in the continent as the duo of Rivers United and Plateau United has been handed opponents from Libya in the Confederation playoffs.

It is now left to be seen, if the embattled Nigerian representatives will recover in time to surmount the fresh hurdles before them in form of Al-Nasr and Al-Akhdar which they must beat over two legs to reach the group stage of the 2022 Confederation Cup.