Stakeholders in the health sector have charted a new course for the incoming members of the 9th National Assembly for the sector. The stakeholders spoke… 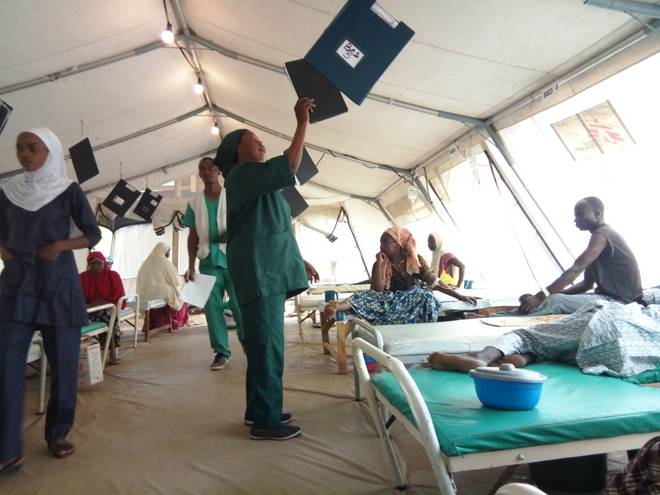 Stakeholders in the health sector have charted a new course for the incoming members of the 9th National Assembly for the sector.

They said the two outgoing lawmakers, who hail from Ogun and Kaduna states respectively, have set the pace for development of the health sector in Nigeria using their various positions, urging members of the incoming Assembly to surpass them.

The stakeholders said members of the incoming Assembly should try hard to raise the annual allocation to the health sector to 15 percent to improve the sector in addition to amending the NHIS Act to reflect current realities.

Speaking at the event, Dr Ben Ayene, chairman of the Health Sector Reform Coalition said he believed that with the likes of Dr. Ibrahim Oloriegbe from Kwara State coming to the 9th Senate, the health sector would benefit tremendously.

On her part, Clare Omotseye, said: “Today, we’re celebrating two people: Sen Tejuoso and Hon Muhammad Usman. Sen Tejuoso has been a health sector advocate for years. Both of you have put strategic partnership. You’ve opened up your doors, and no has never existed in your dictionary.

Also, the acting Executive Secretary of NHIS, Dr Ben Omogu, who was represented, expressed gratitude to the outgoing lawmakers for ensuring the passage of the healthcare fund as well as strengthening the scheme.

Prof Oladapo Ladipo of the National Advocates 4 Health, said: “on behalf of the advocates, we congratulate the senator and the honourable member. Health budget has been between four and six percent in the last decade.”

Sen Tejouso said he enjoyed the support given to him by the health stakeholders, calling on them to extend such to the incoming members of Senate, especially the health committee.

“We introduced a legislative network to ensure that we meet health stakeholders at all levels. We did our part at the National Assembly level by appropriating the funds for health sector.”

Also, Rep Usman thanked them for honouring him and his counterpart in the Senate, saying he would continue to be a health advocate despite not being a medical personnel.

“The achievements we recorded today in the health sector could be attributed to the synergy among all the health stakeholders that we were able to bring together.”