Kufre Carter, the sports writer with XL 106.9 FM in Uyo, Akwa Ibom state who regained freedom on Wednesday after spending one month in the… 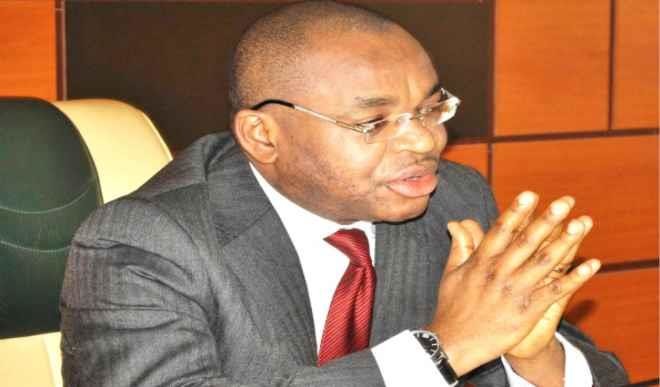 Kufre Carter, the sports writer with XL 106.9 FM in Uyo, Akwa Ibom state who regained freedom on Wednesday after spending one month in the custody of the State Security Service (SSS), has said he will sue the State Government for violating his fundamental human rights.

In a press release signed by Barr. Inibehe Effiong, lead counsel to Kufre Carter on Wednesday night in Uyo and obtained by our correspondent, Effiong said the government must issue a public apology to his client for detaining him unjustly.

He alleged that Carter was detained by the SSS at the instance of the Akwa Ibom State Government, but was released following an order from the Director General of the SSS, Alhaji Yusuf Bichi, to the Akwa Ibom State Command to comply with the valid and subsisting release order of the Court.

Effiong condemned those who he claimed ‘clandestinely bargained’ for apology with the government to give government a soft landing as acting in bad faith, as they never sought his opinion or consent.

He stressed that the leadership of the Nigerian Union of Journalists (NUJ), Akwa Ibom State Council and the Civil Liberties Organisation (CLO) in the state did not play any useful role in the release of his client, adding that the NUJ had issued a public statement denying his client

He appealed to the Director General of SSS, Yusuf Bichi, to probe the illegal deployment of the SSS by the State Government to arrest his client over a purported case of defamation.

“We wish to put the Akwa Ibom State Government and other necessary parties on notice that this is not the end of this matter.

“Our client will seek legal redress in court over the violation of his fundamental rights, and will claim damages and public apology and ancillary reliefs.

“As regards the pending criminal charge against our client at the Chief Magistrate Court, Fulga Street in Uyo, we will be meeting the state government in Court on Monday, 1st June, 2020 for trial,” the release read.

On his part, Kufre Carter thanked all those who supported his course, saying he would speak after his court hearing on June 1st.

He said, “After being incarcerated for 31 days by the State Security Service (SSS) following the orders of the governor of Akwa Ibom State, Mr Udom Gabriel Emmanuel, orchestrated by the Attorney General of Akwa Ibom State, Uwemedimo Nwoko, I’ve finally regained freedom.

“I’ve been briefed by my Counsel, Inibehe Effiong and Mr Augustine Asuquo about the huge support I’ve gotten from free-minded people across the world, people with a mind of their own, my family and I are grateful.

“While I’m immensely happy to regain my freedom, I have so many things to say but I’ll hold my peace till after the adjourned court date on June 1st,” he stated.

Meanwhile, the NUJ Chairman, Mr Amos Etuk has said that the NUJ, Akwa Ibom state Council could not intervene in the case of Kufre Carter because he was not a journalist.

He noted that whatever efforts he made towards the release of Carter was personal and not as Chairman of NUJ.

“The guy is not a journalist. I have tried my best personally as an individual to get him out,” he said.

Our correspondent confirmed from a member of the Sports Writers Association of Nigeria (SWAN), Mr Patrick Titus that Carter was an associate, and not a registered member of the association.