The secrecy and speculations surrounding the death of Oba Erediauwa, Omo N’Oba N’Edo Uku Akpolokpolo for a long time were not only a sign of… 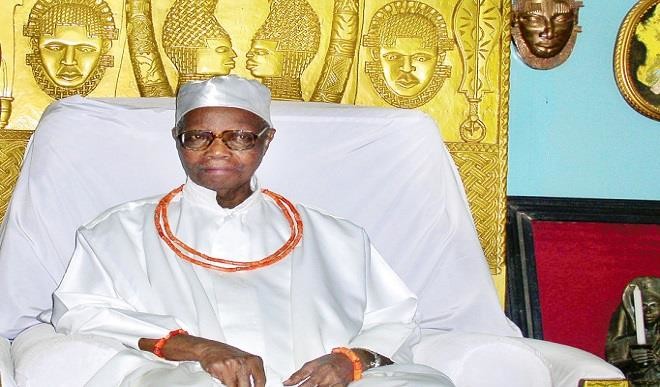 The secrecy and speculations surrounding the death of Oba Erediauwa, Omo N’Oba N’Edo Uku Akpolokpolo for a long time were not only a sign of respect for the monarch and the tradition of the people but a result of the fear that leaking the information without official announcement could attract diabolical repercussions from witches and wizards.
In Benin Kingdom, there is always a traditional signal that there is about to be a new coronation. And no new coronation takes place without the death of the king.  The first sign of the death of an Oba is the clearing of the traditional bush at Edaiken in the Uselu area.
Clearing of the bush actually started in 2014. Another sign of the poor health or the demise of the Oba in 2014 was when he stopped receiving visitors. Even when former President Goodluck Jonathan visited Edo State that year, he could not pay a courtesy visit to the Oba because he could not receive visitors.
When speculations increased to a worrisome level, the Benin Traditional Council issued a statement in 2015, declaring that the leopard had gone to the savannah forest and lost his way. The palace   secretary, Mr. Frank Irabor, in March 16, 2015, announced that, “The leopard is ill in the savannah bush.’’ At this point, many Benin residents, especially non-natives, began to be afraid of their lives. Some travelled out of the city while others simply restricted themselves indoors for a long time. In the kingdom, it is believed that the Oba of Benin is next to god and remains an Oba, even in death; hence he is not buried alone – about 15 people, mainly non-indigenes, are said to be buried alive with him. Those who are buried alive with the king are believed to run errands for him in his new palace. As a result of this, many disappearances, kidnappings and mysterious deaths at that time were linked to this tradition.
While the waiting game lasted, the Benin Crown Prince, Eheneden Erediauwa, continued his traditional rites of cleansing and journey to kingship. On March 12, 2016, he was formally installed as the Edaiken of Uselu, after the successful completion of the mandatory traditional rites.
As the Edaiken of Uselu, the heir apparent to the Benin traditional stool is expected to be in Uselu, which will be his home for 90 days. The event attracted a large crowd of people to the palace. Shops and other business outlets were also shut as a mark of honour and solidarity with the crowned prince.
The Oba Market and some streets, as well as roads to some traditional shrines, were cordoned off by security personnel and manned by colourfully-dressed palace chiefs.
Finally, on Friday, April 29, the Benin Traditional Council broke the news. A statement by the Iyase (prime minister) of Benin Kingdom, Chief Sam Igbe, stated that the Oba had reunited with his ancestors. The announcement was done simultaneously with the symbolic breaking of a white chalk by the Iyase at the Urho-Ozolua shrine within the palace in the presence of a large gathering consisting of other palace chiefs and traditional rulers of different categories, members of the royal family, Benin sons and daughters, as well as journalists. They were summoned to the palace as early 10:00a.m.  The Iyase further announced to the crowd that all markets in Benin Kingdom should be closed forthwith, palace chiefs with many beads should start to wear one, while Benin sons should scrape their heads.   It was gathered at the meeting that the news of the passage of the foremost traditional ruler had earlier been broken to his first son and the Crown Prince, HRH (Ambassador) Eheneden Erediauwa, Edaiken N’ Uselu and members of the Benin royal family.   He said, “Iyase is the traditional prime minister and the bridge between the people and the royalty. From today until the expiration of ‘Emwinekhua,’ all Benin chiefs entitled to wear the round beads round their necks will now wear one. It is customary because when you see a chief wearing one bead, it shows that we are in a state of mourning.”  Omo N’ Oba Erediauwa was born in 1923 to Oba Akenzua 11, the 37th Oba of Benin. Before being crowned an Oba on March 23, 1979, he was known as Prince Solomon Aiseokhuoba Igbinoghodua Akenzua.
The position of the Oba of Benin is a very powerful one. He is said to be so powerful that before the state governor takes a decision or makes a pronouncement on issues that might trigger crisis like taxes etc, he must first get the support of the Oba. The Oba is in charge of settling many traditional cases, especially as they relate to inheritance, land ownership, marriage, divorce etc. Any attempt to disobey the ruling of the Oba has dire consequences.    In Nigeria, the land use act states that all lands belong to the federal government and various state governments hold them in trust for the people, but in the Benin tradition, all lands belong to the Oba, who holds them in trust for himself. That’s how powerful the king is.