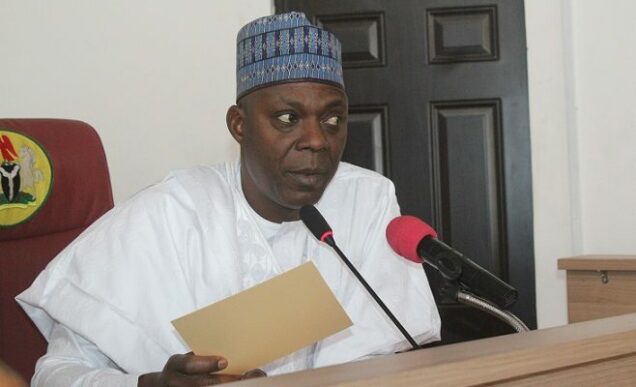 Following the outcome of a judgement at the Federal High Court sitting in Lokoja on Thursday over missing of his name from the Independent National Electoral Commission (INEC) accredited lists for the 2023 general elections, the Speaker of Kogi State House of Assembly, Matthew Kolawole has vowed to seek redress in the Appeal Court.

Justice Peter H. Mallong in his Thursday ruling had dismissed Kolawole’s suit, seeking to be recognized by INEC as the House of Representatives candidate of the All Progressive Congress (APC) for Kabba-Bunu/Ijumu Constituency.

Justice Mallong stated that the electoral body is entitled to set a timeline for all its activities, stressing that once the timeline is passed, the court cannot force the umpire to extend it.

The judge therefore dismissed his suit, on the ground that it had no power to compel the electoral umpire to open its portal and accept Kolawole’s candidacy, once the time set had expired.

However, the APC chieftain vowed to seek redress at the higher court, noting that he had a firm belief and confidence in the judiciary to serve justice at the appellate court.

In a statement signed by his Chief Press Secretary, Femi Olugbemi, the Speaker directed his legal team to appeal against the judgement, urging his supporters and party faithful to remain calm and be law-abiding.

“Arrangements are being put in place to approach the Court of Appeal to review the decision of the lower court in line with instant laws in suit number FHC/LKJ/CS/35/2022, filed to compel INEC to upload and publish his particulars as the duly elected candidate of the APC for Kabba/Bunu/Ijumu Federal Constituency in year 2023 general elections”, the statement read.

Kolawole added that there was no controversy about the fact that he emerged the winner of the party primary election held on the 27th May, 2022 in Kabba, the constituency headquarters which was duly monitored by the INEC officials and security agencies where he pulled the highest valid votes.

The Speaker in a suit marked FHC/LKJ/CS/35/2022, sought the order of court to direct the APC and Independent National Election Commission (INEC) to upload his particulars as the duly elected candidate of the ruling APC in the primary election held on the 27th May, 2022 in kabba.

He argued that having scored the highest valid votes, he was thereupon nominated to represent the said constituency as approved by the National Working Committee of the party for Kabba-Bunu/Ijumu Federal Constituency in the forthcoming 2023 general elections.

However, Justice Mallong dismissed the suit by fellow contestant, Segun Okobatoke, who sought the court to recognize him as the party candidate in the said party primary election.