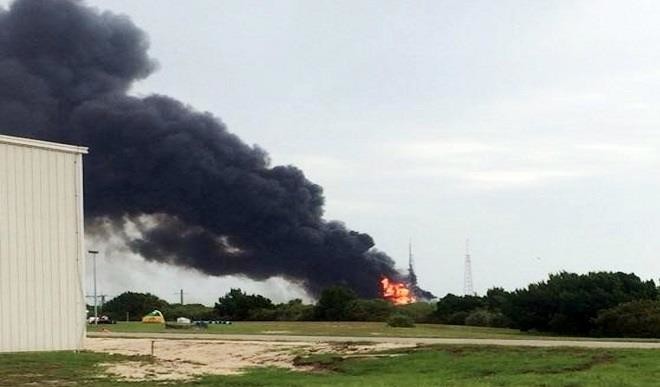 A rocket operated by the aerospace company SpaceX has exploded on the launch pad at Cape Canaveral where it was being test-fired ahead of a launch.
The force of the blast shook buildings several miles away and sent a plume of smoke high above the complex.
In a statement, the company blamed the blast on “an anomaly” and said no-one had been injured.
It said the rocket’s payload, a communications satellite due to launch on Saturday, was also destroyed.
Facebook, in partnership with Eutelsat Communications, had been due to use the Israeli-built Amos-6 satellite to deliver broadband internet coverage for swathes of sub-Saharan Africa as part of its Internet.org initiative.
Facebook founder Mark Zuckerberg, who is currently visiting Africa, said he was “deeply disappointed” to hear that the satellite had been destroyed.