Nigerian actress, Caroline Hutchings also known as Caroline Danjuma has been unveiled as the running mate of Mr Iboro Otu, for the 2023 gubernatorial election… 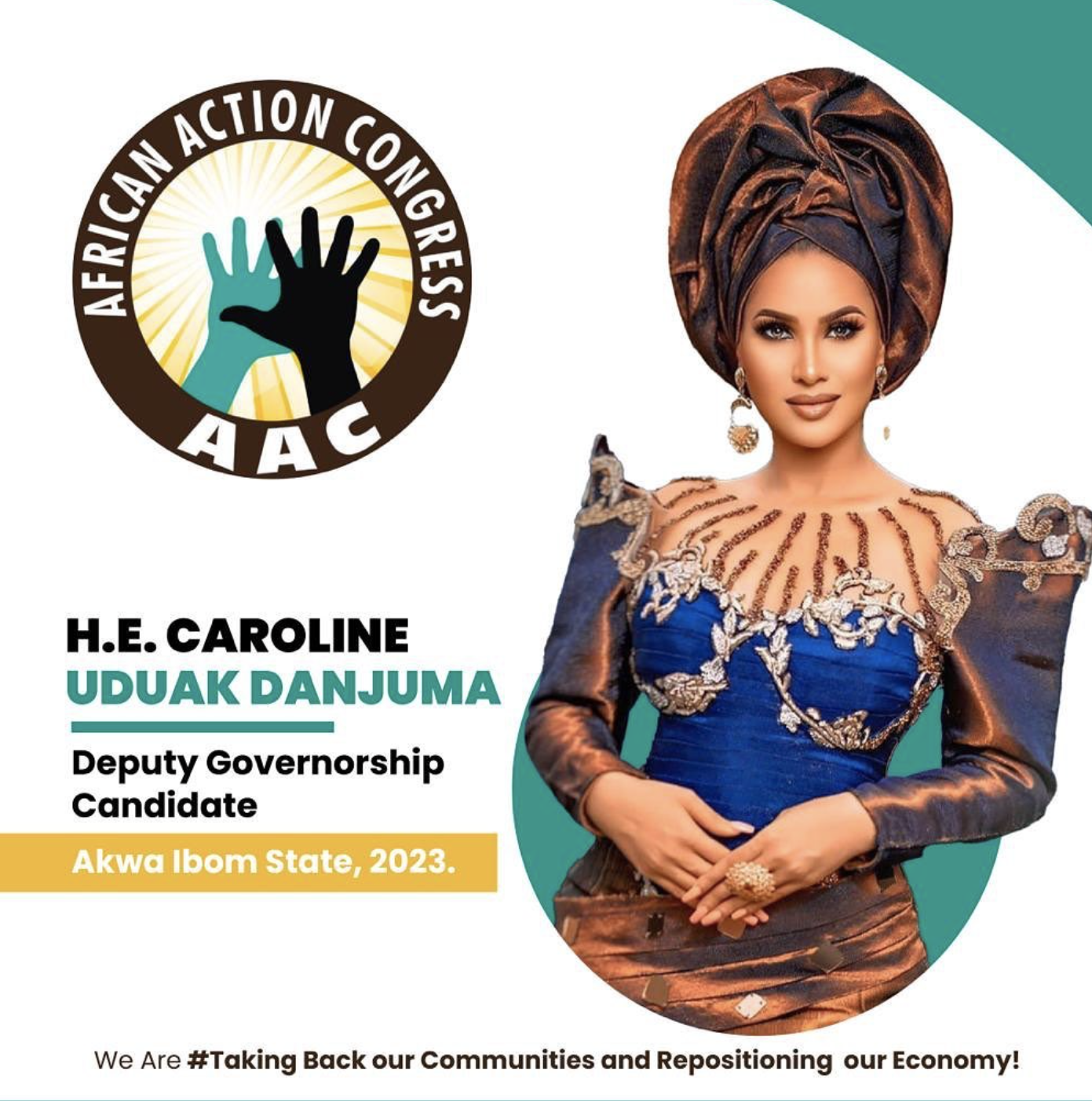 Nigerian actress, Caroline Hutchings also known as Caroline Danjuma has been unveiled as the running mate of Mr Iboro Otu, for the 2023 gubernatorial election in Akwa Ibom state, under the African Action Congress(AAC).

The actress joins the likes of Nollywood stars, Funke Akindele, and Tonto Dikeh, to emerge as a deputy governorship candidate in the forthcoming 2023 election.

Moreso, the actress emerged as the deputy governorship candidate on the political platform created by the Nigerian journalist and social crusader, Omoyele Sowore.

In a statement signed by the political party’s State Chairman and Secretary, Utip Etiebet and Mr Gabriel Ekpo, the AAC explained that Caroline was chosen because of her love for humanity, ideal lifestyle, and commitment to the improvement of Akwa Ibom communities and her leadership ability.

“Chief Mrs Caroline, the Obong Uwana of Eket, is an international businesswoman, award-winning actress and philanthropist. She is from the family of the former paramount ruler of Eket, His Royal Majesty, Edidem William Esiet Ekwere.

“Chief Mrs Caroline is a hardworking mother of three who is passionate about education for all children and youths, especially women, she’s a supporter and campaigner for women’s equality and an advocate for community development through youth and women enterprise.

The statement further read, “Our choice was made in recognition of her exemplary life, love for humanity, leadership ability and commitment towards the betterment of Akwa Ibom communities especially and Nigeria in general.”

The Nollywood star also took to her Instagram account where she also made the announcement, showing a picture of her with the logo of the political party, she captioned; “To serve and to honour in loyalty and truth to Akwaibom and Nigeria. So help me God.”

Caroline Danjuma attended the University of Calabar for her first degree after which she had her MBA and a Masters in International Law and Diplomacy (MILD) at the University of Lagos and Edinburgh Business School.