Sowore: DSS officials were watching BBNaija when I was in detention

Omoyele Sowore, Presidential Candidate of the African Action Congress, has claimed that officials of the Department of State Services (DSS) were busy with Big Brother… 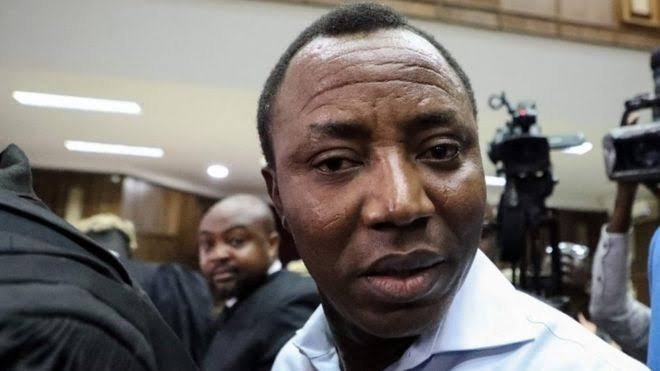 Omoyele Sowore, Presidential Candidate of the African Action Congress, has claimed that officials of the Department of State Services (DSS) were busy with Big Brother Naija (BBN) when he was in detention.

He said this at the ongoing debate for presidential candidates, organised by the Centre for Democracy and Development (CDD) and Arise Television.

Sowore, who is the convener of #RevolutionNow, was arrested by the operatives of DSS on August 3, 2019, for allegedly calling for a regime change.

He was let off the hook of the DSS along with his Co-accused Olawale Bakare, after spending five months in detention.

Speaking at the debate, Sowore said, “We have a rogue system where everyone is doing what they like. To collect intelligence, you must have intelligent people. When I was detained in DSS for five months, DSS officials were busy watching BBNaija.”

Other presidential candidates at the debate are Adebayo Adewole Ebenezer of the Social Democratic Party (SDP), Sani Yabagi Yusuf of the Action Democratic Party (ADP) and Umeadi Peter Nnanna of the All Progressives Grand Alliance (APGA).

CDD and Arise TV had invited Bola Tinubu of the ruling All Progressives Congress (APC), Atiku Abubakar of the Peoples Democratic Party (PDP), Peter Obi of the Labour Party and Rabiu Kwankwaso of the New Nigeria Peoples Party (NNPP) for the first series of the debate held last Sunday.

But Tinubu and Atiku failed to show up at the event.

The vice-presidential candidate of the PDP, Ifeanyi Okowa represented Atiku, while Tinubu had no representative.