Southampton’s biggest challenge, and maybe mission impossible, will be to keep Erling Haaland off the scoresheet when they visit Premier League champions Manchester City on… 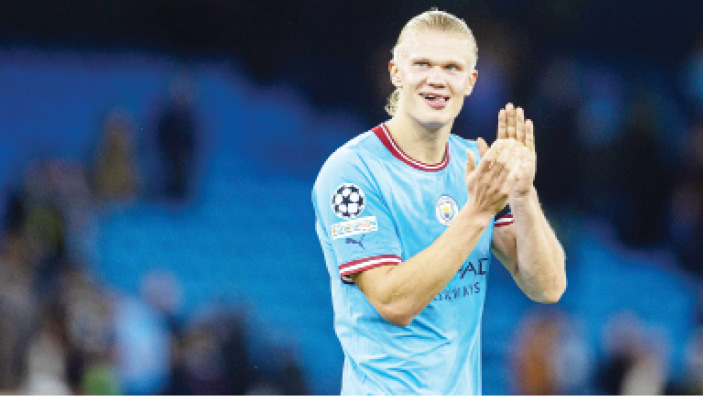 Southampton’s biggest challenge, and maybe mission impossible, will be to keep Erling Haaland off the scoresheet when they visit Premier League champions Manchester City on Saturday.

Unbeaten City have scored more goals than any team in Europe’s leading five leagues this season and will go top if they win or draw, with leaders Arsenal hosting Liverpool on Sunday only a point clear with an inferior goal difference.

Haaland has bagged 14 of City’s 29 league goals – with hat-tricks in his last three home matches and more scoring records beckoning.

“I think defenders and players up and down the country will be going into the training grounds and they will be talking about Erling Haaland. How do you stop him?”

The 22-year-old striker might have had another treble in Wednesday’s 5-0 Champions League demolition of FC Copenhagen but manager Pep Guardiola took him off at halftime after he scored twice – taking his tally to 19 goals from 11 games for City.

Worryingly for Southampton, the Spaniard said he wanted to save Haaland for Saturday.

“If the game would have been tight Erling would have continued but it is better to rest and think of Southampton, a team we were not able to beat last season,” Guardiola told reporters.