#Bankrolling: Fani-Kayode under fire over assault on journalist

Reporter asks who bankrolled the tour and what its aim was. Fani-Kayode launches assault 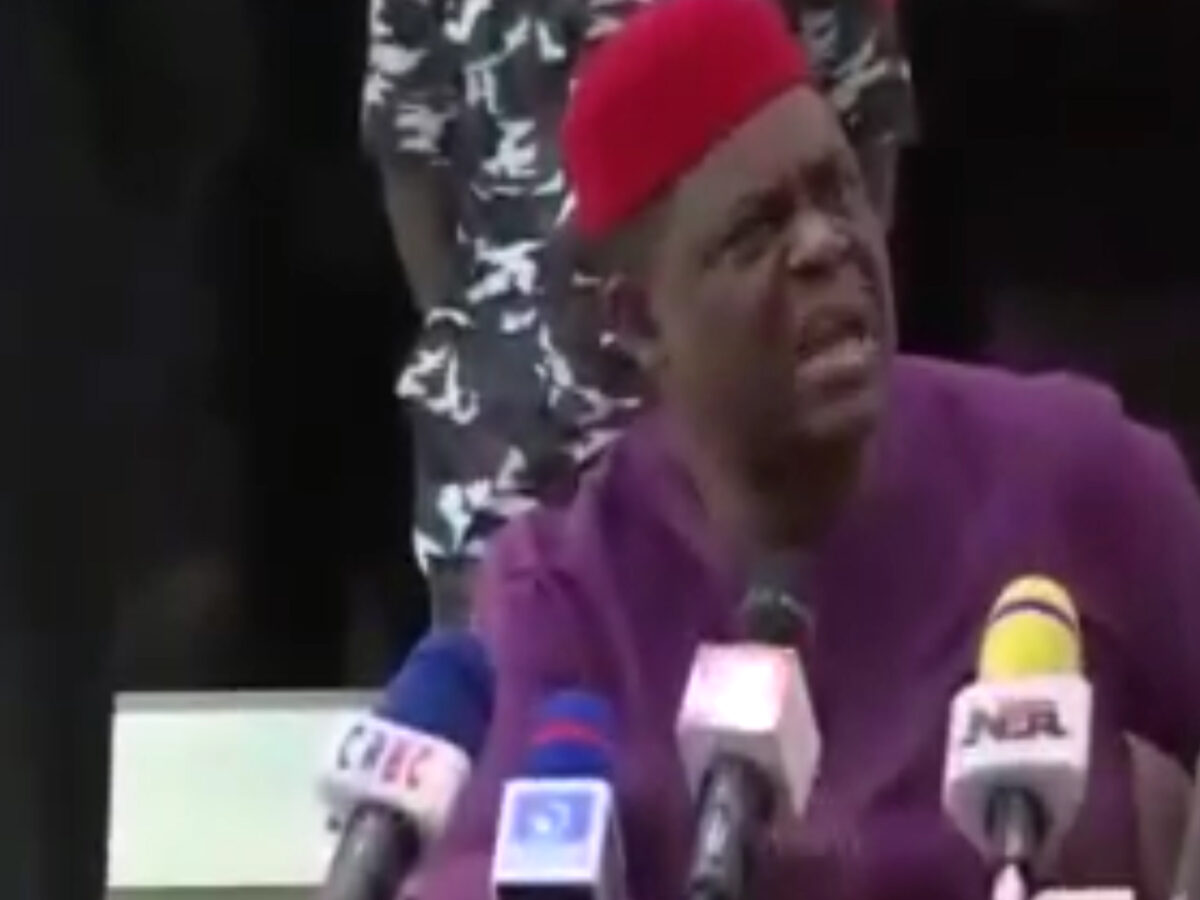 Former aviation minister Femi Fani-Kayode has come under fire after a video of him verbally assaulting a Daily Trust journalist emerged on Tuesday, days after the incident occurred.

In the video, more than 2 minutes long, Fani-Kayode called the journalist “stupid”, threatened, “Don’t ever try that with me. I have a short fuse, I will hit you hard.”

The Socio-Economic Rights and Accountability Project (SERAP) condemned Fani-Kayode’s outburst as “intimidation, harassment and attack” and called for him to publicly apologise to the journalist.

“No one should ever call any journalist ‘stupid’ simply for doing their job,” it said.

BREAKING: We condemn reported intimidation, harassment and attack on @daily_trust journalist by a former Minister of Aviation Femi Fani-Kayode. Mr Fani-Kayode should publicly apologise to the journalist.

The former presidential spokesman had been on a tour of states, inspecting projects by governors.

At a briefing at the end of his tour of Cross River, the journalist asked who was funding Fani-Kayode’s tour and what the aim was.

In his reaction, Kayode assaulted the journalist and threatened him for daring to ask such a question, said the Nigerian Union of Journalists.

“By denigrating the journalist, Fani Kayode has exposed himself the more as an intolerant and unstable person who will not want his activities closely scrutinised by the media,” said Chris Isuguzo, president of the union.

“For him to have embarked on assessment of projects in some states, even though we are yet to be told under what platform, he is doing so, it is proper for the media to hold him to account for his actions and decisions.

“His reaction was totally unacceptable, dishonourable and reprehensible and we demand for retraction of his untoward, irritating and awkward utterances which negate simple decorum and civility.

“We are more shocked that the same Kayode who had in recent times, used his social media handles to call leaders to account is at the same time attacking a Journalist for a simple demand for him to unmask those behind his nationwide tour. He had already visited six states. This is indeed, terribly disappointing.”

Husseini Shuaibu said both NUJ and the Guild of Editor must condemn Fani-Kayode’s “arrogance and use of foul language” on a journalist merely doing his job.

“If he cannot take probing questions because he had a “short fuss” like he declared, he should stay at home!”

@NUJofficial and the Guild of Editors must condemn Chief Femi Fani Kayode’s arrogance and use of foul language on a @daily_trust journalist who was merely doing his job. If he cannot take probing questions because he had a “short fuss” like he declared, he should stay at home!

Fani-Kayode threw caution to the wind and became extremely angry when a Daily Trust reporter asked him who was funding his trips to the South-South states he claimed he had visited to meet with the governors and inspect their projects.

The reporter also asked what the aim of the visit was but Fani-Kayode felt embarrassed by the questions.

He said the reporter had provoked and looked down on him, maintaining that he is from a very wealthy background.

“What type of stupid question is that?

“Do you know who you are talking to?

“I will not take any question from this man?

“Which bankroll, to do what, who can give me money for anything?

“I could see from your face before you got here how stupid you are.

“Don’t judge me by your own standard.

“I am not one of these politicians…

“I have been locked up by this government,

“I have been persecuted more than most of the politicians you follow for brown envelope.

“I am not a poor man, I have never been and I will never be.

“Bankroll who, a former minister, a lawyer?

“Don’t ever try it with me again, look at me very well.

“And if any person sent you to ask that question and gave you brown envelope, go and tell them you got more than they bargained for.

“That is not the standard of Daily Trust at all and I will report you to your publisher.

“Somebody has been on the road for how long and you are coming to ask this question, very stupid.”

It took the intervention and pleas from the Chief Press Secretary to Governor Ben Ayade, Mr Christian ita, and other journalists before the ex-minister would leave the Daily Trust reporter.

When he returned to his suite, he sent one of his security aides to further threaten the reporter.

The man accosted the reporter, challenging him over the question he asked his principal while also inquiring about the reporter’s next action.

The reporter, sensing how tensed up the atmosphere was, said “I had apologized to the ex-minister.

“If the usage of the word ‘bankroll’ was offensive to him, I withdraw it.

“What more should I do?”

The Minister had carried out a one week visit to the South South.

At Cross River State, Governor Ben Ayade hosted and took him round his projects, mostly in the southern part of the state.

Addressing journalists at the end of his visit at the Governors private hotel in Calabar, he lavished praises on the governor for embarking on multiple and gigantic projects.

He said the state had been neglected and cheated for too long by previous federal governments.