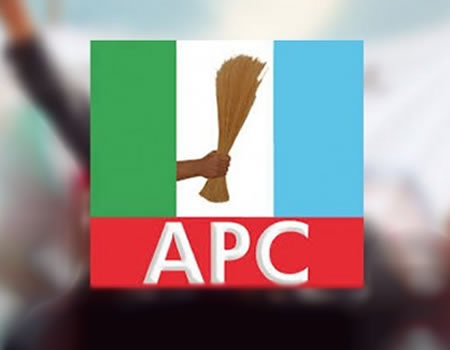 The South-South Zonal Executive Committee of the ruling All All Progressives Congress (APC) has approved the nomination of Barr Boms Worgu from Rivers State as the new Deputy National Secretary.

A communique signed by APC National Vice Chairman, South South, Prince Hilliard Eta, and released on Monday after a virtual meeting held on Sunday, said Barr. Worgu’s nomination should be confirmed by the National Working Committee (NWC) and be sworn in immediately, pending ratification by the National Executive Committee (NEC) of the party.

He said the zone also upheld the resolution of the Bayelsa state chapter of the party suspending some members of the party for various offences.

The communiqué read: “That in line with the resolutions of the NWC of the APC duly transmitted to our zone, the resignation of the Deputy National Secretary, Hon. Victor Giadom was upheld.

“Thus, the South- South Zone was mandated to consult widely and forward a name for the replacement of the former Deputy National Secretary, Hon. Victor Giadom.

“It is further resolved that, to ensure equity, justice and for balance, the zoning formula approved by NEC of our Party must be maintained, it is thus, the Rivers State Chapter of the All Progressives Congress (APC), that shall forward a name to fill the vacant position of the Deputy National Secretary of the Party.

“That the South-South Zonal Executive Committee, are in receipt of an interim Court Order in respect of the suit Between Dele Moses &Ors Vs APC &Ors, with suit number PHC/360/2020; dated 19th June, 2020. The said Court Order restrained Hon. Victor Giadom from further parading himself as the Deputy National Secretary, Acting National Chairman and as a member of the National Working Committee of the APC. The Zonal Executive Committee, therefore unanimously resolved to obey the Court Order….

Scheming for the control of the APC by various camps ahead of 2023 general elections has worsened the crisis rocking the ruling party.

Two top chieftains of the party, last week, claimed to be its acting chairman following the suspension of Comrade Adams Oshiomhole.