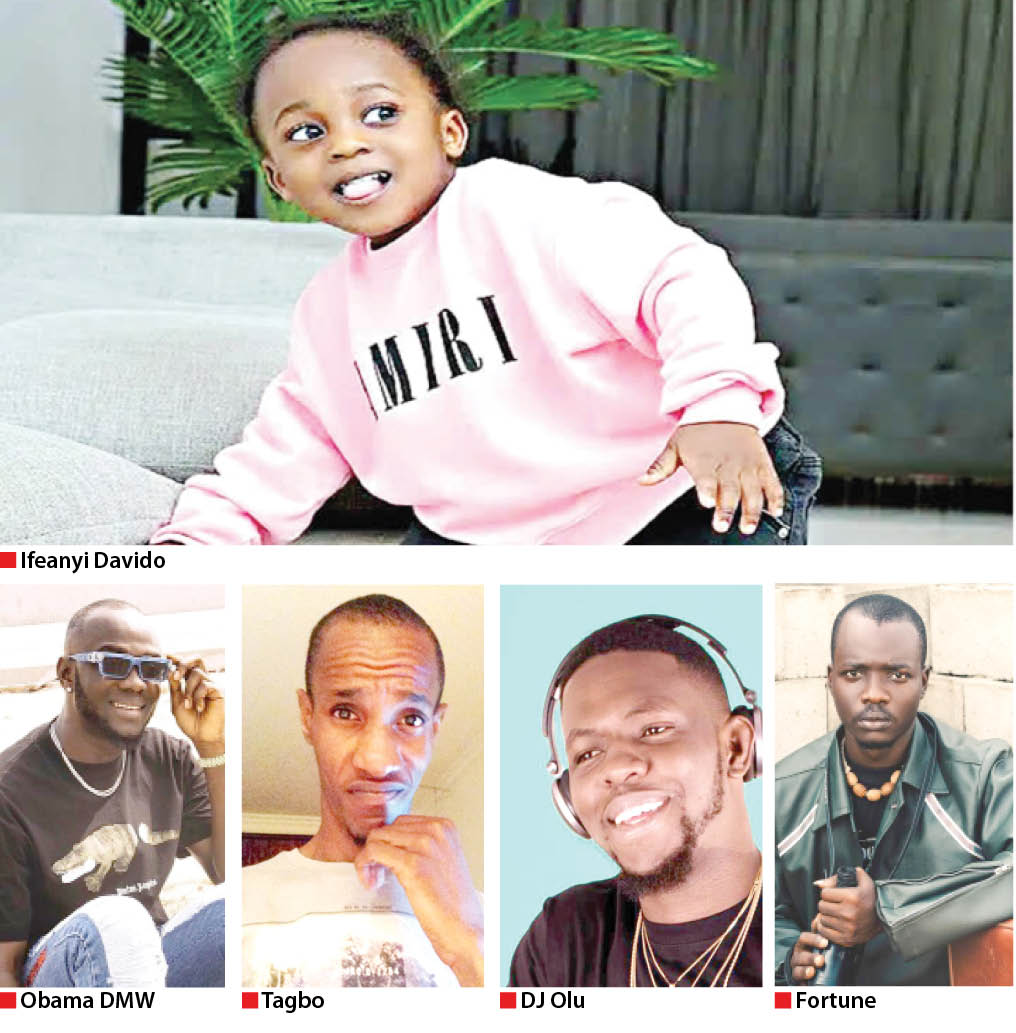 The African megastar singer who has gained a lot of international recognition is also a celebrated philanthropist who millions of fans are currently mourning with over the loss of his 3-year-old child, Ifeanyi Adeleke, after drowning in the family’s swimming pool in Lagos on Monday.

Before the sad development, the singer had lost some other close friends and associates.

Ifeanyi Adeleke is one of Davido’s kids and his only son who had an untimely death. It was revealed on October 31 that the 3-year-old boy who had recently celebrated his third birthday on October 20, died after drowning in their family swimming pool in his father’s Banana Island house in Lagos.

It was gathered that the singer and his fiancee, Chioma, the mother of the deceased, had travelled to Ibadan,  leaving the child with their domestic staff, who had no idea of how he entered the pool and drowned. The child was rushed to a hospital in Lekki where he was pronounced dead on arrival.

Tagbo Umeike popularly known as Tagbo was one of Davido’s closest friends who died five years ago, on his birthday on October 3, 2017.

Details surrounding his death revealed that Tagbo had a night of heavy drinking and allegedly consumed 40 shots of Tequila.

Actress Caroline Danjuma who was Tagbo’s girlfriend publicised his death and called out Davido and his friends for being responsible for Tagbo’s death.

The Police State Criminal Investigation Department later revealed that Tagbo had been rushed to the hospital unconscious as a result of heavy drinking, by Davido’s order. On arrival at the hospital, a doctor confirmed Tagbo’s death.

Olugbenga Abiodun, popularly known as DJ Olu was another of Davido’s close associates who had an untimely death on October 7, 2017.

The Disc Jockey and his associate, Chime Amaechi who were both Davido’s crew members were found dead in a BMW car in a garage at Banana Island, Lagos.

According to reports by the Ikoyi Police Division, they were found dead in the car, bleeding from their noses and mouths, adding that substances suspected to be drugs from the victims were recovered from their bodies.

Olugbenga Abiodun was also one of the sons of the former Ogun State governor, Dapo Abiodun.

Habeeb Uthman aka Obama DMW, was Davido’s business associate who was reported dead on June 23, 2021, at a hospital in Lekki.

It was revealed that he had complained of breathing difficulty, and had been driven to the hospital where he was pronounced dead.

Fortunate Ateumunname Peter, popularly known as Fortune, was Davido’s official photographer who died on September 21, 2021, at the age of 24.

It was revealed that Fortune had drowned in a swimming pool during a photo shoot location in Lagos.