Soludo: Why Bianca, Obiano’s wife clashed at my inauguration

Prof Chukwuma Charles Soludo of of Anambra State has apologized for breach of protocol at his inauguration.... 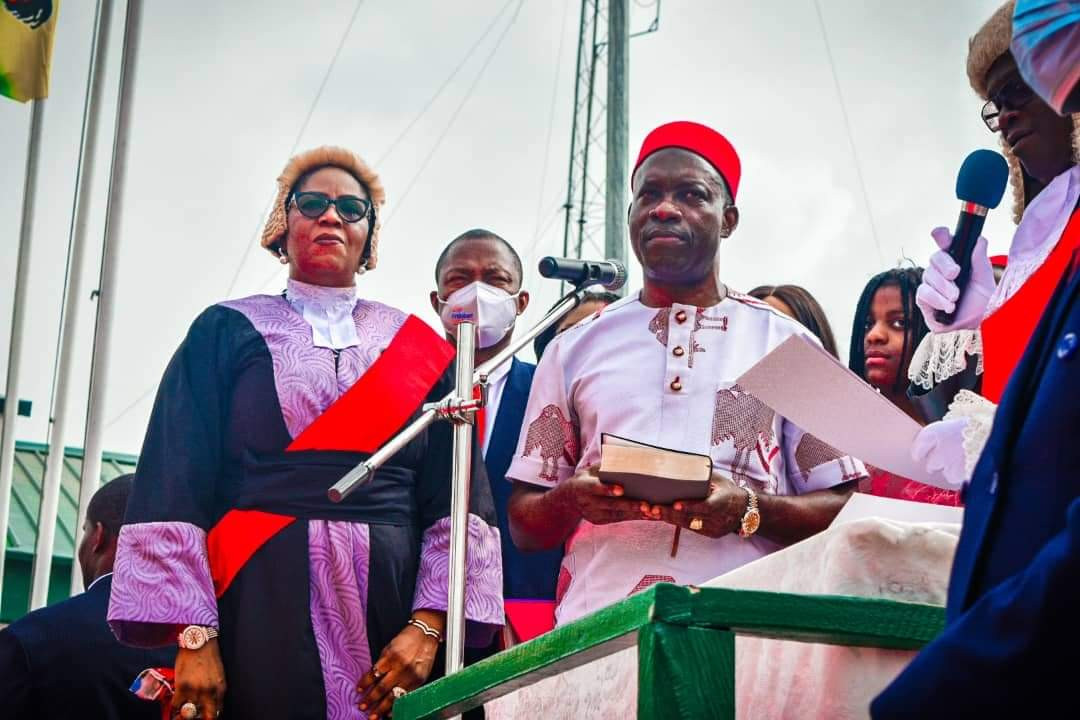 Prof Chukwuma Charles Soludo of Anambra State has broken his silence on the breach of protocol at his inauguration, attributing the incident to a “personal issue”.

Daily Trust reports that a mild drama ensued at the inauguration of the governor.

The wife of former Governor Willie Obiano, Ebelechukwu, had slapped Mrs Bianca Ojukwu at the event.

In a statement Joe C. Anatune Head, Soludo Media, issued on his behalf, the governor apologised to all Anambra people, friends and guests for the breach of protocol.

Although he did not mention the names of Ojukwu’s widow and Obiano’s wife, it was clear that he was referring to them.

He said the breach was caused by improper communication which arose from a personal issue “between the two parties involved in the breach”.

Soludo said, “Steps are being taken to resolve the misunderstanding and restore the parties to their previous relationship.

“Anambra State has over the years been known for a huge stock of social harmony, and the stock will increase substantially in the years ahead as part of the concerted effort to accelerate the state’s development.”