The property are under an interim forfeiture order. 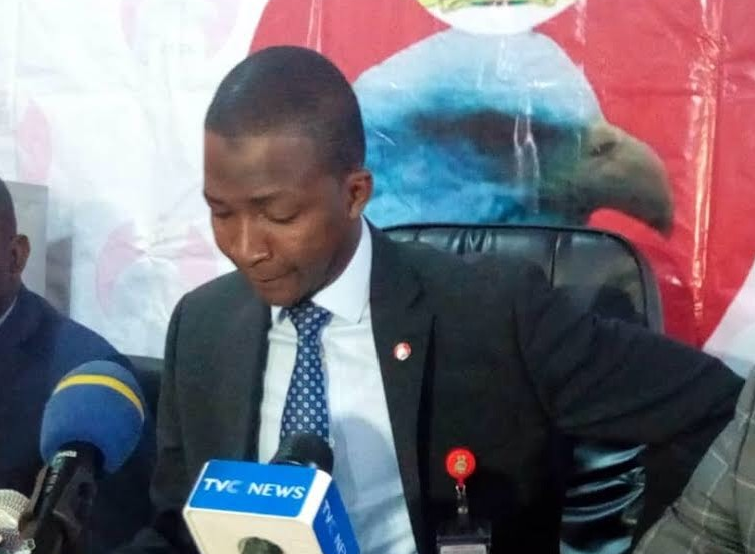 Some soldiers attached to the Office of the National Security Adviser Wednesday prevented operatives of the Economic and Financial Crimes Commission (EFCC) from marking some of the property belonging to the Director of Finance in the ONSA, Brig.-Gen. Jafaru Mohammed.

The property are under interim forfeiture order.

Justice Folashade Giwa-Ogunbanjo of the Federal High Court, Abuja, had, on March 9, 2021, granted an ex-parte application brought by the EFCC for an interim order of forfeiture of some identified property linked to the senior military officer.

Residents of Sun City, an upscale housing estate on the outskirt of Abuja, reported a near stand-off on Wednesday morning between EFCC operatives and military men in plain cloth and uniform at one of the assets located in the estate.

Daily Trust gathered that stern-looking soldiers stationed at one of the houses located at No 25, Osaka Street, upon sighting the anti-graft operatives at about 10am, became furious and ensured that the house was not marked with red inscription “EFCC: Keep off”.

While the two sides were exchanging words, over 20 uniformed and plain-clothed soldiers arrived at the scene, resisting the attempt to mark the house.

“They came in an unmarked white Hilux and black jeep, then others came in a small car and more again in a bus,” a source explained.

When Daily Trust visited the area, it was observed that the soldiers were on red alert as they attempted to chase our correspondents who went on a fact-finding mission on the seized property.

Similarly, when our correspondents visited the property located at No 52, Main Street, also in Sun City Estate, it was observed that the property was marked by the commission, but hours later, the EFCC red inscription was covered off from the walls and the gate.

Daily Trust recalled that the assets traced to the proxies and associates of the Brigadier General, according to the court papers, include: House on Plot 7, God’s Own Estate, Road 1, Wamna District, Abuja; a fencer plot at No 1 Jubril Aminu Crescent, Katampe Extension, Abuja and plot at Kubwa Express, Directly opposite Abuja Model City Gate, Abuja;

The EFCC spokesman, Wilson Uwujaren, in a telephone interview, said he was not aware of the squabble.

When contacted last night, the Office of the NSA directed our correspondent to the Brigadier General’s lawyer, Barr. Omokayode Adebayo Dada, who maintained that the EFCC, according to the law of the land, has no power to investigate a serving military officer.

The lawyer argued that the military officer was right to have prevented himself from harassment of the operatives, stressing that if there was any petition against him, the EFCC should formally write to the authorities of Nigerian Army who will then look at the case.

“Anything that has to do with a serving military officer, you dare not go by EFCC and say you have powers. Everything EFCC did was premised on the foundation of illegality. The man is a graduate and learned person, he knows the law that governs him.

“If he had not spoken all these while and he now woke up from slumber, then he has the right to repel them. He didn’t repel them illegally. They constituted illegality in his premises and he took steps to defend himself,” he said.