Sokoto Hisbah Commission has sacked 11 of its personnel for alleged involvement in theft and other offences. The Commander of the Commission, Dr. Adamu Bello… 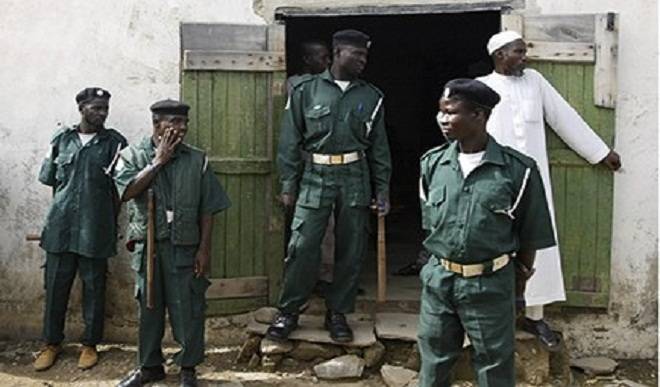 Sokoto Hisbah Commission has sacked 11 of its personnel for alleged involvement in theft and other offences.

The Commander of the Commission, Dr. Adamu Bello Kasarawa disclosed this in an interview with newsmen shortly after their annual parade at the weekend.

He said that the commission would not hesitate to penalize any of its member found wanting in the discharge of his responsibility.

According to him, five of the culprit were found guilty of theft and were handed over to the police for prosecution.

He added that the commission had in 2017 sacked six personnel for committing various offences.

Kasarawa also revealed that the commissioned had resolved over 2000 marital disputes and recorded 50 cases of rapes  from January to date.

He blamed parents over the rising cases of rapes and unwanted pregnancy.

This he said was because the parents were denying their children the right to get married at the appropriate time and to whom they love.

Kasarawa who said lack of logistic and fund were hindering their activities, said they were using their personal vehicles and money to operate in the state.

He thanked the state government for not interfering in their operations and appealed to it and other wealthy individuals to assist them with logistic and fund to continue discharging their activities efficiently.

Earlier, the deputy Commander in charge of Legal Matters, Dr Muhammad Hilal Adamu said the commission had recorded successes in the area of crime prevention and arrest of criminals some of whom  he said  had been prosecuted by the police and other relevant agencies.

He appealed to the general public to support them in ridding the state of criminal activities in line with their constitutional mandates.