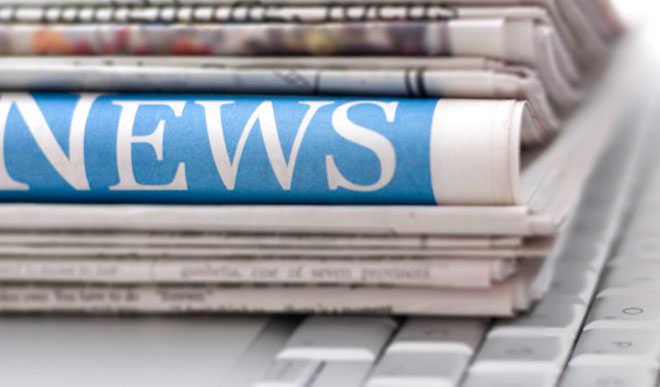 The News Agency of Nigeria (NAN) was established via Decree No.19 of May 10,1976 and began operations on 2nd October, 1978.This means that it was created by the then Federal Military Government (FMG) headed by General Olusegun Obasanjo. Part of NAN’s mandate is “to gather and distribute news on Nigeria and cover events of interests to Nigeria at the international level for the benefit of the Nigerian media and the public.”
However, the last time NAN exercised any modicum of accuracy and authority and professionalism in news dissemination was probably during the leadership of Mrs Oluremi Oyo, now late. Oyo, you would recall, served as former President Olusegun Obasanjo’s spokeswoman before she was named the Managing Director of NAN in 2007.
The current leadership of NAN is absent-minded and uninspiring. NAN’s headlines are neither clear nor concise. Almost on a daily basis, the NAN headlines are riddled with avoidable, embarrassing and unpardonable errors and you begin to ask whether the agency has the human resources to do a good job or if those resources are being mismanaged. For example, at 15.28pm on Tuesday, 7th July, 2015, NAN mobile sent the following news headline to my phone: “Presidential relief package to state and local governments, which was drawn from LNLG dividends and Excess Crude Account, is still (sic) in tact, Presidency says.”
My quarrel with this slapdash work is two-fold. First, it is amazing that NAN and its hands are ignorant of the correct acronym of Nigeria Liquefied Natural Gas (NLNG). Secondly, it appears that from the MD to the first gatekeeper, no one knows that intact is one word. You’d think they would realize their mistakes and effect correction in the subsequent attempt. But here is what they sent out: “Correction: Presidential relief package to state and local governments, drawn from LNLG dividends, and the Excess Crude Account, are still (sic) in tact”; and you ask what did they correct? For the second time, they failed to supply the correct acronym of such a very important national facility called Nigeria Liquefied Natural Gas (NLNG)
Other times, NAN needlessly repeats its headlines, like in this one, flashed twice at 9.33pm and then at 9.36 pm on February 8, 2015, as they fought Jonathan’s electoral battles: “More than 300 hundred Nigerian students and young professionals converge on central London to rally support for President Jonathan, laud INEC’s postponement of polls.” Didn’t they vote?
One of NAN’s favourite newsmakers is the Corps Marshal of the Federal Roads Safety Commission (FRSC), initially Osita Chidoka but now Boboye Oyeyemi. Almost no day passes without him or FRSC being reported. Their other favourite newsmaker is John-Kennedy Opara, the roving Executive Secretary of Nigerian Christian Pilgrims Commission (NCPC), and Goodluck Jonathan’s sidekick.
It is such a shame that despite its being an annual festivity, NAN calls Sallah, Salah.
In July 17, 2015, headline news,instead of Professor Mike Adikwu, NAN erroneously named one Professor Mike Ashley as the Vice Chancellor of University of Abuja.
On October 21, NAN reported: “The Council of State confirms Prof Mahmood Yakubu (Bauchi State) as new INEC Chairman – Gov. Aminu Tambuwal says.” If NAN was a serious body; NAN would know that the Council of State could not confirm him as INEC chairman; the Council can only recommend or endorse his selection by President Muhammadu Buhari. The body responsible for confirming INEC chairman is the Nigerian Senate. Earlier on October 20, NAN had carried this headline news: “Chairman of AGM Committee of NIPR, Peter Oyeneye, while on a visit to FRSC, says the Corps is one of a few organisations which (sic) utilise PR effectively. My God!
In terms of parochial political reporting, NAN was way over the top. Like other government owned media – Nigerian Television Authority (NTA) and Radio Nigeria–its coverage of political events failed the objectivity test. Without any restraint whatsoever, the agency took the easy path of partisanship in the most recent national political campaigns.
According to NAN’s editorial policies, the agency“should not act as an institutional opponent to any government or interests.” However, those who followed its coverage of the campaigns were able to establish that NAN actually misjudged and misinterpreted its mandate. It became the News Agency of Goodluck Jonathan and the People’s Democratic Party. Contrary to its editorial policy, NAN became captive of the cacophonous clamour for the return of the Jonathan presidency and continuation of PDP misrule.
NAN reported everything Jonathan and the PDP said or didn’t say to enhance their continued hold on power. Contrariwise, the agency disregarded activities involving other political parties and their candidates, except where they endorsed the actions of the PDP or its government. The All Progressives Congress (APC) and its presidential candidate, Muhammadu Buhari, were particularly under reported, save where something negative was perceived to have happened in their camp. For example, notwithstanding his successful visit to the United Kingdom culminating in his well-received address at the Chatham House, London, in February this year, NAN had this negative headline news about Buhari: “APC presidential candidate Muhammadu Buhari fails to show up at the Diaspora Presidential Rally, organised by his supporters in London on Tuesday.” This news came on the heels of another claim made by Ayodele Fayose, the Governor of Ekiti State that Buhari had left for London in an air ambulance for treatment of a terminal illness.
After denying Buhari the coverage he deserved, Ima Niboro, the Managing Director of NAN, sought to achieve political relevance by inserting himself into the unfolding developments. Niboro caused NAN to carry news of his congratulatory effusions for Muhammadu Buhari on his election victory. Thereafter, almost every item in NAN headline news had Buhari inside it! But who can remake NAN?
Twitter: @ComradeAbubakar