Six persons died in an accident that happened on Otaru-Polytechnic road in Auchi Etsako West Local government  of Edo State, on Tuesday. 14 others sustained… 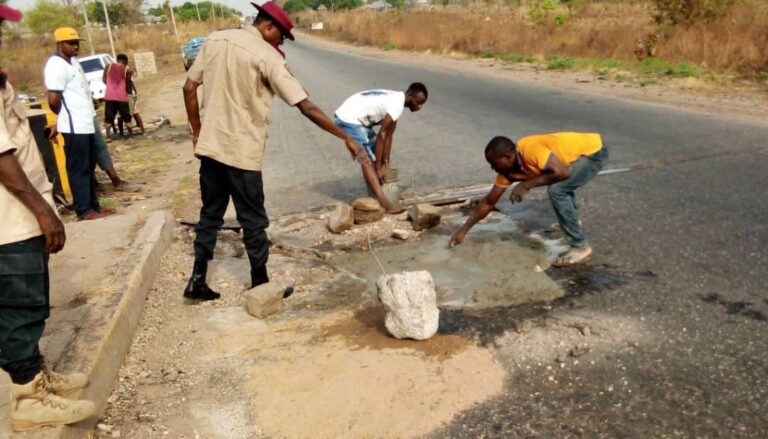 Wed, 9 Mar 2022 21:36:48 WAT
Six persons died in an accident that happened on Otaru-Polytechnic road in Auchi Etsako West Local government  of Edo State, on Tuesday.
14 others sustained injuries while several vehicles, motorcycles were also destroyed in the incident.
The accident happened when a truck load of  cement suffered brake failure, and in the process lost control and rammed into vehicles and motorcycles, killing four persons on the spot.
Witness said the brake failed when the truck descending from the Otaru palace, unknown to the driver that the dual carriageway was blocked due to ongoing construction work.
He said the truck rammed into vehicles and motorcycles, killing some persons and injuring many others.
Meanwhile, the  State Sector commander, Henry Benamaisia, who confirmed the accident said six persons died while 14 sustained injuries.
He said 20 persons were involved in the accident, six died while 14 sustained injuries, adding that the accident involved eight vehicles.
He said the corpses were deposited at the mortuary while the injured were taken to the hospital for treatment.