‘Olamide Is My Sponsor’, Portable, Speaks on Journey To Stardom

Habeeb Okikiola, popularly known as Portable talks about his journey in music in a recent interview The “Zaazu” crooner has been a media sensation since… 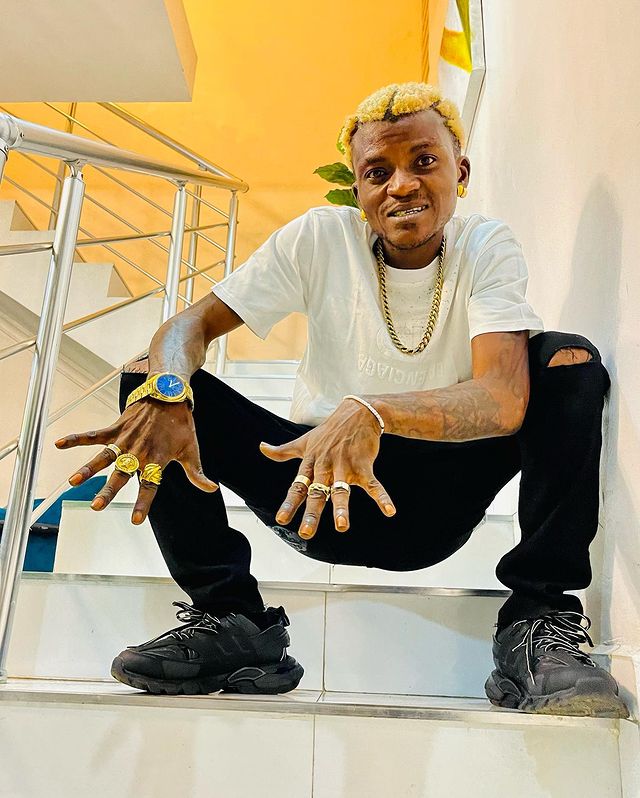 Habeeb Okikiola, popularly known as Portable talks about his journey in music in a recent interview

The “Zaazu” crooner has been a media sensation since he came into the limelight in December 2021 with his hit song Zazu Zeh, featuring iconic artiste, Olamide.

In a recent interview with rap artiste, Jahbless on his podcast, the artiste said he is different from how everyone sees him. He stated that inasmuch as he doesn’t seem intelligent he knows what is wrong and what is right.

He said, “Music na business, you must fight for your right, and you gas to use your head.”(sic)

The fast-rising artiste said he grew up in Abuja and has been in music for about ten years with about 400 songs uploaded online.

He further noted that nobody helped him attain stardom. Portable also emphasised that the trending song, Zazu Zeh belongs to him but other artistes are trying to claim the song.

When asked about the recent alterations with his former promoter Kogbagidi, he said, “E dey always want make I dey package, and no be so I be, no be him blow me na God.” (sic)

The singer also revealed that popular Nigerian singer Olamide has been a blessing to him,

Speaking on his educational background Portable revealed that he attended school but his love for music made him ‘derail’.

“I go school but na music no make me collect certificate. I dey sing hip-hop and fuji and I be Muslim too”

As he gave insight into his personal life, the rave-of-the-moment singer disclosed that he has two children from two women. He said, “I get plenty girlfriends, because as I blow all of them dey tell me say ‘I love you, I love you’, but e get one girl wey I go like marry, but she don dey mess up too.”(sic)

He went further to say most music promoters tend to only project themselves instead of the artiste.

Talking about his future plans, the artiste said he would continue in the music industry and he hopes to sing with the likes of Naira Marley and Pasuma.