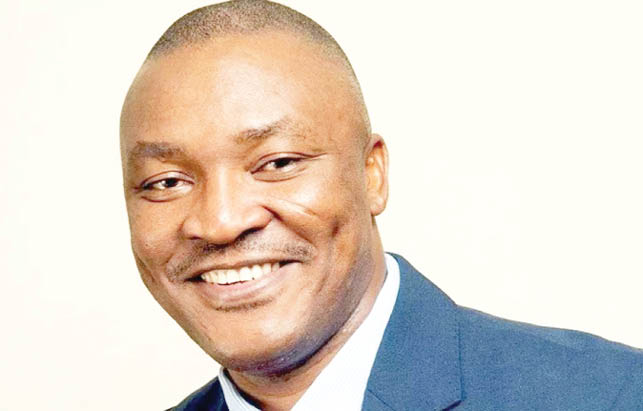 A former Deputy Governor of Nasarawa State and president of Nigeria Karate Federation (KFN), Hon. Silas Agara, has said insurgency in Nigeria is making northerners to embrace karate and other martial sports like judo, wrestling and boxing for self defence. In this interview with Trust Sports, the former commissioner of sports in Nasarawa State also spoke on the resurgence in karate and what his board is doing to propagate the sport in Nigeria.

You were returned unopposed as president of the Karate Federation of Nigeria. How did that happen?

During my first tenure, karate was not among the elite federations. Morale in the sport was at its lowest ebb. The board was in complete disarray. There were no local or international competitions. It was a totally hopeless situation. Therefore, when I came on board, I had to start from scratch. I encouraged and motivated the athletes. Stipends were given out to those who won medals at tournaments. Some of them got employed by para-military organisations like the Nigeria Security and Civil Defence Corps, Federal Fire Service, and even the Nigeria Police. They became motivated because they could take care of their families. In addition, refresher courses were organised for coaches and other technical officials. I did that because if the capacity is not there, there is no way athletes would benefit. After everything, we began to organise national competitions. We also exposed them to international championships. There was an all round revival in the sport so when it was time for elections, there was no need to change a winning team. The stakeholders stood solidly behind us so that the good work we started will continue.

Would you say you still enjoy the support of the stakeholders?

The support we are getting from the coaches, referees, athletes and other members of the federation has been amazing. Karate is not prone to crises like other federations because of our style of leadership. You will agree with me that other sports federations in Nigeria are always faced with crisis which can emanate from the players, coaches and other technical officials. Although we are not perfect, we have tried to keep crisis away from our own federation. We try to avoid all the pitfalls that could lead to misunderstanding.

To what extent is the karate federation independent of government funding?

I do not see any sport federation that is completely autonomous when it comes to funding. Even the Nigeria Football Federation (NFF) still runs to the government to solicit for financial support so Karate cannot be an exception. But if you want to rely on such kinds of opportunities to run a federation, you will be lagging behind. Therefore, we have to look inwards to see how we can get additional support from corporate organisations and some government agencies. We are getting the best we can from such agencies. We’ve been able to attend international competitions. And when such tournaments are captured by the Federal Ministry of Youths and Sports, they take full responsibility. We have continued to enjoy the support of the Minister of sports, the Permanent Secretary and the Director of Federations and Elites Athletes Department (FEAD). I really want to appreciate them for what they are doing. But it is necessary to say that on our part, we are not just sitting and waiting for manna to fall from heaven for us.

How many tournaments has the federation organised in recent times?

This year alone, we have been able to organise two national championships. We’ve also attended one international competition. The first national tournament we organised this year took place in Port-Harcourt and we have just concluded another one at the Moshood Abiola national stadium in Abuja which was sponsored by the Japanese government. And we will be having one in Minna. Already, we are working towards the championship in Minna. We have a calendar or you can call it a time-table and we are working to see that we judiciously execute what we have on it.

What is the rating of Nigeria karate in Africa and the rest of the world?

We are doing very well. I can confidently tell you that Nigerian karate is among the top 10 in Africa. This is because of international championships and the level of exposure our athletes are enjoying. Without doubt, we are moving forward. Before now, we were nowhere even in Africa but gradually, we are becoming a force to be reckoned with. In the past, we hardly attended international championships but today there is no international tournament in Africa where we are not there to represent Nigeria. It may also interest you to know that some of our athletes are in the top 10 in the world, not just Africa.

How popular is the game of karate in Nigeria?

Generally, martial sports are not very popular among Nigerians due to cultural and religious limitations. There is also this misconception that martial sports are meant for bullies or people who are troublesome. But the fact remains that there is a lot of discipline attached to martial arts like Karate, boxing, taekwondo, judo or Kung-fu. You don’t just go about attacking people in the street just because you have the ability to do so. There are rules of engagement so we don’t take this for granted. Now when you come to the religious aspect, of course, from this part of the country (North) you know how we look at ladies who are into sports like karate, boxing, Kung-fu, taekwondo, judo or wrestling. So martial arts are impeded by cultural and religious inhibitions.

So what is your federation doing to re-orientate Nigerians for them to embrace karate?

Yes, we are trying to educate Nigerians to make them change their perceptions towards martial sports. Now, with the present level of insecurity in the country, we are beginning to get the needed acceptability especially in the North because people have to defend themselves. The need to ward off attacks from rapists and other social miscreants is making karate and other martial sports popular in the North. Primary and secondary schools are beginning to have karate in their extra-curricular activities. Students or pupils are encouraged to register for one or two martial sports. Therefore, it is quite encouraging unlike what we had before. However, I still believe we have to do more advocacy to reach out to Nigerians on the need for them to embrace martial sports.

What would you like to be remembered for when you complete your tenure as president of the karate federation?

This is a difficult one.  But let me say that some of us relate closely with the youths so I feel motivated whenever I come across someone who says I had impacted positively on his or her life. It is satisfying to know that you added value to someone’s life.