Signs that Abuja is winding up…again

Yes, Abuja is winding up, as it does every four or eight years.  If you look closely and listen intently, you can smell it.  Abuja… 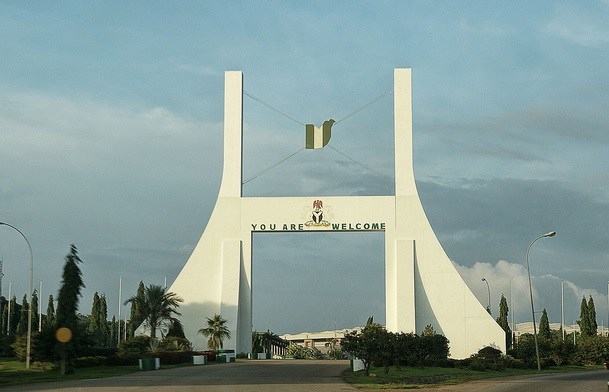 Yes, Abuja is winding up, as it does every four or eight years.  If you look closely and listen intently, you can smell it.

Abuja is a work of fiction.  Ever since the federal government obtained the parcel of land called the Federal Capital Territory and began to build Abuja as the new capital city, it has developed as fiction.  That is the reason why it is surrounded by so much poverty, reflecting the disaffected populace from whom the land was acquired, but contains incredible elements of anonymous wealth which few can afford.

And yet—or partly as a result–Abuja winds up periodically as an election cycle arrives.  Next year’s exercise, particularly the federal elections, will determine who next seizes control of the prize, but the winding-up is of the outgoing power elite, who accomplish nothing with their power, and the wealthy, who cannot justify their wealth.

Most of the current undertakers came to Abuja nearly eight years ago with the APC, or four years later when it renewed its hold.  Some came with a direct correlation to power: to assume roles or positions or offices.  Some arrived because they knew someone who knew someone.  Some knew someone who knew the spouse of someone whose time had come.  Others came with those who were invited or appointed, but somehow acquired ascendancy over their hosts.

Some people were never invited, but they followed their instincts, or followed those who were following their instincts.  Some merely heard someone speaking in an indecipherable tongue interpreted as Abuja and their “portion.”

If you measure in purely material terms, some of these people have made Abuja work for them.  They own expensive property of various kinds, traveling from one office to another through the work week, visiting people just like themselves. They own no farms or factories or ideas, and manufacture nothing.  They merely market Abuja’s most vital product: hot air.

Some of these people arrived with the best of intentions, or so they claim.  But hot air does not simply sell in Abuja, the city floats on it.  It is why Abuja is so prominent in Nigeria’s poverty.

Why is Abuja winding up?  Because it is in that critical transition: the final year, of the government—and perhaps the party—in power.  The last time that happened was in 2015.

That is the only time that decisive transition has happened in the Fourth Republic.  The APC at the time bragged that it was superior to the PDP it was trying to replace.  It would bring CHANGE and healing and character and stop the goats.

Goats, for anyone seeking interpretation, is an allusion to a certain philosopher named Goodluck Jonathan who, as President of Nigeria, became infamous for asserting that he didn’t give a damn about declaring his assets, and for dismissing corruption with the words that “if you put goats and yams together, the goats will eat the yam.”

APC, seeking power, disagreed.  They vowed that under their watch, that kind of “nonsense” would have no place, and that Nigeria’s yams would be safe.  Nigerians went into festive mode, only to find out later that APC had objected only to goats, but not to monkeys or snakes or snails eating the yams.

In Nigerian politics, Abuja is not simply geographical.  It is every state capital and every local government council and everywhere that public funds and institutions are an issue.

This month, Buhari traveled to the other end of the earth as unprecedented floods savaged his country and the developed countries worried about an imminent terrorist attack on Abuja so much they warned their citizens and pulled out their diplomatic staff.

One day after the United Kingdom advised its citizens in Nigeria’s FCT to be cautious, the British High Commission in Abuja announced that it was limiting only “critical staff” in its premises.  Canada and Australia issued similar warnings.

Following its alert on Sunday, the US days later reaffirmed the “heightened” risk of attacks in Abuja, recommended that its citizens do not travel there at this time, and ordered the departure of family members of its government employees from the city.

But Buhari’s government sneered in response, Minister of Information and Culture Lai Mohammed declaring the country and Abuja to be safe for each and all.

“I want to reassure both citizens, non-Nigerians, Nigerians living in this country, that security agencies are on top of this matter,” he said, adding, “There’s no cause for alarm. No cause to panic.”

The minister went on to insult the media, saying it had reported the advisory “just for clickbait and the attendant monetary gain,” and urging them to “stop demarketing your home country.”

Affirming that Nigeria security was “working round the clock to contain any terrorist attack,” he attacked the US over its school shootings.

“Look how many school shootings happen in the US? How many senseless killings happened in the US? So have they been able to predict what’s going to happen next, which school is going to be a victim next? Do Nigerians in the US also feel safe?”

Mr. Mohammed was right: the US has a public shooting problem.  But how does the problem of school shootings in the US, which is tied to its complicated gun policies, prevent that country from using its massive intelligence-gathering capacity from helping to prevent needless deaths anywhere in the world?   That includes Nigeria, where human life is very cheap under the Buhari government, and where terrorists attack soft targets at will, but also high-level security and military installations.

The minister’s response to the advisories advances a pattern of behavior in which the government hangs the messenger rather than pursue the criminal, and the proclamation of “directives” from Aso Rock is tendered as proof of security.  Mercifully, upon his return to the country on Friday, Buhari offered a more measured response, in opposition to Mohammed’s widespread insults.

The key point is that because of the track record of the Buhari administration, Nigerians do not trust it in anything.  While it never ceases to lament that it lacks resources, for instance, a newspaper report said last week that the nation’s top political figures, including the president, will walk away with vast financial packages of up to N63.45bn on their way out next year, another example of the greed that is destroying the country.

While cleaning up is not time-bound, this dimension of irresponsibility, at a time the nation is borrowing to survive, is one way of confirming that it is winding up season. The poor grow poorer, the criminals grow “richer,” mediocrity is celebrated.

Am I wrong?  Are officials not cleaning up?  I challenge governments, Ministries, Departments and Agencies to publish their 2015-2023 accounts and achievements on their websites while they are still in office.