By agency report Foday Mannah has been declared the winner of the Mo Siewcharran Prize 2022 in a ceremony in London, UK. The Sierra Leone-born… 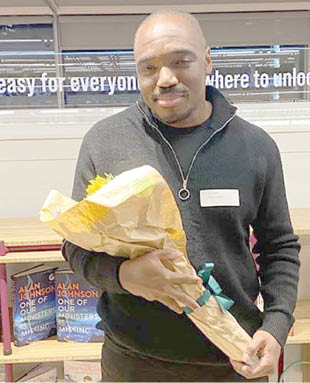 Foday Mannah has been declared the winner of the Mo Siewcharran Prize 2022 in a ceremony in London, UK.

How I use art to reach cultural amalgamation – Lizzy Aroloye

The Mo Siewcharran Prize was established to discover new underrepresented talent in memory of Nielsen BookData’s former director of marketing and communications Mo Siewcharran. It is co-founded and sponsored by her husband John Seaton and Nielsen.

This year, the prize will be hosted by Quercus Books and focused on fiction writing in the crime and thriller genre specifically. The first round was judged by members of Quercus and employees from other Hachette UK divisions. The shortlist, winner, and the runner-up was judged by Quercus fiction publisher Cassie Browne, Quercus publisher Stefanie Bierwerth and the winner of the 2021 prize Santanu Bhattacharya.

Mannah said, “Honoured and humbled.  Very important for our African writing to feature in all genres, including crime and thrillers.”

Foday Mannah is also currently in the running for the Queen Mary Wasafiri New Writing Prize 2022.