Should a woman ask a man to date or marry her?

In 2012, a US website Live Science published a report ‘Is it okay for the girl to propose? No way, study suggests’. The report stemmed… 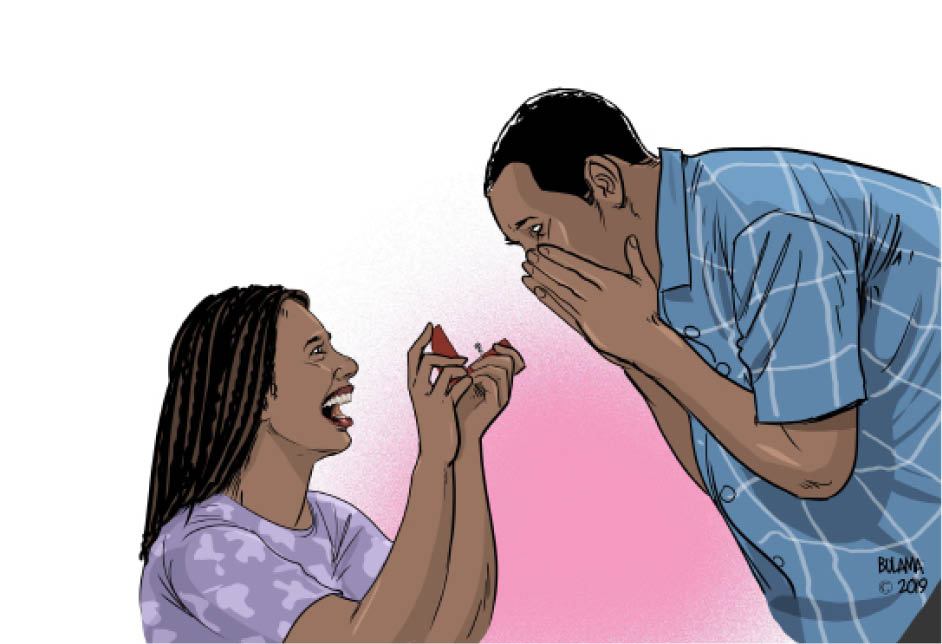 Should a woman ask a man to date or marry her

By Bamas Victoria and Latifat Opoola

In 2012, a US website Live Science published a report ‘Is it okay for the girl to propose? No way, study suggests’. The report stemmed from a research conducted by Rachael Robnett, a graduate student in psychology at the University of California, Santa Cruz.

The researchers surveyed 277 heterosexual undergraduate students at the university on their attitudes toward proposals among other things.

The study of college students found that not a single man or woman wanted a proposal in which the woman asked the man to marry her.

According to Live Science, the researcher said the main reason the students gave was “gender roles” as 41 percent of women and 57 percent of men directly referenced gender roles in their explanations. One man, for example, said that if he did not propose, he would ‘feel emasculated’. A woman responded that female proposals would just be ‘very awkward’.

Robnett added that about a quarter of women and 17 percent of the men cited ‘romance’ as the reason the man should propose. ‘Fear of rejection’, ‘Coming on too strong’ was also cited by 20 percent of the women.

This research was done seven years ago, therefore does it still hold true in the world and especially for the Nigerian Public? LifeXtra sought peoples’ opinion.

Yunus Ismail, an undergraduate, says his first serious relationship was started by the lady. He said he would have married her but their parents objected because they were from different tribes.

“We met in school and became good friends. At the time, I didn’t think of her that way but when she asked me out, I was shocked and I think I liked the idea. And truthfully it was the best decision I made until our parents refused to allow us proceed with the wedding,” he said.

“My experience with her made me set the standard as to what I want in a wife and if she hadn’t asked me I wouldn’t have known this,” he said.

Linus Gabriel, a 27-year-old teacher, says “God forbid it” for a lady to ask him to marry her as that would mean taking away his “duty as a man.”

He said “If I am seeing her and not asking her out then she should know that I don’t want anything too serious or maybe I am not at that space at the moment with her and she should respect that.”

Linus cited “control” as the reason for his stance.

“A lady that is bold enough to tell me she likes me and would like to go out with me will be difficult to control. I don’t need such woman. Besides, the minute she states that she likes me, even if I like her, the likeness will varnish immediately,” he said.

Samira Abubakar, a civil servant, says she sees nothing wrong in asking a man out or even asking him to marry her.

She said “because of the kind of society we find ourselves in, the minute the man agrees to a lady’s proposal he begins to psychologically torture her.”

Samira said “I personally don’t have an issue with it at all. If I find someone who has a good heart and good morals, I will ask him out.”

Cynthia James does not think she can ask a guy out, “Have you seen the series of rejections ladies have gotten from trying to propose to men in public? Haven’t you seen those ones at the malls and so on?” she asks, referring to viral videos of men rejecting women’s proposals.

Cynthia believes it’s not a woman’s “business to ask a man out.” However, “If she finds someone she likes, she can maybe give him signals but would never ask him out or propose.”