Shettima’s unveiling: How we rescued ‘bishop’ from Abuja mob – Police 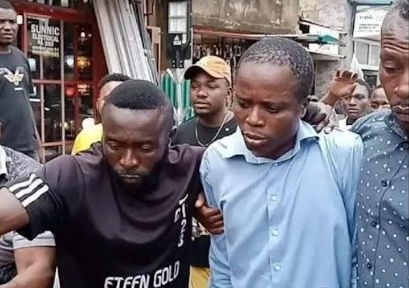 The police have broken their silence on the mob action against one of the “clerics” who attended the unveiling of Senator Kashim Shettima as Vice-Presidential candidate of the ruling All Progressives Congress (APC).

Daily Trust had reported how an angry mob attacked the “cleric”.

In a video shared by a Facebook user, Sunday Wale Adeniran, shouts of “Fake bishop”, “This is one of the so-called bishops Tinubu used”, were heard in the background while some persons mocked the man whom the Facebook user identified as “Rev Chika”.

Daily Trust had contacted Police Public Relations Officer in the Federal Capital Territory (FCT), DSP Josephine Adeh, for reaction, but she promised to call the DPO of the area where the incident took place and get back to our reporter.

When there was no response some hours after, our reporter called back but she did not pick.

However, the PPRO later confirmed that the incident happened, narrating how the police rescued the “cleric” and escorted him out of Dei-Dei International Building Materials Market, Abuja.

She identified him as Bishop Hilary C. Okafoh of Madalla, Niger State.

She said, “Not knowing how far this will go, and to preserve his fundamental human rights. The police swung into action and saved him from further embarrassment.”

The presence of some “clerics” dressed in religious robes at the event which held at Shehu Musa Yar’Adua Centre, Abuja, in July, had sparked a controversy.

The Christian Association of Nigeria (CAN) had distanced itself from the “men of God”, saying they were hired to give semblance of acceptance to the APC Muslim-Muslim ticket.

Vice President of CAN, 19 Northern States and Abuja, and its chairman in Kaduna State, Rev. Joseph John Hayab, had said though the presidential candidate of the APC, Asiwaju Bola Ahmed Tinubu, was free to “hire mechanics and other artisans and sew clerical garments for them, such effort would only add to their many ropes but would not change the need for fairness and justice”.

But Bayo Onanuga,  Director of Media and Communication of Tinubu’s campaign, had insisted that the men were not hired.

After both camps stopped the heated exchanges over the “clerics”, the controversy raged on social media.