Shettima and the search for a fitting VP

Shamsuddeen Ahmad If anyone is looking for a more hands-on and astute political administrator on the Nigerian political scene in the Fourth Republic, it is… 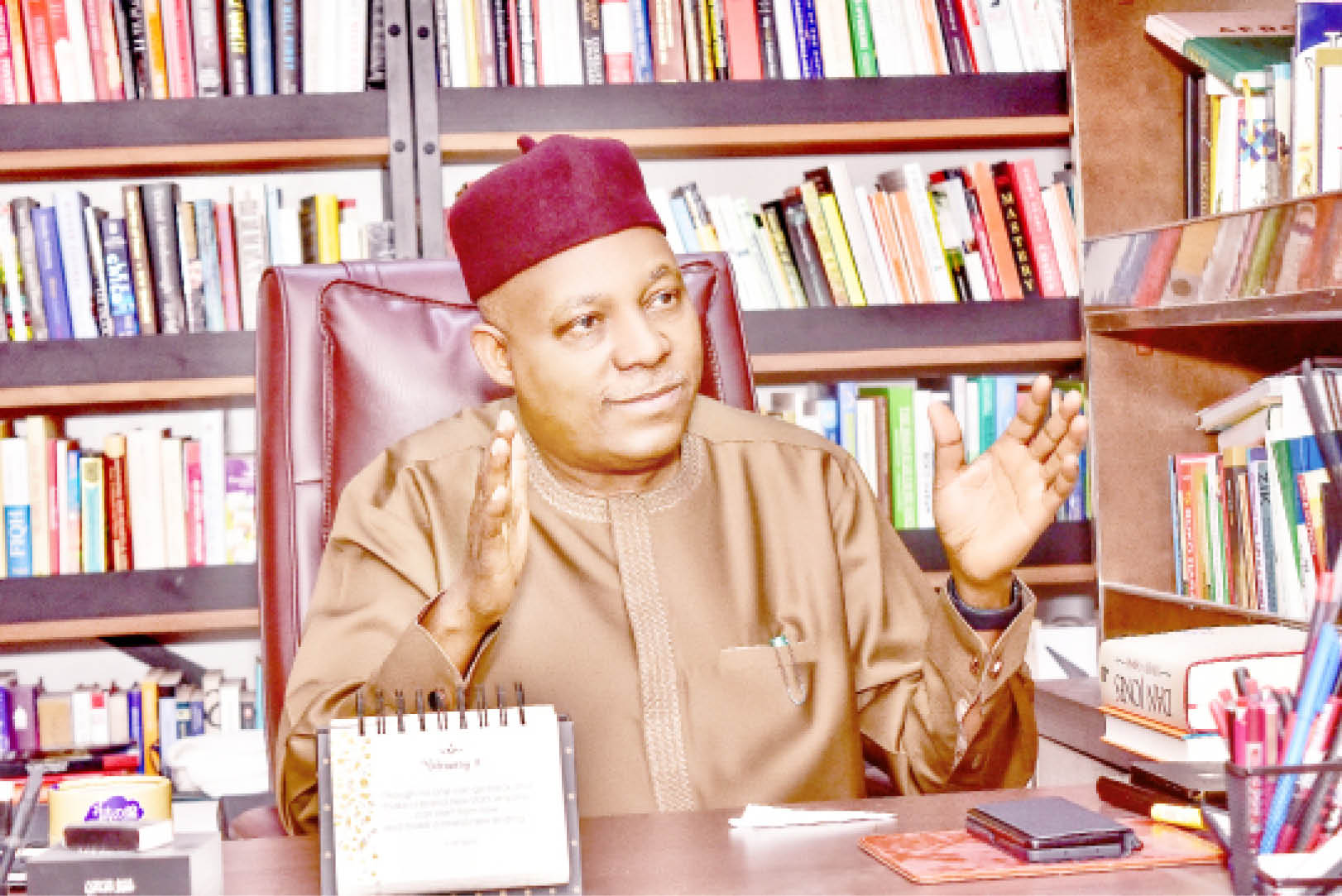 If anyone is looking for a more hands-on and astute political administrator on the Nigerian political scene in the Fourth Republic, it is not likely that such a person would look beyond the Maiduguri-born Kashim Ibrahim Shettima, the immediate past governor of Borno State and now senator representing Borno Central senatorial district.

In the banks where he worked, he held various positions and ended up as General Manager at Zenith Bank in Maiduguri. From 2007 to 2011, he served as commissioner in five ministries in Borno State, and was an elected two-term governor of Borno State, having been elected first on the platform of the All Nigeria People’s Party (ANPP) in 2011, and then on the platform of the All Progressives Congress (APC) in 2015.

Today, most people in and outside the state acknowledge Shettima as the best governor Borno State has had since democracy was ushered in, in 1999. His impactful stewardship in the most trying times for the state is the reason for this belief. To what many people thought was a great disadvantage for his government; Shettima took the reins of office at a time the Boko Haram insurgency was at its peak. As governor of the state most affected by the unceasing attacks of the sectarian rebels at the time, he had the unenviable task of leading from the front and providing purposeful governance for residents of the state.

And to the delight of many people, he efficiently managed the challenges brought on by the insurgency, so much so that one of the major success stories of his administration was the improvement of security in the state capital. Shettima gave unprecedented support to the security agencies while exclusively funding the activities of the youth vigilance group known as Civilian-JTF, who worked all day and all night to ward off attacks from the insurgents. His efforts in this regard helped restore normalcy in most parts of the state capital. Without the level of efforts he put in in the area of security, it would have been very difficult for night life to return to Maiduguri after years of curfew.

Before his arrival at the helm of affairs, management of the Internally Displaced Persons’ (IDP) camp used to be a challenge. But he was able to transform the whole unfavourable arrangement for a more rewarding outcome with the introduction of household feeding system for IDPs. As governor, Shettima was able to lead an aggressive campaign for support within and outside the country, and this made agencies like the Dangote Foundation donate a huge sum of money in support of IDPs welfare and the reconstruction effort. It is also relevant at this point to mention that it was under Shettima’s administration that the relocation of IDPs to some of the liberated communities began. These were in addition to remarkable feats in provision of infrastructure and transformation of the education sector in the state.

But by far what would be recorded as the greatest achievement of Shettima is his providing the people of Borno State with a vibrant, energetic and inventive successor, Professor Babagana Umara Zulum who also like his predecessor, is a man focused on delivering results rather than wasting precious time and energy spewing empty rhetoric. Governor Zulum, who served in Shettima’s government as commissioner, has enormous respect for his boss from whom he obviously draws inspiration and on whom he continually relies for guidance in managing the affairs of the state. As much as Gov. Zulum can, he should maintain the existing cordial relationship with his leader and ignore all opportunists and political jobbers working hard to cause bad blood between them.

Bola Ahmed Tinubu, the presidential candidate of APC, saw in Shettima, a highly resourceful politician who would be most useful in the advancement of his own long-nurtured ambition to lead the country. It was no surprise when he tapped Shettima to coordinate his campaign in the battle for the party’s ticket. Tinubu knew with such a man at the head of his campaign for emergence as candidate of the ruling party, he was home and dry. And Shettima indeed lived up to the billing.

He worked hard traversing every nook and cranny of the country consulting and convincing relevant elders and party faithful about the viability of the Tinubu ticket. In the end, he promised his principal would be elected as the presidential flag bearer of the party, and that was exactly what happened. It’s safe, therefore, to argue that without the shrewd organizational input of Shettima as the head of the campaign team, it would have been difficult for Tinubu to win the primaries.

One remarkable thing about the duo that also deserves referencing is their style of politics. Tinubu and Shettima are undeniably effective leaders who have continued to exert enormous control on their state. This is demonstrated by the fact that to date, they remain the only former governors who have successfully played the role of productive kingmakers in their domains by the way they have been able to identify strong personalities who are equipped with what it takes to provide sound governance to their people.

That is why in his search for vice presidential candidate, a good number of people are urging Tinubu to go for Shettima since they both share common leadership traits that are greatly admired by many political observers. And indeed, the fact that the current president who has less than one year to leave office is from the northwest is enough to make northwest governors insist that in the interest of justice, the vice-presidential candidate of APC for the next election should come from the northeast region, which is the next most populous region after the northwest.

If this slot goes to the northeast as is expected by all fair-minded persons, then there is no doubt that Shettima is in pole position to nick it not just on account of the strategic role he played in the victory of Tinubu at the primaries, but also because of the sagacious politician that he is. Governor Zulum knows all of this, and that is why he is ignoring and must continue to ignore all those political merchants pushing for him to be selected as VP. Instead, in continued deference to his predecessor and benefactor, Gov. Zulum has positioned himself at the forefront of the growing crowd that are rooting for Shettima as VP. That is one of the ways of paying back his boss for, as it is said, one good turn deserves another.