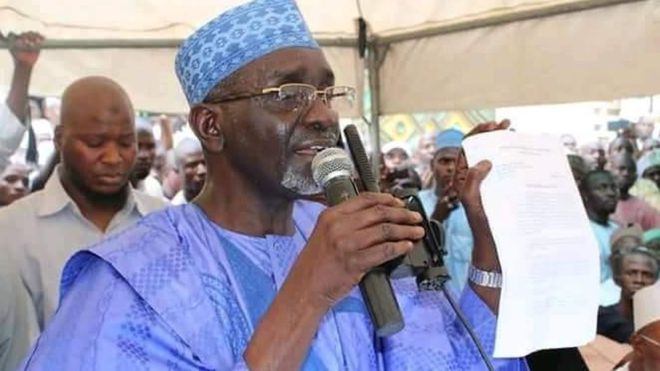 Shekarau, who defected to the Peoples Democratic Party (PDP) from NNPP on August 29, was on Tuesday listed as the candidate of the NNPP for Kano Central by INEC.

The electoral body had on Tuesday published its final list of nominated presidential and national assembly candidates for the February 25 elections.

Daily Trust reports that the listing of Shekarau by the electoral body triggered uproar in the political terrain.

While announcing his defection, Shekarau said he had written to INEC and NNPP to announce his withdrawal from the senatorial race for Kano Central under the NNPP.

“By our Timetable and Schedule of Activities released on the 26th February 2022, July 15, 2022, was stipulated as the last day for withdrawal and replacement of National Assembly candidates. The former governor of Kano State allegedly withdrew his candidature on the 26th day of August 2022.

“After July 15, 2022, a candidate can only be replaced as a result of death or through judicial intervention as the window for withdrawals has closed,” he said.

Reacting, the Publicity Secretary of the NNPP in Kano, Abdullahi Ibrahim Rogo, said the party was not surprised that Shekarau’s name appeared on its slot adding, however, that it has started the process of correcting the anomaly.

Rogo said based on the guidelines issued by INEC, the party was expected to follow some steps in getting the name of Shekarau substituted and that the party had started the process. He said since Shekarau voluntarily withdrew, the party had conducted fresh primaries within the time frame provided by the new electoral act.

“All we did is within the stipulated time and we are following the right channels. So we have gathered all the information and we will throw the issue to the court and after going through all our facts and evidence, we are sure the court will direct INEC to change the name of the previous candidate with the new candidate from us.

“We are now waiting for a hearing date,” he said, but refused to give the details of the court where the case was instituted.

Speaking on the legality of the action of INEC, a former vice president of the Nigerian Bar Association (NBA), Ibrahim Aliyu Nassarawa, said based on the Electoral Act 2022, once candidates’ names are submitted to INEC, it becomes difficult to substitute the candidates.

He said if the party was sure it had followed the guidelines and timetable set by INEC, it has a locus to seek for legal redress and interpretation of the relevant sections of the act that they felt they are covered by, “but as far as INEC is concerned, what is in their records is what they will release.”

“The court decision will be the final determinant (of the party’s fate),” he added.

Also speaking, a former Kano State chairman of NBA, Abdulrazaq Aikawa, said he believed the party would take all the necessary steps to draw the attention of INEC to the “mistake”.