Sheep without a shepherd

Reverend Father Ejike Mbaka, director of Adoration Ministry, Enugu, made a rather grand entry into the public space in late 2014. He looked into our… 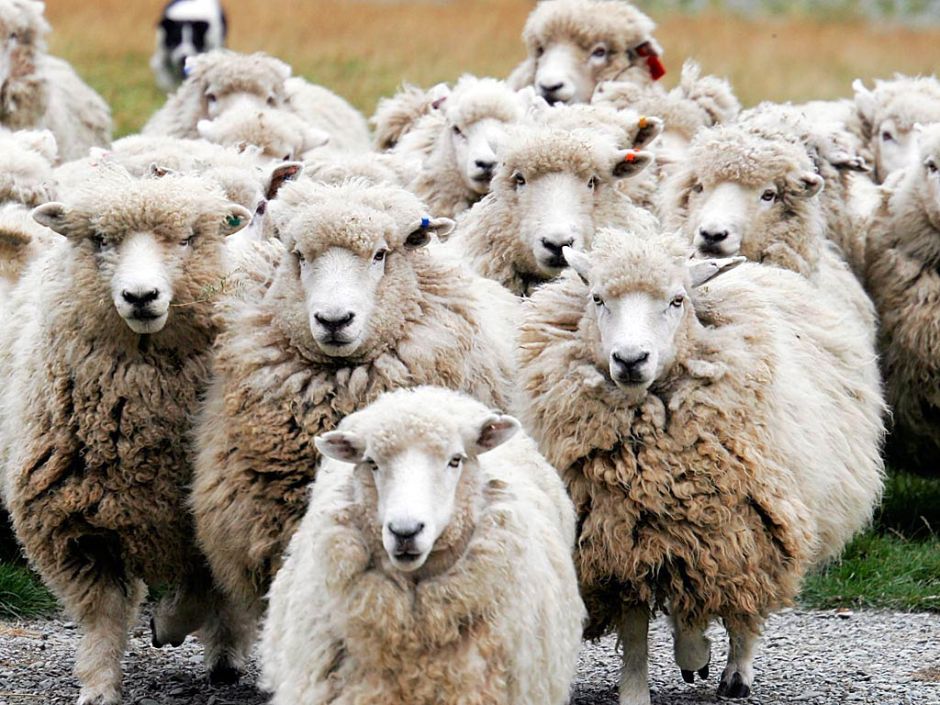 Reverend Father Ejike Mbaka, director of Adoration Ministry, Enugu, made a rather grand entry into the public space in late 2014. He looked into our political future and told his congregation that President Goodluck Jonathan was no longer part of it. His time in Aso Rock was up, he said. He would not be re-elected in 2015, he said. He had failed, he said. He advised the president to pack and head for Otuoke, his home town. Jonathan ignored him and went to the electorate who gave him the thumbs down.

God had chosen his replacement – Major-General Muhammadu Buhari, former head of state and presidential candidate of the new political party, APC, into which, Nigerian politicians being without shame, PDP leaders and their members who abandoned their own party, flocked in droves and forced the sun to set on the largest party in Africa, destined, its leaders verily believed, to rule the country for 60 years in the first instance.

APC leaders, their members and their presidential candidate, Muhammadu Buhari, were over the moon and hailed Mbaka as the true man of God who was close enough to the Almighty to know his thinking and his decision as to whom he was well pleased to rule Nigeria from 2015. God had chosen their man.

It came to pass. Jonathan lost the 2015 presidential election and went home to nurse the pains of his loss. Buhari, the man who sought the crown for the fourth time, replaced him as president and took up residence in Aso Rock.

Mbaka was largely unknown until then but he instantly became a hero and was seen as the new and fresh face of clerical courage and the moral authority to speak truth to power. I do not have empirical evidence for this, but it is safe to say that from then on, the politicians beat the path to his door in droves to consult him for their political future, as in winning or rigging elections.

We need our clerics to speak up in our leadership recruitment process and in how we are governed. They have the moral authority to chide our politicians and no ulterior motives could be ascribed to them. At least, that is the theory. In Mbaka, we heard the voice we have always yearned for – the authentic voice of a cleric who spoke the truth as he saw it. He and other clerics like him, such as Bishop Hassan Kukah, can help us make some sense of our faux religiosity that holds the nation hostage while the self-anointed men and women of God immerse themselves in filthy lucre but encourage their flock to impoverish themselves here on earth for their right to live in mansions when their eyes close in death. A good piece of real estate in heaven is worth dying for, I tell you.

Mbaka earned the right of a free access to Aso Rock. Well, until, things came to this sorry pass this month. In his adoration message recently, the reverend father showed that the Teflon has worn off and he is no longer enamoured of the capacity of the president to lead the nation aright. He could see that the man who deftly marketed himself as the only Nigerian with the moral authority to rid the nation of corruption and the capacity to rescue the country from the mess into which it was rapidly sinking, appears not to be the leader they believed in six years ago. Mbaka could not close his eyes and pretend that the insecurity and the daily killings under Buhari’s watch are not happening. He chose to join the chorus of fellow Nigerians outside the corridors of the presidency to tell the president to either sit up or go home.

He said, “If it is in a civilised country, by now President Buhari will resign. By now with what is happening President Buhari should honourably resign. Either Buhari resigns by himself or he will be impeached.”

That did not sound nice in the ears of the president and those of his men. Garba Shehu, the president’s senior special assistant on the media, immediately leapt to the defence of his principal to tell us why the reverend father has now changed his tune about Buhari. According to the presidential spokesman, Mbaka chafed and chided because the president denied him contracts. We may be shocked that a reverend father would ask for a contract for himself or his friends but remember, man shall neither live by bread alone nor by the word alone. I suppose a reverend father can forgive all sins except the sin of denying him a contract.

Shehu said Mbaka is asking for his own pound of flesh. APC and ACF, the very people who hailed Mbaka’s pointed judgement on Jonathan in 2015, have the whip out for Mbaka. They have told him to concentrate on the spiritual and leave politics to the politicians. Oh yes, the scales have fallen from their eyes.

Fear not. Buhari will neither resign nor be impeached on the say-so of the reverend father. The constitution does not recognise the right of a cleric to decide for the people outside the ballot box who should be or remain their president.

There is a tragedy to all this though. It brings forth some unsavoury aspects of the relationship forged on the anvils of mutual interests between our clerics and our politicians. It is hardly news that our politicians cultivate, for which read, buy, the support of our dear men of God. Telling God what to do has its own price, obviously.

Sometime in 2011, when Jonathan sought the presidential sash in his own right, the photograph of him kneeling before Pastor Enoch Adeboye, GO of the Redeemed Christian Church of God, for his anointing and God’s approval in pursuit of his political ambition went viral. He received the anointing and went on to defeat Buhari at the polls.

Jonathan actively cultivated the support of the men of God – Christians and Muslims. A pastor in the North-East whose name I sadly now forget said that Jonathan gave N7 billion to the churches to help him persuade God to give him the thumbs up. No one spilled the beans on what he did for the Muslim clerics but he could not have ignored them. Some of his fellow pastors denied it but it was a hollow denial. None of us can pretend not to know that some of our religious leaders feed, and feed well, from the rich victuals on the tables of our political leaders in keeping with the self-serving philosophy of, you fill my pocket, I speak well of you before God.

Here is why this is tragic for the rest of us. Religion has been turned into big business in our country. There are no poor clerics any more. In the jet age, they own private jets. Religious leaders and politicians live big because they exploit the people’s trust and fear for their private benefits. There is no pretending that we have lost the clerics to the lure of lucre. The convergence of the mutual interests of the politicians and the clerics puts the padlock on the lips of the latter. When some of them speak, they do so from both sides of the mouth. And the devil chuckles.

We do not usually expect moral leadership from politicians but we expect our clerics to wield such moral authority that they can occasionally turn our politicians back from the crooked path of corruption and everything that is wrong with and has hobbled our long trek towards the sunrise. We can take shelter under them. Sadly, our politicians and our clerics are in cahoots to cheat us and yet sell us hollow promises of a better tomorrow while they live better today. The consequence is a trust deficit between the leaders and the led in politics and in religion. It’s a tragedy.

As Father Mbaka said, we are without a shepherd.