Recall that the tragic event which started between a pregnant woman and a motor boy on that fateful Thursday, February 11 and degenerated the following… 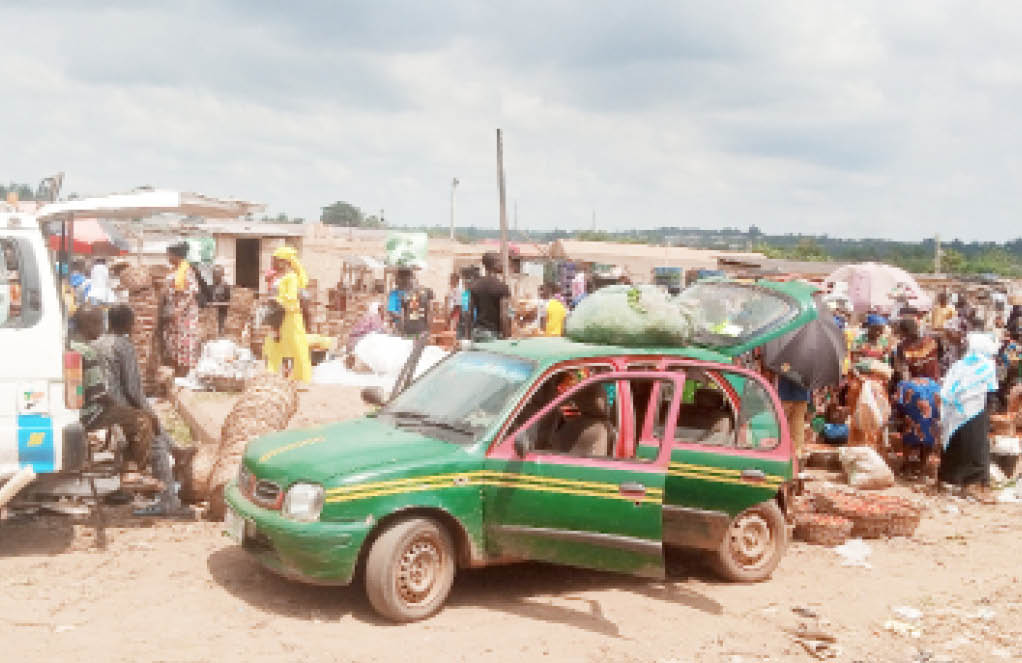 Recall that the tragic event which started between a pregnant woman and a motor boy on that fateful Thursday, February 11 and degenerated the following day led to loss of many lives and property.

About 5,000 Hausa traders, women and children displaced took refuge at the residence of the Sarkin Shasa, Alhaji Haruna Maiyasin and the International Institute of Tropical Agriculture (IITA),  Ibadan, before they relocated to their respective bases in the North.

While recounting the ordeals of some of the traders, the Chairman of Akinyele Pepper Market, Alhaji Usman Yako, also disclosed that about 300 people were killed in the crisis.

Daily Trust reports that months after, the aggrieved traders relocated the market to Akinyele Village in the aftermath of the crisis and are now enjoying relative peace.

Yako said many of the victims who relocated to their home states in the North,  had returned to Akinyele Market, following the return of peace.

“Before now, security had been a major concern of our people at Shasa. But now, we have been able to tackle the insecurity in Akinyele with the support of the government. There is enough space for our people to operate here. We are more comfortable here than Shasa Market,” he said.

“The market here is booming than that of the Shasa Market because this place is accessible to people coming from all parts of the South-West states. As we speak, people are coming from every part of this region to buy things here. In fact, some people come from Benin Republic to buy goods here. So, it is gradually becoming an international market.

“Those who left Shasa for the North are now coming back. It is normal for them to run for safety during a crisis. Many of them are back in Akinyele, while others have called the chairman that they are coming back. But I can confirm to you that many are back,” the chairman said.

“As you can see, we are living happily here. People are coming from Osun, Oyo, Ogun and Ekiti states to buy things here. If we compare our experience at Shasa Market to what we are experiencing here, I will tell you that we don’t have any problem here. We used to sell inside the houses of some people in Shasa. But here, we have enough spaces.

“The only challenge we are having here is light, water, toilet and hospital. If government provides all these for us, we will be happy.”

Another victim, Temitope Adebayo fondly called Mama Bata,  said all her four shops in Shasa Market got burnt in the crisis. She estimated the loss to be over N5 million.

“I am grateful to God. I sell imported bags and shoes. The new stock I received a day to the crisis was N5 million, not to talk about the stock I had in store before the new stock arrived,” she said.

“I am surviving here with the support of my family in the market. They gave me a space which I am using with a table. I believe this place will be good because it is a virgin land. Our prayer is never to have such experience again in this place.”

Another leader of the market, Alhaji Mohammed Dankasa, told Daily Trust Saturday that people troop to the market from every part of the country.

“We have a traditional ruler here, the Baale of Akinyele, who understands our plights. He always brokers peace among us and he never believes in tribalism. He is a very nice to us. He sees Hausa, Fulani, Igbo and Yoruba as one family. He treats us as his sons and daughters. He even told us not to allow anyone to intimidate us. So, this place is like home away from home,” Dankasa said.

The Babaloja of Akinyele Market, Alhaji Sulaiman Adewale, said the leadership of the market had learnt their lessons from the  Shasa crisis.

“We have tasted two places now and seen the difference. We thank God because before now, we had been using some people’s family compounds. But now, this is a market and nobody can lay claim to it. This place belongs to government at all levels. Shasa Market was regarded as a family business. But this place is open to everyone. Our chairman has set up different committees to address issues amicably. For instance, we have a committees on security and conflict resolution. We also have six other committees. All these efforts are to ensure that we don’t record another crisis in the market again. Though I lost many things to the market, but since I am alive, it is well with me,” he said.

Traders from North still in pain

However, Northern indigenes who relocated to their home state, for safety are still lamenting their travails.

Some of the victims who relocated to Kano are still recounting their ordeals amid government’s failure to fulfill promises to support them and assuage their plights.

Daily Trust Saturday reports that even though peace had reportedly been restored to Shasa and its environs, following deployment of security operatives, many people in the Hausa community as well as some displaced residents, including women and children, relocated  to the North.

Our correspondent, however, gathered that some of them had returned to Ibadan to start life afresh in new settlements, while others had vowed never to return.

Abubakar Karaye who hails from Karaye Local Government Area of Kano State but a resident of Sasha returned to Ibadan two days ago.

In a chat with Daily Trust Saturday, he said the crisis was tragic and people nearly starved to death.

“It was a trying moment for us. Even when some northern governors came to visit us, we were not able to see them because we were under captivity. There was no food, no water. We almost starved to death due to severe hunger,” he said.

“I am one of three people that gave soldiers N10,000 to pick us and take us to Ojo Tudun Wulli around 10pm. We then lodged in an hotel and spent the night. In the following morning, I headed for Kano with the little cash remaining on me.

“God knows the level of loss we suffered. In my room, there was some money belonging to me and some people. But I couldn’t pick a dime from the room. I didn’t have any money, except the amount I had in my pocket.

“Our plights were to no avail because we could not access the intervention brought by governors because the money they gave wasn’t channelled through the right people.  We did not even see them.

“I have brothers and cousins who spent five days before they later left the place and returned home. What the governors gave did not get to any of the victims. It was people that were not affected by the crisis and not in need that benefited. The only thing we can say now is to thank God who saved us from the hands of those evil men.”

Abdulkadir Najalli who hails from Kiru Local Government Area of Kano State and has been doing business at Shasha Market since about   30 years ago said:

“As Muslims, we believe that everything that happens to someone is ordained by God. But honestly, what happened to us and our colleagues at that market was unfortunate. We really suffered. Government needs to look into it and provide succour to the victims because the loses were enormous.”

“They have sent representatives to us and we have given them the pictures and videos of what happened. It has been nine months since then. But government has failed to fulfill the promises. We have not seen anything yet,’ he added.

“We have relocated from Shasha and now doing our businesses at Akinyele in Ibadan which is owned by the federal government. It was designed to store farm produce. We cleared the place and are now using it temporarily.

“We are appealing to government to remember their promise and come to our aid because most of us are now jobless due.

“We have over 7,000 people doing businesses here. If we are to wait for government job, the story will be entirely different. We hope government would fulfill its promises to us. It’s for our collective benefits.

“Government has done its investigations thoroughly. Now, they know what and who caused the crisis. They know everything. Yet, for nine months after the incident, we have never heard that a single person has been arrested.

“From the date the crisis began till date, there is no day I am not in Ibadan. We don’t even want to remember the tragedy. It was traumatic, horrific. We were mercilessly bullied.