The Zuba ‘international’ market, as it is often called, is a significant selling hub for dealers and growers of fruits and vegetables in the country.… 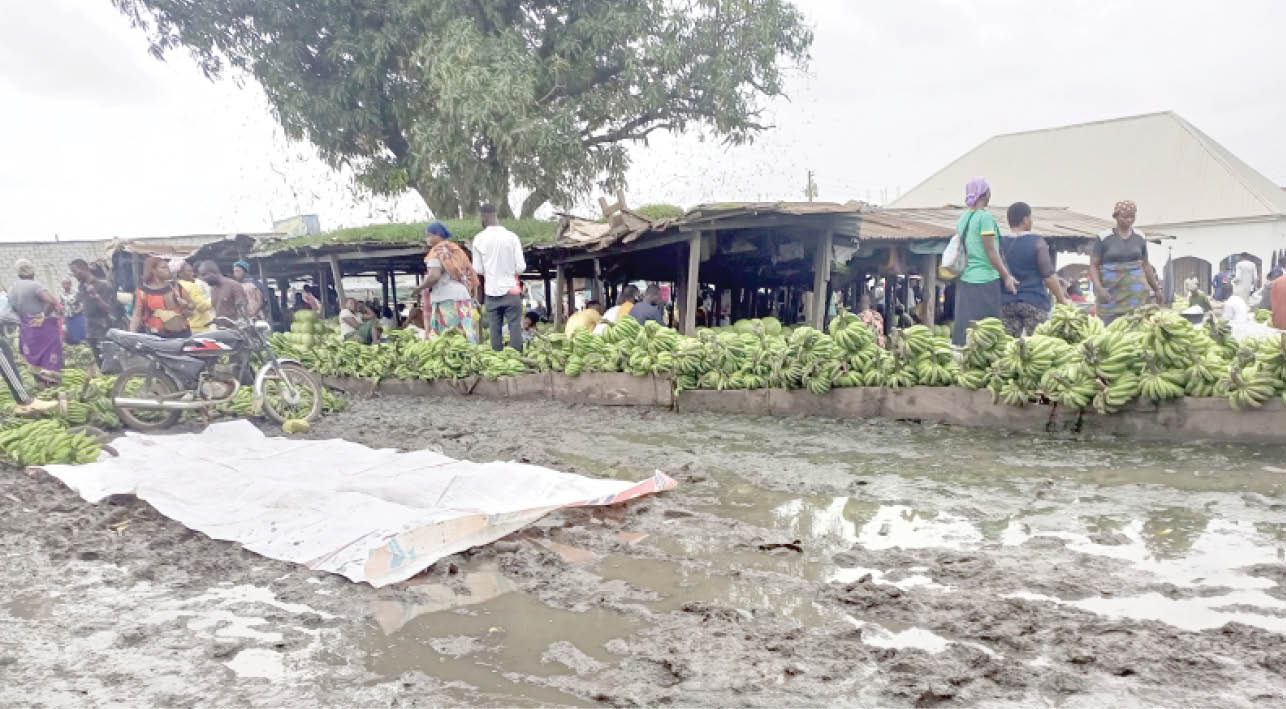 A section of the Zuba fruit market in the FCT

The Zuba ‘international’ market, as it is often called, is a significant selling hub for dealers and growers of fruits and vegetables in the country. The market serves neighbouring states, in addition to the Federal Capital Territory (FCT).

Located on the outskirts of Abuja, the country’s capital in the Gwagwalada Area Council, the market is now an international disgrace in view of the fact that several reports of its condition had failed to get attention from the relevant authorities, including the FCT Administration.

Arguably, while Zuba is the biggest fruit market in the North, its condition is the most appalling in the country.

The volume of fruits coming to the market is huge. Hundreds of metric tonnes of fruits arrive in the market on a daily basis.

Every day by 6am the market witnesses a beehive of activities with thousands of people buying and selling banana, plantain, coconut, pawpaw, orange, watermelon, apple, pineapple, cucumber, garden egg, among others.

A substantial public health concern is raised by the market’s continued disorganisation and the fact that the majority of the fruits are positioned on unhygienic grounds, especially as the country joins the rest of the world in fighting the COVID-19 and other pandemics like cholera, Lassa fever etc.

Again, the lack of essential infrastructures like cold storage facilities, a proper road system, water, standard shops, clean ground facilities for displaying fruits and a host of other elements heighten serious safety concerns and put everyone eating fruits in Abuja and its surroundings at a considerable risk.

In 2018, Daily Trust revealed widespread use of carbides to ripen and preserve fruits and vegetables, which medical professionals warned could result in cancer.

Following the report, the market union instituted a taskforce to crack down on offenders.

Daily Trust on Sunday reports that revenues collected in the markets amount to millions of naira. For example, there are well over 1,000 wheelbarrow pushers and each pays an average of N100. The same goes for okada (motorcycle) riders, not to mention hundreds of vehicles offloading fruits on a daily basis, who are charged an average of N2,500.

In addition, in every transaction, a certain amount of money is paid as ‘la’ada’ (Hausa word for a percentage of amounts paid for each sale), which goes to the market union; the least is N100 per transaction. These transactions can amount to millions. This is different from other revenues collected daily in the market.

For many years, government at both levels turned blind eyes to the plight of the market despite being a strategic market that supplies fruits to Abuja and its environs.

The current condition of the market is capable of triggering a major health disaster and serious food safety concern.

Asked what she makes of the condition of the market, Mrs Veronica Adamu, who sells plantain, simply looked at our reporter, nodded her head and left without a word. Other traders and visitors to the market also exhibited the same attitude, which is a sign of disappointment.

Like Mrs Adamu, Mallam Abubakar, who trades in pawpaw said, “Every trader you speak to in this market is angry at the government. Visitors who want to buy in large quantities for occasions are even more disappointed.”

One visitor who came in Hilux truck to buy fruits for an event, Mr Jacob Kayode, said government had the resources to fix the market but was rather more interested in revenue alone.

“Any visitor concerned about food safety here will not eat any fruit in Nigeria. Look at the environment. It is a disgrace. This is my first time and I am very disappointed. Is this place too big for the Gwagwalada Area Council to fix? What happens to millions of naira generated here daily? I learnt that this market has been in existence for over 15 years,” Kayode lamented.

Daily Trust on Sunday reports that based on the pathetic situation of the market, urgent action is needed from the government to protect consumers of fruits and vegetables from Zuba market.

A senior official of the FCT Administration who craved anonymity because he was not authorised to speak to the press on the situation, promised that the matter would be referred to the relevant department for action.