The Benin zone of the Academic Staff Union of Universities, (ASUU) has condemned  the suspension of the  Ambrose Alli University, Ekpoma, branch chairman  Dr. Monday… 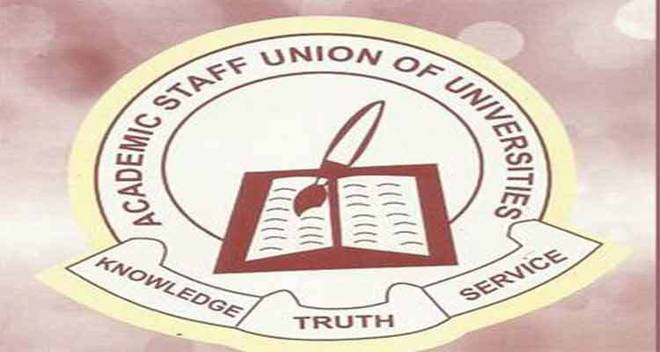 The Academic Staff Union of Universities

The Benin zone of the Academic Staff Union of Universities, (ASUU) has condemned  the suspension of the  Ambrose Alli University, Ekpoma, branch chairman  Dr. Monday Igbafen over allegations of sexual harassment and sex-for-marks by the institution’s authority.

A statement signed by its zonal coordinator, Fred I. Esumeh and four others and made available to journalists at the weekend in Benin, faulted the university’s management choice of reawakening the said case that was previously investigated and closed in 2012.

“The attention of the zone has been drawn to the purported suspension of the branch chairperson of ASUU, Ambrose Alli University, Ekpoma, M. Igbafen on the allegation of sexual harassment and sex for marks.

“Having received updates on the issue, the zone resolved to condemn in totality the suspension of the branch chairperson of Ambrose Alli University, Ekpoma over a case that was previously investigated and closed in 2012”, he said.

He said the actions  by  the Vice Chancellor of the university is geared towards  weakening and intimidating ASUU members in the institution.

He added, “it is clear that the Vice Chancellor wants to emasculate the union through the series of queries being handed to some the leaders at the branch.

He further advised the university’s Governing Council to take a proper look at the issue and uphold fairness and justice in the matter.

Responding, the AAU Public Relations Officer, Mr. Edward Aihevba  said the issue at stake has nothing to do with the ASUU Benin Zone rather than it is an AAU internal affair.

He said the school management did not suspend him as the ASUU AAU chairman but rather his activities.