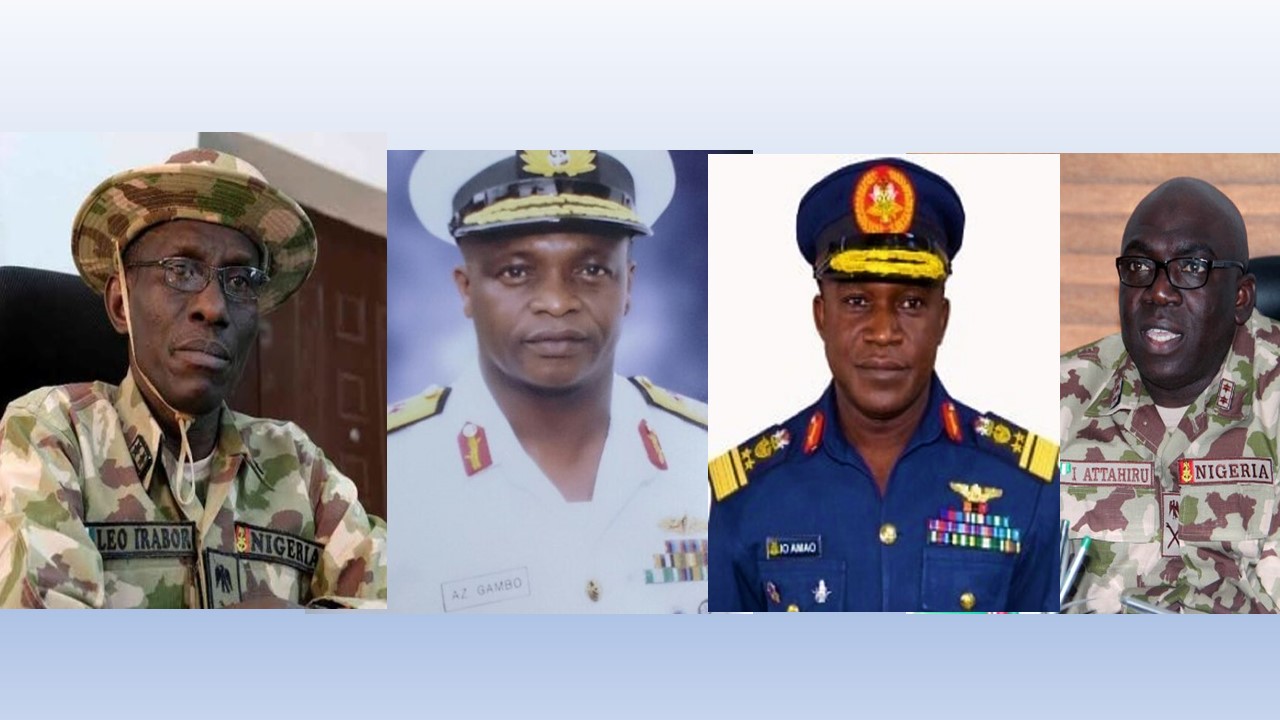 The Conference of Nigeria Civil Rights Defenders (CNCRD) on Monday urged the National Assembly to ask President Muhammadu Buhari to review the appointments of the new service chiefs.

According to them, the process of the nomination of the new service chiefs was faulty as it did not reflect the federal character much needed to engender unity and development in the country.

The group, in the letter signed by its National Coordinator, Dr. Hassan Muhammad and National Secretary, Barrister (Mrs) Ibinabo Pere Jaja, said that the exclusion of the Igbos, despite their being the third largest ethnic group in the country from the security management team for the second time during this administration leaves much to be desired, hence the need for this to be corrected before screening by the lawmakers.

The letter, dated Monday, February 15,2021 and titled: “Open Letter to the National Assembly on the Screening of the New Service Chiefs”, the Conference of Nigeria Civil Rights Defenders, expressed its support to the position of Igbo apex socio-cultural organisation, Ohaneze Ndigbo, for a review of the service chiefs’ composition, saying its position was for equity and fairness.

“The National Assembly as the representative of the people must prevail on Mr President to correct this gross injustice by reviewing the appointments in the interest of justice and national unity.

“We write to throw our weight behind the Igbo apex socio cultural group, Ohanaeze Ndigbo, on the exclusion of Igbo from South East in the composition of the new service chiefs which to us, is a gross violation of the federal character principles and a clear bias against the Igbos.

“We call on the National Assembly as the representative of the people to prevail on Mr President to correct this gross injustice by reviewing the appointments in the interest of justice and national unity,” the letter reads in parts.

They said that while they believed that besides competence, the president reserved the right to appoint military officers of his choice into the security management team, leaving out officers of Igbo origin in two straight appointments into the position was a clear case of bias against the Igbo nation.

They said, “While it is true that competency should be the criteria for appointment of this nature and not ethnic considerations, we must say that only when there is justice and equity that genuine peace and reconciliation can be achieved.

“We wonder why the Presidency did not look inward and pick one of them in two consecutive times that he made service chiefs’ appointments. What is really the sin of the Igbos? Or are other tribes more Nigeria than others?” it asked.