Socio-Economic Rights and Accountability Project, (SERAP) has sent a Freedom of Information Act (FoI) request to President Muhammadu Buhari asking him to direct the AGF… 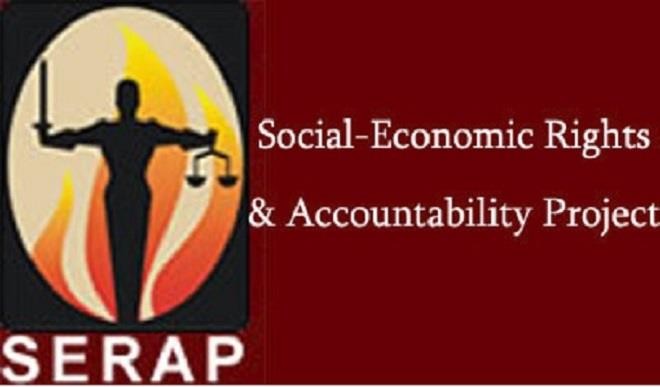 Socio-Economic Rights and Accountability Project, (SERAP) has sent a Freedom of Information Act (FoI) request to President Muhammadu Buhari asking him to direct the AGF and Minister of Finance, Budget and National Planning to publish a comprehensive list of names of people from whom N800 billion in looted funds have been recovered, the details of spending of the money and the dates of the recovery.

SERAP also urged the president to: “direct appropriate anti-corruption agencies to promptly, thoroughly and transparently investigate allegations that payments totalling N51 billion were made into individual accounts in 2019.”

In the letter dated 13 June, 2020 and signed by SERAP deputy director Kolawole Oluwadare, the organization said publishing the details regarding the N800 billion recovered loot and investigating the alleged suspicious payments into personal accounts would be entirely consistent with fundamental principles of due process, and Nigeria’s international anti-corruption commitments.

The information, according to SERAP will also reveal the truth of where money is going and why it is there, and allow Nigerians an opportunity to assess the impacts of any projects carried out with the recovered loot and the alleged payments into individual accounts.

The letter, copied to Mr Abubakar Malami, SAN, Attorney General of the Federation and Minister of Justice and Mrs Zainab Ahmed, Minister of Finance, Budget and National Planning read in part: “The public has a right to know how recovered N800 billion loot has been spent, and the details and purpose of the alleged payments into individual accounts.”

“As a signatory to the UN Convention against Corruption, the African Union Convention on Preventing and Combating Corruption, and the African Charter on Human and Peoples’ Rights, Nigeria has committed to ensure transparent management of public resources, and unhindered access to public information. These commitments ought to be fully upheld and respected.”

“Transparency over transactions by the government is critical to ensuring public confidence in the integrity of management of public resources. The authorities are required to set the highest standards of transparency, accountability and probity in the management of these resources and the programmes that they oversee.”

“We would be grateful if the requested information is provided to us within 7 days of the receipt and/or publication of this letter. If we have not heard from you by then, the Registered Trustees of SERAP shall take all appropriate legal actions under the Freedom of Information Act to compel you to comply with our request.”

According to SERAP, “publishing the details of projects on which the N800 billion recovered loot have been spent and a comprehensive list of names of people from whom they have been recovered, as well as investigating allegations of payment of billions of naira into individual accounts, and the projects for which the payments were made, would also serve the best interests of the general public.”

SERAP noted that in President Buhari’s speech to mark the occasion of the Democracy Day on June 12, 2020, he disclosed that the government’s anti-corruption fight has yielded over N800 billion in recovered loot.

BudgIT, a civic tech organization, recently reported that the open treasury portal by the FG has allegedly shown that payments totalling N51 billion were made into individual accounts in 2019.

SERAP said that it is seriously concerned about the allegations that the FG’s transparency portal shows some payment of naira into individual accounts.