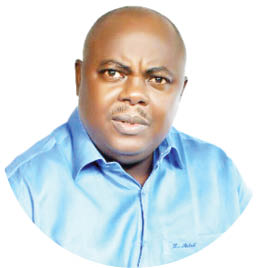 A former Nigeria Football Federation presidential candidate, Hon. Lumumba Dah Adeh, has said the Teranga Lions of Senegal who just emerged champions of Africa had given too much respect to their opponents in the finals of the 2021 Africa Cup of Nations.

The finals which was played last Sunday at the Paul Biya stadium in Olembe, Yaounde between Senegal and Egypt was decided on penalties after both teams fought to a 0-0 draw after regulation and extra-time.

The Teranga Lions who were in their third finals since the tournament began in 1957 held their nerves to beat the seven-time winners Egypt 4-2 on penalties.

Speaking to Daily Trust, Lumumba said Senegal are deserving of their title as he maintained that there was even no reason for them to allow the match to get to extra time.

According to the former member of the House of Representatives from Plateau State, the Teranga Lions were the better side and should have wrapped up proceedings even in the first half of the match.

“I want to congratulate Senegal on their victory. It was well deserved. I am only surprised that they allowed the match to get to extra time. They had enough opportunities to win in regulation time.

“I think they over respected Egypt. They gave them too much respect. The match was there for the taking but they continued to dilly-dally,” said Lumumba.

The proprietor of the defunct Jos City Raiders also rated the finals high as he said both teams deserve commendation for generously advertising African football to the rest of the world.