Senator Sani Musa, who represents Niger East Senatorial District in the 9th National Assembly, has lamented the lack of support for sports in Nigeria, calling… 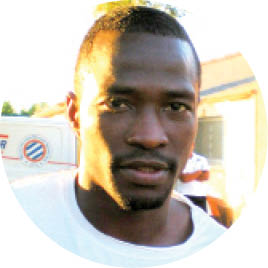 Senator Sani Musa, who represents Niger East Senatorial District in the 9th National Assembly, has lamented the lack of support for sports in Nigeria, calling for increased funding for the Ministry of Youth and Sports Development.

Senator Sani made this statement while receiving the victorious John Utaka Academy, which had returned from a tour of France where they competed against young teams of Ligue 1 clubs.

“The government needs to increase their support for sports and I as a Senator would make efforts to see that the ministry gets the needed support from the federal government.

“Nigeria is blessed with so much talent and we are not doing enough to tap into them. Not all of us can be politicians. Some will be doctors and lawyers while you people have decided to be footballers and we are going to give you the needed support to live your life to the fullest,” he said.

“I did not plan for this because you people are not supposed to be waiting outside before I receive you but I will ensure that once we return from recess I and other Senators will receive you at the National Assembly,” he concluded.

Reacting to the gesture, Communication and Program manager of John Utaka Football Academy, Yusuf Yahaya Garba said the team will be looking forward to meeting their lawmakers.