Anambra State governor, Prof Charles Soludo, has described the security situation in the state as a near-war situation.  Soludo made the statement at the Governor’s… 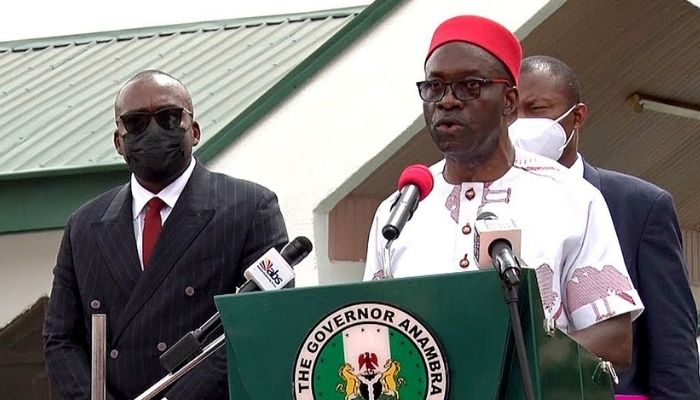 Anambra State governor, Prof Charles Soludo, has described the security situation in the state as a near-war situation.

Soludo made the statement at the Governor’s Lodge Amawbia on Friday, when he received the new General Officer Commanding, 82 Division of the Nigerian Army, Enugu, Major General U.T. Musa.

In a statement by the Chief Press Secretary to Governor, Christian Aburime, on Friday night, he called for an enhanced security partnership to rid the state of criminal elements.

According to Governor Soludo, the country is “technically at war and we must fight with everything we have.” He urged the GOC to pay special attention to the Anambra-Imo boundary axis.

Governor Soludo also extended his condolences to the Nigerian Army on the recent attack by yet-to-be-identified gunmen resulting in the death of three soldiers and a civilian at Umunze.

“Anytime I hear that a law enforcement agent is killed, my heart bleeds…It is plain criminality and we will do anything within our power to contain this.

“We’ve tried to motivate even our vigilantes to join in the business of securing the homeland because security is everybody’s business. I am a victim. They came to where I was campaigning, they shot and killed people. I’ve seen it firsthand. These are not human beings. For me, this is a war that we must win,” Soludo added.

The governor further said that the infrastructure of the criminals has been largely degraded in the state.

Earlier, Major General Musa appreciated the governor for assisting the security agencies in the state, noting that the courtesy call was customary.

“My duty is to ensure the security of everyone in the South-eastern states. We discovered that Anambra and Imo are volatile and that gives us serious concern. The issue of agitation is there, but people capitalize on it to commit crime,” he said.