A security team of policemen and Soldiers have rescued 76 passengers along Funtua-Zaria Road at Gulbala area of Giwa Local Government Area of Kaduna state.… 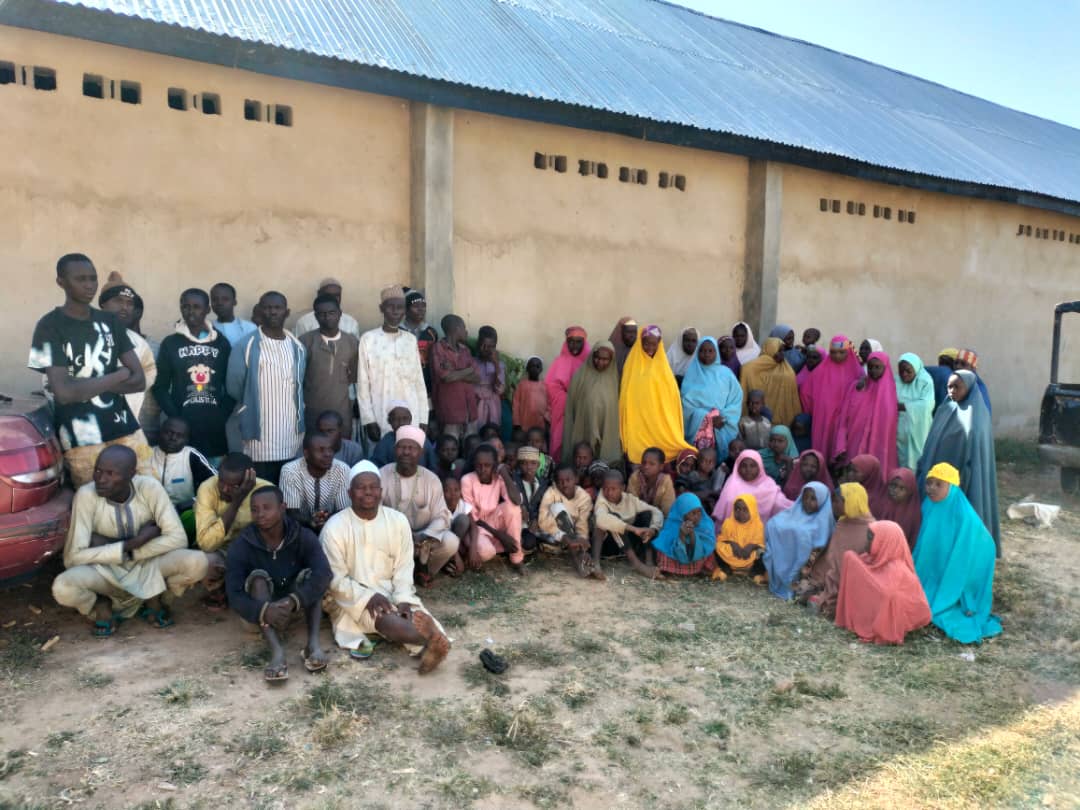 A security team of policemen and Soldiers have rescued 76 passengers along Funtua-Zaria Road at Gulbala area of Giwa Local Government Area of Kaduna state.

They were rescued on Friday when the Police Divisional Headquarters, Giwa, received a report that a large number of bandits wielding sophisticated weapons blocked the section of the road to abduct innocent commuters.

This was disclosed in a statement issued on Monday by the State Police Command Public Relations Officer DSP Mohammed Jalige.

According to him, the police and military were immediately mobilised to the location to dismantle the road blockade, root out the armed miscreants and rescue any victim they may have abducted.

He said on reaching the location, a Ford open truck with Reg. No. APP 667 XG was found and information garnered had it that a large number of passengers on the truck had been moved off the road by the bandits.

DSP Jalige said an immediate rescue operation by the operatives was done into the forest where the bandits were encountered and due to pressure mounted on them by the security operatives, they abandoned their nefarious mission.

“Thorough combing of the forest over several hours by the crack operatives succeeded in the rescue of large number of victims totalling Seventy Six (76) comprising male and females of different ages.”

“Preliminary investigation revealed that the victims who were passengers on the truck were travelling from Sabon Birni LGA of Sokoto State en-route different destinations when they were intercepted by the marauders,” he said.

Jalige also said security operatives were still on operation within the general area in search of the main truck driver and two other passengers who are yet to be accounted for.

He said the Commissioner of Police, Yekini Ayoku noted that the important breakthrough was actualized through a strong inter-service coordination and collaboration emplaced in the State.

He assured that this will continue to be strengthened between and among all the agencies to extricate the public space from the enemies.