The national caucus of the Peoples Democratic Party (PDP) has slated October 30 and 31, 2021 for the party’s national convention. The convention will throw… 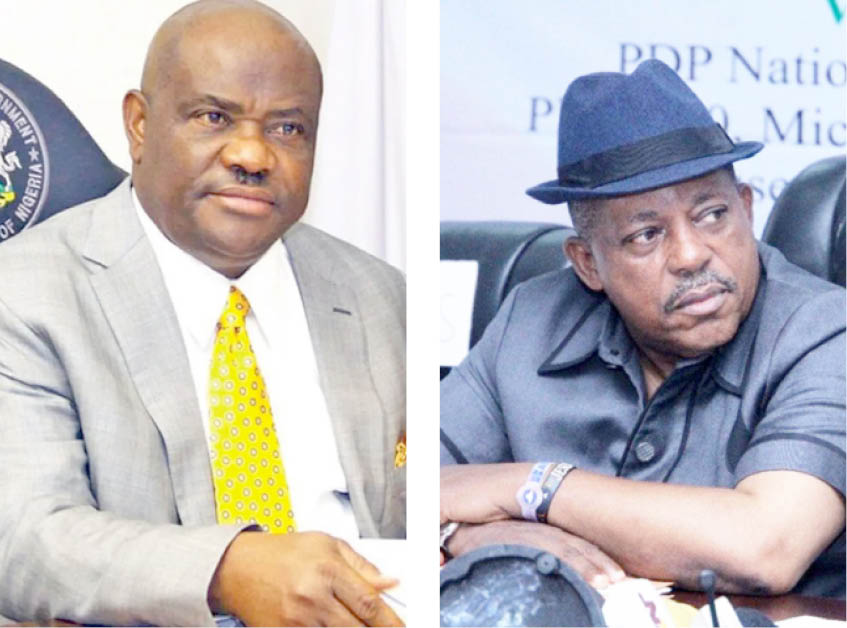 The national caucus of the Peoples Democratic Party (PDP) has slated October 30 and 31, 2021 for the party’s national convention.

The convention will throw up a new crop of National Working Committee (NWC) members who would administer the affairs of the party for an initial period of four years.

A High Court sitting in Port Harcourt, the Rivers State capital, had on Monday granted an interim injunction restraining Secondus from parading himself as chairman and member of the PDP.

This was sequel to the consideration of an ex parte application in suit no: PHC/2183/CS/2021 filed by Ibeabuchi Ernest Alex, Dennis Nna Amadi, Emmanuel Stephen and Umezirike Onucha against Uche Secondus (1st defendant) and the PDP (2nd defendant).

The judge, after reading the affidavit in support of the motion of ex-parte, as well as the written address, and after hearing the submission of H.A. Bello, counsel to applicants, granted the order.

The court order triggered a meeting of various organs of the party, including the Board of Trustees (BoT), PDP Governors’ Forum, NWC on Thursday, where key decisions were reached in order to save the party.

One of the decisions reached at their separate meetings was the adoption of Akinwonmi as the acting national chairman of the party.

There was also a resolution that the party’s national convention must hold in October 2021, and that today would be the National Executive Committee (NEC) meeting.

But after the party’s resolutions, another High Court in Birnin Kebbi, the Kebbi State capital, reinstated Secondus as national chairman and ordered him to resume duty immediately.

Justice Nusirat Umar, in a ruling said after studying the affidavit and written address in support of the ex-parte application, she was satisfied that an interim order should be granted on the purported suspension of Prince Secondus pending the determination of the suit number, KB/HC/M.171/2021.

“An order of this honourable court is granting leave to the first respondent (Secondus) to continue exercising all the constitutional powers of the office of chairman of the PDP (second defendant) as enshrined in both 1999 Constitution of Nigeria as amended and the Peoples Democratic Party’s constitution pending the hearing and final determination of applicant’s motion on notice,” she said.

The suit was filed by three concerned members of the party, Yahaya Usman, Abubakar Mohammed and Bashar Suleiman, through their counsel, Ibrahim Jibril.

But justifying why Secondus has to give way for Akinwonmi in acting capacity, the chairman of the PDP Governors’ Forum and Sokoto State governor, Aminu Waziri Tambuwal, said yesterday after the national caucus meeting of the party in Abuja, that the party was not served the latest order.

“Well, that matter came up, and in view of the fact that we are yet to receive the service of the court order, this committee is going to look with all the parties involved accordingly,” Tambuwal said.

With confidence and optimism that he would be allowed to chair the PDP national caucus meeting, the suspended national chairman of the party, Prince Secondus, who had left his office at the Wadata Plaza, the headquarters of the PDP in Abuja, yesterday stormed the building in a dramatic style for the meeting.

This was when key stakeholders of the party were about to commence the meeting.

Daily Trust Saturday reports that Secondus was apparently banking on the Kebbi High Court order that reinstated him as the party’s helmsman.

While the security operatives at the entrance gate did not stop his entry, multiple sources confided in our reporter that Governor Tambuwal and the chairman of the BoT, Senator Walid Jibrin, played key roles that led to peaceful conduct of the meeting.

Sources at the Wadata Plaza told Daily Trust Saturday that there was a brief meeting, where it was agreed that Secondus should allow Akinwonmi to act as chairman.

Daily Trust Saturday reports that the NEC meeting of today will ratify the October 30 and 31, 2021 national convention date, as well as the adoption of Akinwonmi as the acting national chairman of the party.

Similarly, party bigwigs told our reporter that the NEC, which is the second highest decision-making organ of the party, would today pass resolutions on the constitution of various committees ahead of the party’s convention.

Insiders have explained that apart from ratifying all the resolutions of the NWC, BoT and the Governors’ Forum, the NEC would also pass resolutions on zoning of the presidential and chairmanship slots between the North and the South as enshrined in the party’s constitution, subject to approval by the convention.

It was also gathered that the NEC would reach key decisions and strategies ahead of the November 6, 2021 governorship election in Anambra State.

A party official confided in our reporter yesterday that the NEC would order party leaders to withdraw all pending litigations in court ahead of the convention.

The meeting of Friday constituted a peace panel headed by a former Senate president, David Mark.

Announcing the development to newsmen at the end of the meeting, Governor Tambuwal said the committee would look into the legal issues trailing the party.

“Also, this distinguished body had empanelled distinguished leaders of our party, under the leadership of a former president of the Senate, David Mark to interface with our leaders who are involved in these issues of court, so that all court matters can be now withdrawn for normalcy to return to the party.

“I appeal, on behalf of this body, to all well-meaning members of our party to sheathe their swords. Let us embrace peace because Nigeria is waiting for the PDP. And I believe that we have the capacity to resolve whatever issues we have internally,” he said.

Multiple sources in the party confided in our reporter yesterday that Secondus was insisting on completing his tenure of four years.

Secondus was elected at the December 2017 national convention of the party held at the Eagle Square in Abuja, along with other NWC members. His tenure of four years is supposed to elapse in December 2021.

Section 47 (1) of the PDP constitution states, “All national, zonal, state, local government area and ward officers of the party shall hold office for a term of four years and shall be eligible for re-election for another term and no more.

However, many believe that Secondus may still fight back if he gets the appropriate legal advice on how to vacate the Port Harcourt High Court order stopping him from parading as national chairman.

It is also said that his chances would be bright if he finds himself in the good books of the majority of power brokers in the party and have their backing in the legal process.

Indications have emerged that Governor Nyesom Wike of Rivers State allegedly plotted Secondus’ removal to pave way for his qualification for the vice presidential or presidential slot, depending on the PDP’s 2023 zoning formula.

A former chieftain of the PDP based in Port Harcourt told our reporter in a telephone chat recently that Wike’s alleged plot to oust Secondus was to achieve his 2023 political ambition.

“Wike wanted to be a running mate to Governor Aminu Tambuwal or run for the presidential seat, depending on zoning in the PDP. He is fighting Secondus because he believes that if he comes back for a second term, that calculation will be impotent.

“He is fighting Secondus because Rivers State or the South-South cannot produce the national chairman and vice presidential candidate of the party at the same time,” he said.

Those who “tactically ousted” Secondus have accused him of allowing a gale of defections to hit the party ahead of the 2023 general polls.

The PDP lost three governors to the All Progressives Congress (APC) in recent times, as well as senators, members of the House of Representatives and many others.

The suspended chairman is also accused of not carrying other members of the NWC along in his administration and scheme of things.

Seven members of the NWC recently resigned, alleging incompetence and lack of inclusiveness.

Secondus has also been accused of failing to lead the party to victory in the 2019 general elections.

But reacting in one of his outings recently, he said those who wanted him to go were doing so to hijack the party’s structure ahead of 2023.

But others believe that the problem between Wike and Secondus started prior to the 2019 general elections, sequel to the outcome of the party’s presidential primary poll in Port Harcourt.

Interestingly, Wike played a leading role for the emergence of Secondus as the national chairman of the party in 2017.