Seat of power within striking distance

The boiling frog is an ancient parable which, though disproved by modern science, still holds true in Nigeria. The fable describes a frog being slowly… 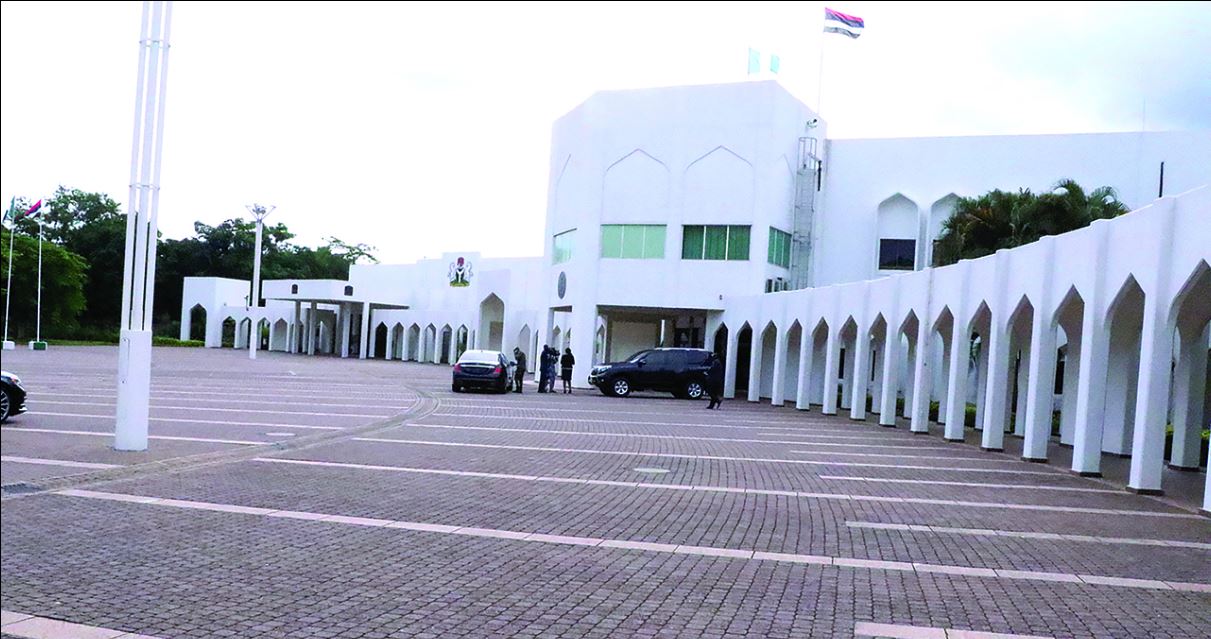 The boiling frog is an ancient parable which, though disproved by modern science, still holds true in Nigeria. The fable describes a frog being slowly boiled alive. The idea being that a frog is put suddenly into boiling water, it will jump out. But it is put into cold water inside a pot that is then put on a stove, it will not perceive the danger. It will keep adjusting its legs as the water heats up slowly until it is cooked to death. This tale is an allegory for the inability or unwillingness of people to respond to threats that arise gradually rather than suddenly.

This parable came to mind as I watched Governor Abubakar Sani Bello’s warning last week that Boko Haram fighters have taken over parts of Niger State and hoisted their black-and-white flag. A string of attacks on villages has filled Minna to the brim with internally displaced persons who left their homes with absolutely nothing. He cautioned that now that Boko Haram is operating freely in a territory just two hours’ drive from Abuja (on a terrible road), the federal capital is no longer safe. ”The situation is critical and it is terrible”, he said, and he was right to be both outraged and desperate.

And then Abuja was plunged into panic. The Central Bank of Nigeria  issued an “enhanced security alert” memo advising its staff on how to protect themselves and their families. It included limiting all social engagements and travels, avoiding going out at night, retiring home immediately after office hours and taking special care to ensure that homes are sufficiently secured by way of reinforced doors and locks. The ECOWAS delegation to Nigeria issued a similar warning with similar phraseology and guidance. Quite possibly other ministries and offices in the federal capital have done the same, out of the public domain. Abuja has effectively been put under another lockdown forced, this time, not by the coronavirus pandemic, but by the insecurity epidemic. But this threat pursues people right into their homes: social distancing may not suppress it.

Governor Bello’s revelation is serious, but this development was neither sudden nor inevitable. It is something foreseen, of which we were forewarned. I myself have been ringing the alarm bells on Boko Haram’s potential expansion to the North West and the North Central for about a year now. I started keeping tabs on this in January last year when I first got wind of the group’s sinister plans. On 15 June, Boko Haram released a 14-minute reference Niger and Zamfara states as part of its domain of operation. Two months later, on August 4, the group released another video with five speakers one of whom claimed to be from Niger. It was at this point that I started flagging the group’s possible presence in this area and urging our intelligence and law enforcement agencies to pay attention and act. I wrote articles, gave media interviews and posted on social media.

One month later, Boko Haram released yet another series of videos in commemoration of the 2020 Eid al-Adha. One of them showed about 200 people observing Eid in the heart of a forest. After the prayer, three commanders spoke saying they were the Niger cell of Boko Haram greeting Shekau and their brothers across the world. I gave more interviews detailing the evidence and warning of the danger if no action was taken. But who in Abuja listened? Who cared? I was invited by several diplomatic delegations in Abuja to brief them on what was going on, but was not contacted by any officials from Niger, Zamfara or the federal governments. In fact, officials, including in the presidency, deployed their culture of denialism and dithering. Even after Shekau released an exclusive video of the Kankara boys last December, they kept insisting that the violence in the North West and North Central has nothing to do with Boko Haram.

The Department of State Service and the United States Africa Command later corroborated my reports, but no apparent action was taken. At a summit on insecurity organised by the Umaru Shinkafi Legacy Foundation last July in which I participated, the Assistant Director representing the Director-General of the DSS confirmed that their intelligence showed Boko Haram’s incursion into this area, but lamented that their reports went unactioned, presumably by the Police Headquarters, Defence Headquarters and the Presidency. If the DSS is dismissed in this way, who am I that they would listen to me? The clearest evidence and consequence of this inaction came last week in Governor Bello’s revelation of Boko Haram’s territorial conquest.

Some have expressed doubt over Governor Bello’s declaration. Let them hear this clearly: As someone who has spent the last decade monitoring and researching Boko Haram and lately the North West and North Central, I can say that the evidence is beyond question that the Shekau faction of Boko Haram has established a cell in Niger State. From last July, the group’s fighters moved from wearing civilian clothes to military and police uniforms. This is an indication that they may be responsible for some of the attacks on security formation blamed on non-ideologically aligned bandits also operating in the state. It is likely from these operations that they have looted the uniforms and weapons they are using. We also know that Ansaru, the al-Qaeda-aligned Boko Haram faction is based in the North West (and by some accounts the northcentral) and ISWAP, Boko Haram’s ISIS-aligned faction have also made advances in the area.

Boko Haram’s consolidation in Niger State is extremely dangerous not only to the North Central, but also to the North West and the entire country. With almost 10 per cent  of our total landmass, Niger is Nigeria’s largest state. Like Sambisa, Niger’s vast mountainous forest, which stretches into the North West, provides a perfect haven for terrorists. In addition to the enormous human and economic costs, Niger houses three of Nigeria’s four hydroelectric stations in Kainji, Jebba and Shiroro, which earned it the nickname “The Power State”. With Boko Haram’s tactic of destroying power and telecommunication bases in the North East, it may target these stations in a move to throw the country in darkness. Additionally, it can disrupt the movement of foodstuff from the north to the south and of fuel from the south by endangering the highways passing through Niger and its neighbours.

More worrying for the Abuja elite. Governor Bello’s warning to Abuja is not a false alarm. Boko Haram’s consolidation of Niger villages puts Abuja within a striking distance. The group may not be able to establish a base inside Abuja – or at least not easily, but it can certainly launch attacks. Shekau has attacked Abuja before and would love to do it again.

One thing may give encouragement. Nigeria’s modern frogs are smarter than our rulers, Now that the seat of power and home of elite is in imminent peril, they may wake up. All the talk about the need to address the root causes of terrorism and criminality is right. But the urgent need is the deployment of sufficient force to contain the deteriorating violence. Unless and until this internal breakdown of law and order is combatted, nothing will work; not education, not the economy, not infrastructure, not diplomacy, not elections.